January 24, 2020
The Claudettes have a brand new album on the way entitled 'High Times In The Dark' and they have just shared 'Bad Babe, Losin' Touch' as a first taste of what's to come. We last featured the band back in March 2018 and I think fair to say were rather impressed to say the least back then. Well fast forward to now and the eleven new tracks and prepare for an upgrade as the Chicago based band deliver some fabulous material. With a couple of more songs scheduled ahead of the album, we hope to dip back in and tempt you even more! === Highasakite make their fourth appearance on Beehive Candy with today's release 'Under The Sun' where the Norwegian band deliver a dreamy, emotional and melodic piece. === As duo's go Nancy deliver an expansive and richly layered sound as is born out by 'It's Just You' a lush and engaging song. === Last month we featured 'Migration Of Souls from M. Ward who is back with 'Unreal City' a flowing and imaginative song. === Ava Kaydo mix psychedelic vibes with dream pop on 'Lucid' a beautiful and melodic piece. === We have the debut single by Sunbather called 'Softly Spoken' which is described as warm and woozy, I'd just add it's an excellent song to garner deserved attention.
------------------------------------------------------------------------------------------ 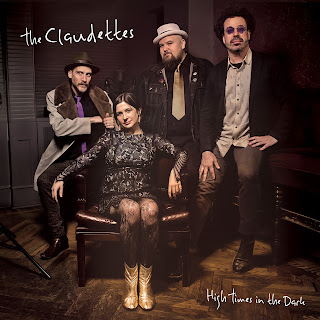 The Claudettes have a new album coming out on April 3 entitled "High Times in the Dark". The first release from the album is the new song available digitally from today 'Bad Babe, Losin' Touch' which is supported by a video. The band intend to share a couple of more songs ahead of the album release.

Johnny Iguana the bands piano player and songwriter commented "I believe it's definitely our best yet". It's produced by Ted Hutt (Violent Femmes, The Devil Makes Three, Old Crow Medicine Show, Lucero) and will be released on Forty Below Records.

The band plan to support the new album with a number of live shows commencing in April. 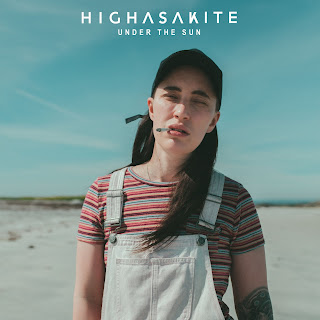 Critically acclaimed Norwegian outfit Highasakite unveil another slice of intimate pop with ‘Under The Sun’, out now via Propeller Recordings. The new track comes just weeks before the bands fast-approaching-album, ‘The Bare Romantic’ Part 2 will be released on the February 7.

Originally written for a one-off live performance on a Norwegian National TV show raising money for Flyktninghjelpen (The Norwegian Refugee Council), the song has become a fan favourite, with many requests for a recorded version, which the band decided to release this year. The new single is also featured in the end credits of Norwegian movie 'Tunellen', which had its debut at this year’s Cannes Film Festival. Talking about the emotionally charged song the band explains; “at the time the media was filled with news about the Syrian refugees. There was such a contrast in how the public reacted to the images of those people in need. While some people answered with plain hate and rejection, other people put their life on hold to help them out.”

Following on last year’s dark and brooding third album ‘Uranium Heart’, the band – whose record-breaking album ‘Silent Treatment’spent over two years on the Norwegian Top 40 chart,  whilst their #1 charting successor ‘Camp Echo’ - saw them cementing their status as one the most important names in Norwegian music. Having proved themselves to be a tour de force on the live circuit, Highasakite have become a renowned international live act - topping the bills of legendary festivals including headlining Norway’s five biggest festivals; Glastonbury, Latitude, Roskilde, and Field Day in Australia, alongside sell out tours spanning the UK, US and Australia.

Highasakite have retained their top spot on numerous Nordic charts, with Ingrid Helene Håvik’s alternative approach to pop writing earning multiple Norwegian Grammy Awards and widespread acclaim from the likes of Pitchfork, NME, MOJO, The Guardian and Vogue. The same year, the band performed at the Nobel Peace Prize Concert, were handpicked by Conan O’Brien to perform on his eponymous talk show and made their USA television debut on Conan in 2017 to perform their single ‘5 Million Miles’.

‘Under The Sun’ confirms Highasakite as a band firmly writing their own bright future, one that will see them be back in the UK to play an intimate show at The Garage in London on 16th April 2020. 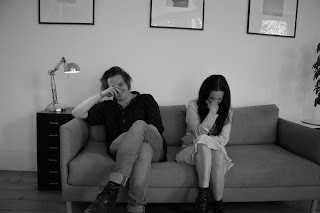 Stick two disillusioned and frustrated artists in a writing session together and that is when, in 2018 Nancy was born.

In the heart of Shabby Road Studios (the North London flat they recorded their home demos in) both members of the band hit upon something they did not know they were looking for.

“ We never intended to be a band, but the songs came so naturally and quickly. We instantly felt a special connection to the music and knew it had created a world of its own ”.

Following the raw, emotive live recordings of their Three birds E.P (2018) a brief hiatus and a handful of TV Synchs in the US, the band began writing back and forth between London and Berlin. Nancy began cutting their teeth in the bars of the Berlin music scene and enlisted the help of producer Noah Booth (Ratboy) for their new single “It’s Just You.”

With a new EP on the horizon, Nancy are ready to take over and pull on the heart strings in 2020. 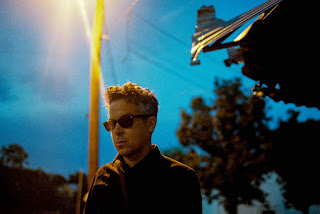 M. Ward has shared 'Unreal City', the second single from his latest album 'Migration Stories', to be released on 3rd April via Anti Records. Captivating first track, 'Migration Of Souls, was released in December.

A prolific writer, producer and performer, M. Ward has established himself as one of modern American music’s most unique and versatile voices. For his tenth album, he journeyed to Quebec, Canada to work with Arcade Fire’s Tim Kingsbury, Richard Reed Parry, producer/mixer Craig Silvey (Arcade Fire, Arctic Monkeys, Florence and the Machine) and Teddy Impakt. Together they recorded a collection of 11 songs inspired by stories of human migration. Languid, hazy and often dream-like in narrative, these songs have their origins in pictures from newspaper and television reports, stories told by friends and tales from Ward’s own family history. At Arcade Fire’s Montreal studios the assembled talents recorded what he describes as “11 largely instrumental ballads - a sci-fi fast forward to a more silent night many generations from here to a maybe-era where movement is free again.”

Says Ward of the stories which informed these songs, “Some time went by, the stories wove together and I remember them now closer to characters in a dream of how people could treat each other than any kind of front-page news realism. I think music subconsciously - whether writing or listening - is a filter for me. Helping to process all the bad news into something new to build from. Some records to me are like self-fulfilling prophecies - visualizing change to wish something into being. Those records inspired this one.”

M. Ward’s music has always felt intricate, intimate and otherworldly. With 'Migration Stories' he breathes beautiful life into vignettes of human flight, blurring the lines between reality and fantasy as it reckons with a world that feels more divided than ever before, even as its inhabitants grow more inextricably linked by the day. With a rich, emotive croon - which Uncut Magazine once likened to “honey drizzled onto a dry creekbed” -  he conveys a huge depth of emotion, captured in the studio, almost entirely on the very first take. 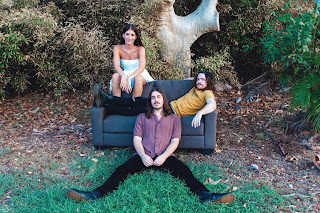 Formed in 2017 and inspired by 'fruit puns and too many beers', Maddy, Ben and Jeremy are ready to take Ava Kaydo out of coastal Central Queensland and spread their track across the indie music scene.

Slow-reverb guitar chords paired with drum progression and hypnotising vocals creating a hazy and aurally blissful soundscape. "We try and achieve a dreamy vibe in all our songs with a groovy beat', and the band have done just that. The track explores the idea of lucid dreaming as a form of escapism from difficult emotions.

"Our single ‘Lucid’ explores the concept of lucid dreaming and how its an escape from shty emotions", explains Maddy Chalk.

Taking notes from Ocean Alley, Tame Impala, Methyl Ethel and DMA’s, Ava Kaydo are a breezy mix of ambient indie rock on the cusp of psychedelia. Amongst creating music, the band are also passionate about keeping the rural Australian music scene alive and have been seen playing alongside names like Kingswood, The Hoodoo Gurus and Tia Gostelow. 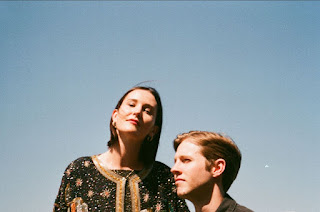 Inspired by the painting Twilight Conversation by Ron Hicks, the artwork shows two girls lying on the grass talking to each other, with an ease to their body language that suggests intimacy.

The painting reminds me of the winding conversation that happens between friends, and the value in paying attention. The lyrics to the song explore the small details that make up a life shared, and are a reflection on the need to be gentle with one another,” Sally explains.

Sunbather’s adept sound comes courtesy of ex-OKBADLANDS' Sally Latter on vocals and bass, alongside Mike Todman on guitar, joined by Stu McKenzie (Good Boy, Future Haunts) on drums. With both Sally and Mike's musical background typically in different roles, the idea of Sunbather was to encourage each other in singing and guitar-playing respectively, both out of their comfort zones.