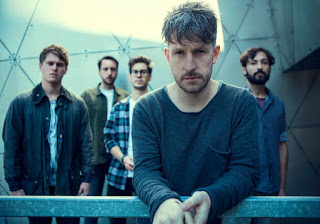 Irish London-based, dark indie soundscape group, OFFICER, announce the live London session of their new heartbreaker single, “Heavening (Watch Out Bottles)” from their forthcoming album NIGHT TENNIS, due out February 28, 2020. The album and its singles explore deeply personal experiences from the life of central songwriter and figure, DC Logan. It is awake with emotional intelligence and spans Irish folk, singer-songwriter, alt-country, soundscape, and electro influences to create a signature indie sound. This song is a marker of an album where Logan has managed to create something very unique that can actually be called his own sound, which is a rare enough experience these days that it’s a little shocking to come across.

This is a truly unique and enchanting love song overflowing with the guts and glory of real experiences of deepest commitment that carries you on a stunning journey of hurt, loss, redemption and hope: What happens after first love, when life throws everything including the kitchen sink at you and you have to come of age, grow up, get your hands dirty, commit yourself to the triumph and turmoil of a relationship? What happens when love demonstrates to you that you need to examine your heart and head and take on the war of changing from the inside out? There’s a real struggle with your own self and demons in this gorgeously melodic, organic vs mechanic, soundscape song, that features mobile phone recordings of waterfalls, London Underground tube trains, distant conversations, automated tannoy announcements, studio fumbles, night shelter cooking noises and door bells, and city snow blizzard winds. 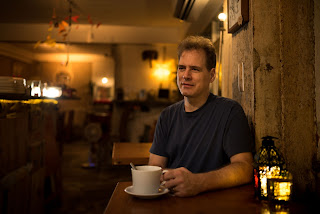 This release is equally recommended for fans of Alan Watts and Eckhart Tolle as well as songwriting icons Sufjan Stevens & Simon & Garfunkel.

Undoubtedly prolific and constantly inspired, Path Overgrown is the fifth album Todd Warner Moore has written and recorded in just eighteen months (the first was Birdsong in June 2018). And the songs keep coming. Todd is currently working on several new releases, ever expanding into new musical and experimental territory. 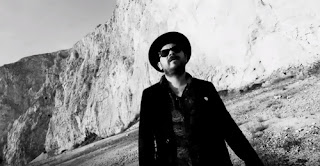 "The Deal" is the first single taken from "Honeybirds", the first solo album for the Italian/American songwriter Joseph Martone, already known for a bunch of full-length released in the past decade as Joseph Martone and the Travelling Souls.

The album "Honeybirds" will be released worldwide March 20th, 2020, and it's been produced by Taylor Kirk from Timber Timbre.

Joseph Martone is an Italian-American songwriter who draws on the sounds and rhythms of these two environments and cultures to create his own unique style of music. His songs are honest, often painful explorations of his childhood and adolescence spent between Italy and the USA, painting pictures of his extraordinary life and featuring a colorful cast of characters who have contributed to his story. These are songs of love, pain, family, friendship, betrayal, time and memory.

Honeybirds was recorded between Napoli (Trail Music Lab Studio) and Montréal (at Sky Barn Studios owned by Richard Reed Parry from Arcade Fire). It was mastered by Harris Newman (Wolf Parade, Frog Eyes, A Silver Mt. Zion, Vic Chesnutt, Astral Swans, Carla Bozulich). The themes and sounds of the record have taken a darker, more reflective direction, with Kirk bringing a majestic, wide screened scale to Martone’s work, delivering a true emotional weightiness to the performance of the songs.