February 28, 2020
me&you have released 'S.O.L' today and its a natural Americana song where folk and country come together beautifully, the dual vocals enriching the track even further. === Singer songwriter Arielle Silver shares her brand new song 'What Really Matters' where the poignant lyrics are passionately delivered on this powerful Indie folk piece. === Today Carroll release their third album 'Leap and the Net Appears' which is streaming in full below, we have already shared the song 'Fern' from the collection, and I have to say the album has lived up to the promise that track hinted at. === From Sydney, Australia we have Casual Fan and their latest song entitled 'Flight', it's a gently paced alt rocker with gorgeous vocals and background harmonies and some refined musicianship. === Reckless Kelly share 'North American Jackpot' which is a timeless country rocker with just a hint or two of Southern rock vibes. === From London we have Lial and the song 'Embers' which is released today, it's an electro pop song with plenty of feeling and emotion. === Rue Snider makes his seventh appearance on Beehive Candy with today's release 'Oklahoma' a gentler ballad that is both melodic and quite personal sounding.
------------------------------------------------------------------------------------------

me&you, formed of siblings Karlee and Connor Hormell, are an Americana duo from Sacramento, CA. Their new single, "S.O.L." is a country-folk slow burner about bad timing in a relationship. The single will be released Friday, February 28, ahead of their debut as official showcasing artists at SXSW 2020.

About me&you: "My brother and I always tell each other: all we have is me and you," explains Karlee with regards to their band name. The siblings have been playing music together since they were kids, but the band really came to fruition when they went on a month-long campervan trip in the backcountry of New Zealand and ultimately wrote their debut EP, Chasing Trails.

Since then, the duo has shared the stage with Dwight Yoakam, Barns Courtney, John Paul White (Civil Wars), Bastille, and others and has been sponsored by Patagonia, REI, SC Vans, and Visit Sacramento. 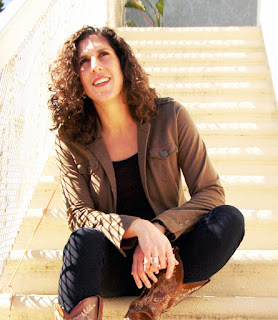 In November 2018, there was a shooting at the Borderline Bar in Thousand Oaks, CA. The next day, the Woolsey and Hill fires broke out, burning over 96K acres of Southern California. People who were still wrapping their heads around losing 13 of their neighbors in the shooting were now having to pack up whatever they could to evacuate the fires that were rapidly heading their way. One of these nearby residents was Americana singer, Arielle Silver.

After these tragic events, Silver began to think about what really matters most when you are facing a tragedy and from that, her latest single was born. "What Really Matters" is released today Friday, February 28.

Arielle Silver crafts songs that are luminous, literate, and alive. A Thousand Tiny Torches, the singer-songwriter’s new Indie Folk Americana collection, is a testament to her renewal of inspiration, the rekindling of dreams, and the redemptive power and connective compassion that defines her artistry.

Her rich, expressive alto voice frames expansive melodies that echo the American heartland. Now based in Los Angeles, Arielle knows this geography well. A performing itinerary transported her from Club Passim in her adopted hometown of Boston to venues including Eddie’s Attic in Atlanta and Nashville’s 12th & Porter, plus stops to the Southwest, as she steered a vegetable oil-fueled vehicle across Texas to Abilene, Odessa and Austin. 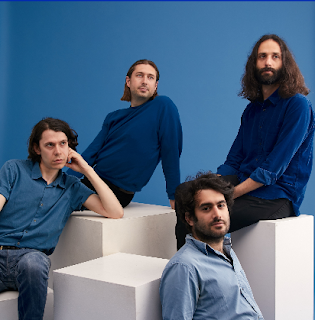 Leap and the Net Appears (out February 28th 2020 on Shattered Orb Records) is the third album by the Philadelphia band Carroll. The album takes the band’s outrospective sonic palate to glistening new heights and some of the murkiest depths of their career. Recorded in the band’s subterranean bunker in Philadelphia and at Berlin Studios in New Jersey, the record captures the first moments of a hibernating bear blinking into the sunshine after months in its den. On songs like first single “Fern” and album opener “2 Have U,” we see a band with one foot firmly planted in the void while cautiously approaching the light.

After years on the road and stints opening for the likes of Dr. Dog, Whitney, and Jessica Pratt, the four members of Carroll are learning to stay in place. “I tried fixing the holes inside / then I covered the door in your color,” sings frontman Brian Hurlow on “Nona.” Home improvement and domesticity butt up against inner turmoil in songs about unsettled settling. “This one has been a crazy year of tearing the yard apart,” Hurlow reflects on the sublime album closer "Bemy."

Underneath Hurlow’s plaintive delivery swirl the dense psychedelic landscapes the band is known for. The propulsive, liquid bass lines of Charles McClung are a second narrator throughout the course of the album and Max Kulicke continues to create microclimates and sonic storms with his atmospheric guitar. The record’s tasteful and varied synthesizers seem to bubble up from beneath the understated beats of drummer Charlie Rudoy, while the tender saxophone work by free jazz explorer Gabriel Garcia polishes off what are the most enveloping grooves of the band’s career.

The first lines of "Fern" are an apt metaphor for Carroll's newest record: "I'm a fern with the leaves curled up / in the light I extend and unravel." As you spend time with Leap and the Net Appears, the album unfurls, blooms, and blossoms around you 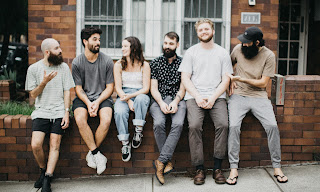 Casual Fan is a musical collective from Sydney, started when songwriter Nathan moved from his home town of Newcastle to Sydney’s Inner West and pulled together some new friends to take his folk songs in a different direction. The result is a dynamic mix of subdued interludes and frenzied refrains, with Nathan’s resonant vocals and intricate guitar work providing a unique through line for the listener.

“Flight” is the first single from Casual Fan’s forthcoming debut album “I’ve Dreamt About These Days”. Recorded with Mark Myers (The Middle East, The Starry Field), it’s a song about being stuck between where you are and where you think you should be.

Listen as rich guitar tones and yearning vocals soar over unique rhythms to create a song that’s nostalgic like the Australian summer — like it’s 38 degrees and you’re packed into your friend’s ’97 Nissan Pulsar on your way to the beach in late February. 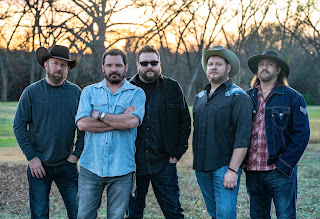 The Austin, TX-based country rock band Reckless Kelly released “North American Jackpot,” the first single and title track from their upcoming album American Jackpot (out May 22 alongside their album American Girls). The song will be available everywhere tomorrow but you can hear it now on Taste of Country.

“Writing ‘North American Jackpot’ I kept hitting a wall with the verses and the theme,” says Willy Braun, who co-founded Reckless Kelly with his older brother Cody Braun and drummer Jay Nazz in 1996. “Trouble was, I kept going back to my first idea, a story about my grandparents, which wasn’t really going anywhere, but I couldn’t get away from it. I  thought, I’d have to scrap this one till it made sense… the problem was, I’d already started writing the rest of the album and was close to being finished, but the title track, 'North American Jackpot’ wasn’t close to being completed, and far from the cornerstone it needed to be. I called Jeff Crosby, songwriter extraordinaire from the Gem State asking for help. The next day he sent a nearly perfect first verse that got me out of the rut and on the right track. I wrote a second verse almost immediately and we polished it up in Boise a couple weeks later. I had my cornerstone.”

For nearly 25 years, Reckless Kelly has graced the musical landscape with a high-powered form of Americana, equally rooted in raw passion, refined musicianship, and gritty authenticity. With the dual release of two new albums—American Jackpot and American Girls—the Idaho-bred band presents a beautifully detailed portrait of their beloved country, turning their nuanced songwriting to its many glories and tragedies. “North American Jackpot” appears on American Jackpot, throughout which Reckless Kelly joyously examines what they most cherish about their homeland, exalting everything from the thrill of mule-riding through the Grand Canyon to the country’s singular potential as a cultural melting pot. At the same time, the band never shies away from calling out forces that threaten America’s character. To that end, the album is bookended by two piano-driven tracks with lyrics lifted from the Emma Lazarus poem inscribed at the Statue of Liberty: the full-hearted and hopeful “North American Jackpot,” and “Goodbye Colorado #3” (a quietly impassioned response to anti-immigrant rhetoric).

For American Jackpot and American Girls, the band called upon friends and fellow musicians Bukka Allen, Jeff Crosby, Charlie Sexton, Gary Clark Jr., Rosie Flores, Shawn Sahm, Muzzie Braun, Suzy Bogguss, Wade Bowen and many more to join their recording sessions. Although Reckless Kelly initially intended to make just one album, the project took on a life of its own once they headed into the studio. “I wanted to produce this one by myself, just to try that out, and I made sure to book plenty of studio time to get it done right,” says Willy. “We ended up moving along really fast, so I pulled out a few more songs and figured we’d end up using them down the road. Before we knew it, we had enough material for two really good records.” 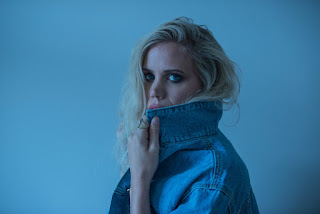 Lial is a London artist making a haunting and melancholy strand of electronic-pop, laced with a hypnotic and sensual vocal which has been likened to a mix of Kylie and Billie Ray Martin. On 28th February, she releases brand new single Embers ahead of the release of her second EP, Made To Break, which follows in Summer 2020.

Lial sites artists such as Låpsley, Sia, and Lana Del Rey as influences, with her sound encompassing echoes of each. Lial’s enveloping minimal arrangements recall Låpsley’s dark, brooding alt-pop but coupled with Sia’s glistening pop-sensibility. There’s also a touch of Del Rey’s sultry heartsick delivery, weighted by the subject matter of Lial’s songs. New single Embers is about the struggle of removing oneself from a destructive situation which is simultaneously addictive. The song’s darker undertones are laced with a wistful edge which Lial describes as “the recognition there is something good that could have been, even as you try to draw a line under it all.”

After performing live as a professional singer at big sports events including England Rugby matches, Lial began working on her own music. In 2019 she shared her debut Heart Scars EP, self-released and unpromoted, it organically accumulated over 68k Spotify plays, UK and international blog posts for its lead title-track, and fans in a wide range of places.  Lial found music from the EP shared and championed on social media by fellow songstress Pixie Lott and actresses Lily James, Michelle Dockery and Jo Froggatt (among many others).

Embers is released as a digital single on 28 February. It is written by Lial alongside co-writer and producer Gregor McWilliam and mastered by John Davies. Lial’s Made to Break EP follows in Summer 2020. 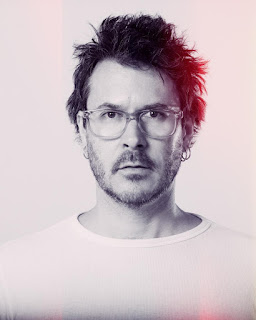 Brooklyn based Rue Snider today releases his new song Oklahoma. Rue tells us "It's a ballad about a sex worker. It's quieter than the stuff I've been putting out lately".

Singer songwriter Rue Snider combines 80s alt sonics with a lyrical style reminiscent of 60s rock revolutionaries. His sound and ideals are both a reflection of and a reaction to growing up during the 1980s in a small town.

The tone of his hometown and it’s conservative foundation spawned Rue’s progressive values and belief in social justice. His home filled with records by Neil Diamond, Elvis Presley, and Air Supply, and his elementary school music teacher father propelled his love for music and interest in performance. Investments were made in lessons on piano, cello, trumpet, and eventually voice, which were met with the same embrace any free spirited young person attaches to something they are forced to do.