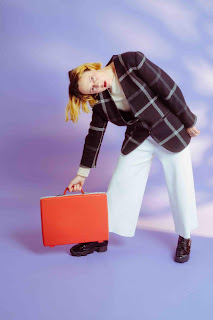 Today, Kalbells (the project led by multi-instrumentalist and songwriter Kalmia Traver) announced Mothertime, a four track EP she co-produced with Jeremy Malvin (aka Chrome Sparks). The cathartic lead single and accompanying music video for “Cool and Bendable” was also released

Mothertime will be out April 10th, 2020 and is now available to preorder via NNA Tapes. This spring, Kal and her band will bring their new material to select dates in North America.

In April 2015, Kalmia Traver (Kalbells, Rubblebucket) had just come out of an intensive 2-month writing retreat with 27 songlets in hand, 10 of which would become Kalbells’ debut album Ten Flowers. Jeremy Malvin (Chrome Sparks) loved what she shared with him then, and the two began regular co-production sessions in his studio in Brooklyn, where classical percussion ensemble So Percussion also worked. Drawing inspiration from the abundance of acoustic sound-makers all around, Jeremy performed marimbas, cactus shakers, and massive bass drums, while Kal layered flute arpeggios, penny whistles, and saxophones through tape echo to make smooth harmonic waves of rainbow velvet layer cake. They pretended to be an orchestra. 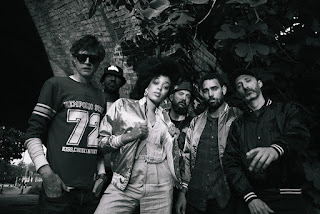 The Hempolics drops the video for their recent single ’Bongadashi’, the third cut taken from their upcoming second album ‘Kiss, Cuddle & Torture: Volume 2’, planned for release in April 2020 through their own record label Zee Zee Records via Kartel Music Group. The band will also support Toots and the Maytals farewell UK tour in May.

In the words of the band’s mainman and producer Grippa Laybourne - who has previously worked in the studio with a variety of international top acts like Mattafix and Faithless – ‘Bongadashi’ is “a pure British reggae-funk stomper full of swagger and verve”. The song is about the inherent danger on the streets whether in London or Port of Spain in Tobago, the home of Hempolics collaborator Franz who lends the vocals to the track. “When fear comes out of the blue, when you’re walking down the street and someone starts on you not sure whether you’re safe or not on the streets - Bongadashi coming,” Grippa adds.

The Hempolics’ blend of Reggae, Hip-Hop, Dancehall and Pop has already been heavily supported across UK national radio by BBC Radio1, BBC 1Xtra, BBC Radio 2 and BBC 6Music, where the band had three playlisted singles. They went on to have 6Music ‘Album of The Day’ and were subsequently chosen by Liz Kershaw's pick for 'Album Of The Year', after an impressive live session for Lauren Laverne.

‘Bongadashi’ is another stand out track and a statement of intent ahead of their forthcoming sophomore album and support slot on the Toots and the Maytals farewell UK tour in May, playing at O2 Academy in Bristol on Friday 15th May, London’s O2 Academy Brixton on 16th May, Leeds’ O2 Academy on Fri 29th May and Manchester’s O2 Apollo on 30th May. 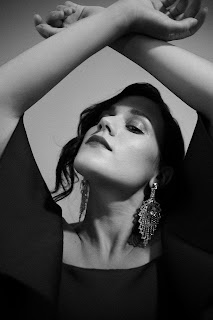 Malena Zavala has today released the title track from her upcoming new album ‘La Yarará’, available April 17 on Yucatan Records. The follow-up to her critically acclaimed 2018 debut ‘Aliso’, ‘La Yarará’ cements the Argentinean-born, UK-raised musician as a songwriter with a unique perspective on where she’s from, where she’s headed and where her music can take us.

‘La Yarará’ draws from the various aspects, colours and shades of Latin music and culture: cumbia, Afro-Cuban, Afro-funk, Andean folk, Argentine folk, bolero-son, and in the case of the title track/new single, reggaeton. The percussion deliberately evokes the sinuous movements and character of a serpent.

“The yarará is a venomous snake, a viper, in Argentina,” explains Zavala. “It’s also used as a diss to a sassy woman, and my parents always called me that, so I’ve named the album that as a kind of in-joke.

“With the whole album I was researching every single Latino rhythm and style. With ‘La Yarará’ I started on reggaeton, but wanted to make it in my own way. I also wanted to make a song that’s really angry. And when I do that live, it is a challenge, because I normally sing very sweetly,” she admits. “But I’m trying to summon that yarará.”

‘La Yarará’ is the third single to be taken from the  album following 'En La Noche' and 'I'm Leaving Home'. Zavala will follow the release of ‘La Yarará’ on April 17 with a headline show at London’s Courtyard Theatre on April 23.

Born in Argentina to parents with Italian passports, Zavala’s family relocated to Hertfordshire when she was a small child. She began her musical journey in a band with her brother called, Oh So Quiet. At the time she tried to write songs, “but they were really shit so I concentrated on being a performer. But then my brother met a girl and moved to LA. So I decided to do my own thing. And I wrote my first album.” 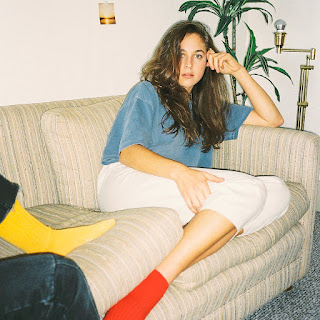 I was sitting on a couch next to a buddy (tbh, a potential more-than-buddy… we’ve all been there).

I don’t co-write very often, but there was a playful willingness in the room. I started off with a very Andy Shauf-esque melody; a creative inspo to many in our scene. I led with melody and my potential more-than-buddy followed with chords.

We made a little voice memo which he coined “jenny on a couch.” I wrote the lyrics later. The curiosity and hope about a relationship, as well as the frustration and heartbreak that ensues when one doesn’t work out, inspired my words.

It feels like walking a tightrope sometimes – the excitement, the back-and-forth, the risk. All of these emotions, in real time, take place with you sitting on a couch beside someone. I keep walking. I keep carrying all of these moments in my pockets. They are important and each human is important, not whether I have control of the narrative of my life.