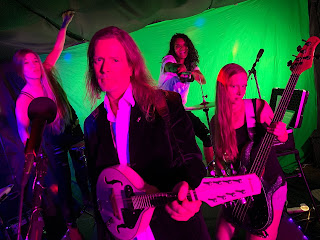 As usual, Christopher Sluka's lyrics here are thought-provoking and metaphorical, observing the human condition with a loving eye and a wry sense of humor.

The Eric Bishop-helmed music video features a strong cast of talented humans and puppies for your gushing pleasure. Message from the Artist: "Visit the nearest shelter and find a pet to rescue YOU!" 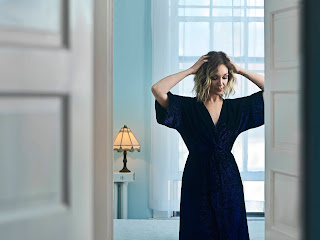 KINLEY is a talented songwriter and multi-instrumentalist who spent ten years touring the world as a member of the band Hey Rosetta!. When not on tour with her friends, she finds time to write and record her own music.

KINLEY has just released her new self-titled album. The album was produced by Colin Buchanan (Sorrey, Paper Lions). This is her second album working with Colin at The Hill Sound Studio in Charlottetown.

According to KINLEY the process was an easy stating, "we work well together and the recording process flowed nicely. I would bring my songs written in chicken scratch on my notebooks, a bunch of snacks, and after we got all the gossip out of the way we would record. I really love the pop sensibility that Colin adds to songs. He really made them more exciting." 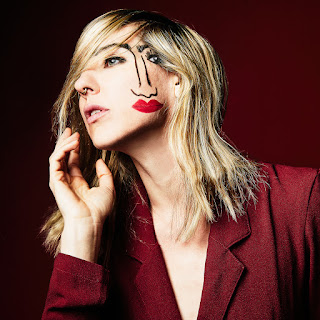 Katie Burden's atmospheric art rock has an ineffable, visceral quality to it. Her taste for the theatrical and shamanistic delivery often conjure up the ghost of Jim Morrison but in a modern context, her sound falls somewhere between Perfume Genius and CocoRosie.

After being raised in a small hippy town in Colorado, Burden spent her formative years bouncing around NYC and San Francisco. In 2012 she moved to LA, and after attending a meditation retreat, synchronistically fell in with a group of blue chip musicians including Jennylee and drummer/producer Norm Block (L7, Jennylee, Ghost Recon Breakpoint) who became the catalyst behind her future output. Together they recorded Burden's 2014 debut EP My Blind Eye and the 2016’s full length KP Strange Moon, which garnered overwhelmingly positive press from tastemakers such as Magnet, Noisey, Nylon and Flaunt.

In 2017 Burden moved to Long Beach, composing new material in a house behind a periwinkle fence while studying to become an art therapist. The songs that would eventually come to make up the Edge of Sleep EP were initially inspired by dreams, liberally taking unexpected twists and turns without needing to conform to songwriting norms. “There’s that ancient Toltec wisdom that describes our conscious life as a waking dream that we sort of project into the world,” Burden reflects. “Edge of Sleep’ refers to an occurrence that shakes one from their waking dream and brings about a new perspective or way of seeing.”

Back in the studio with Norm, the two artists began the process of committing this collection of versatile and inventive songs to tape, looping field recordings, playing handmade bells, and sifting through a sea of tones to find the correct colors to flesh out the songs. The final recordings are like insulated worlds, pregnant with moody little moments and cathartic performances, dark and unusual, brave and innovative. “People tell me that when they listen, it stirs something inside them that they can’t quite put their finger on,” says Burden. “I love the idea that this music is soliciting a hard to define pang of emotion for people.” 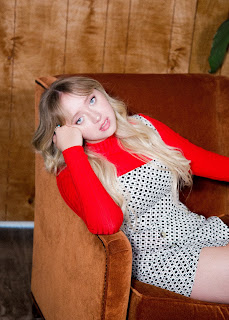 On the fourth single taken from her forthcoming EP Connecticut, Los Angeles-based folk-pop singer/songwriter Emma Charles pulls out all of the emotional stops for a heartfelt new song of the same name, that maps out the musician’s journey from her hometown to a new life in California.  One of three new Doug Schadt-produced tracks on the four-track EP (Shaed, Maggie Rogers), “Connecticut” takes a hushed, chiming guitar-based melody that provides an evocative backdrop to the story of her cross-country journey and slowly builds to a gorgeously transcendent crescendo.

The Connecticut EP was released digitally on February 21 on Sky Records, the pop unit of the Resilience Music Alliance. It is the follow up to her recent singles “You” and “Vertigo” (which appears on the recent NOW That’s What I Call Music! 72 as a featured “What’s Next” selection.

Says Charles: “Doug and I wrote this song about my cross-country road trip from Connecticut to Los Angeles in early 2019. The song encompasses my journey from what’s familiar to what’s not, and reminds me to appreciate Connecticut for what it was able to give me. Detailing the car trip literally while emphasizing the underlying appreciation for home and childhood is why this song is one of my favorites I’ve written. Doug was able to channel that emotion with his stunning production, building the track from minimalist to an explosive but tastefully emotional ending.” 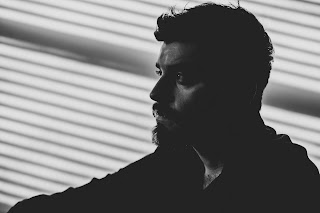 Frank Moyo - Friend Of Mine.

Frank Moyo is a slow player in a fast world. The Canadian-Italian singer, songwriter and guitarist serenades like a busking bard of the 21st century. His Waves EP and singles “OK Dolce” and “West End” have already cultivated a reputation for Moyo in his hometown. But describing the singer as a suave, smooth and sultry voice with soft hands on the strings is too simple. Discussing feeling with the artist is more candid. “I want people to be able to imagine they are on a beach in Italy when listening to my music,” he says. But while one track might take you to the beach, “another may take you into a car going 180 miles per hour.”

Growing up in Toronto Moyo first learned chords as a child, picking up what he could from family, friends and later the live shows he could get into. It wasn’t long until his bandmates and him we’re sneaking into their own performances. With a taste that meanders from Motown to James Brown and Isaac Hayes to Italian icons like Lucio Dalla and Toto Cutugno, Moyo’s sound is hard to pin down. The folk- informed rhythms that Moyo employs on tracks like “OK Dolce” mingle with pop sensibilities and the laws of ancient attraction that seem as rooted in Greek mythology as they do Johnny Cash’s “Folsom Prison Blues”.

As things speed up in an industry that’s begging to slow down, Frank Moyo is a voice of reason, and it sounds good.