Previously released lead album track “Bloom” is the band’s response to the obsession of perceived beauty in perfection. Follow-up single “Magpie”, out today, is a glistening slice of dream-pop which examines the tempting allure of love and acceptance. "A Magpie-type lover and all that comes with it, luring us in to the hope of a beautiful relationship", explains frontwoman Sarah Palmer.

A gripping tribute to the unassuming heroes on the fringes of society, Fassine's new collection is bolder than ever, elevating the London trio’s distinctive take on electronic music with heavier, more aggressive instrumentation. The band has garnered acclaim from The Guardian, The Independent, Clash and more with comparisons spanning Trent Reznor to Berlin-era Bowie.

Since their last release, Fassine’s XTC cover of “That Wave” appeared on the Sky Arts documentary on the seminal band, This Is Pop. Their track “Whatever It Takes To Help You Sleep” played as the backdrop to Netflix’s first feature film “Velvet Buzzsaw”, and ”Leaves” was featured on Oprah Winfrey’s Queen Sugar. FORGE means ‘to create something strong and enduring’. With this new album, Fassine has embodied the grit and grime of their personal heroes and wield an industrial and hard-hitting piece of craftsmanship. 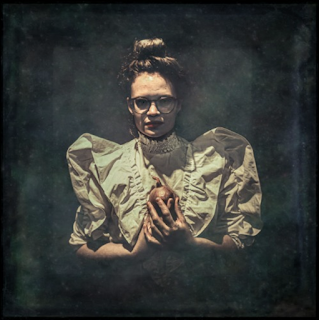 London-via-Pembrokeshire songwriter Penniless Cove (aka Phoebe) has always taken a left field approach to creating music. Performing a number of different instruments, her tracks lean on a number of various genres, bringing elements of Folk, Blues, Jazz and Pop together in a unique vision of her own work. Her unique brand of songwriting has led to tours across the UK and Europe in recent years including performances at Latitude Festival and Cheltenham Jazz Festival. She’s also performed alongside Imogen Heap in London and was invited to perform on Radio 4’s influential ‘Loose Ends’ earlier this year.

A music obsessive from a young age, Phoebe studied classical piano growing up in rural Pembrokeshire, before also picking up French horn, guitar and jazz vocals. She performed with a number of orchestras and bands while writing with her sister (who she still writes with to this day). She was a regular on the live circuit in Wales before moving to London to study music and develop her sound further.

I grew up in a pretty but small town with not-so-much to do. I was in all of the music groups I could find, which meant playing as many instruments as possible, including learning the French Horn. As a teenager, I was in a feisty girl band in my friend’s attic and did a lot of hanging out on the beach, singing songs around fires. Although my parents didn’t play instruments, they were really into music from different corners of the world - I remember lots of wild dancing in the kitchen.

She soon found herself releasing music and debuted her EP ‘Out on a Roof’ in 2012. She then followed up with her album ‘Tipped Like Titanic’ in 2016, with each release developing her sound and style in new ways. Her first two releases received support from 6Music, Folk and Honey and BBC Radio 4. Her new album “Onion Peel’ ebbs and flows between haunting pieces of dark folk such as “River Lea”, and satirical songwriting gems such as “Time to Get A Cleaner”. There’s a vibrant honesty throughout the record, that feels as raw, awkward and emotive as the stories she tells. On the new album, Phoebe states:

It’s a break up album - the songs all share similar themes of change, sadness and feeling lost. They highlight moments like being inside an argument (Silence Sits Like a Boom), the feeling of deep longing when you’re trying to sleep (Valium) or wanting something to grow when you’ve invested so much (Petits Filous). With my sister, we drew out the intricate details that make it personal, honest and at times, funny. There are lots of influences in the album. When writing, rehearsing with the band and producing with Tom, I listened to a massive range of music. A lot of folk, jazz, soul, and funk, but also quite niche music from different cultures, so I think lots of those sounds come through. 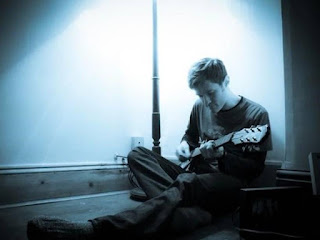 As the title suggests, UK producer Stumbleine’s seventh album ‘Sink Into The Ether’ offers a deep submergence within a celestial upper region somewhere beyond the clouds. Thriving on the space in between things, ‘Sink Into The Ether’ is chilled, heavenly and thought provoking. It’s another multi-faceted creation of glowing sonic vistas that are set to enrapture in 2020.

The album envelops the listener from the outset with the soft, pitched sway of “Sonder”. The track ebbs through calming shadows, showcasing Stumbleine’s warm, electronic glow and gamut of influences, with hushed hypnotic delayed sounds, vocal samples and snappy beats.

Stumbleine’s skill at blending an array of electronic timbres washes over the largely instrumental record, exemplified in “Supermodels”, with its lo-fi chorus-drenched haze building to an emotional, percussion-driven climax. Here, and scattered about the album, RnB vocals are chopped-up, but glistening a dark, dreamy hue. A cover of the Hole song, “Malibu” features Elizabeth Heaton of Midas Fall. Her delicate, dream-like vocals waft over the hazy instrumental waves like tendrils of smoke, as they both grow ever more desperate, and slowly crash.

Elsewhere on the album tracks like ‘Lost To The World’ come together more immediately with flourishing synths and soaring backdrops overlaid by a heady bass and intricate beats, while ‘White Noise Therapy’ invokes a cinematic Tokyo-set film score peppered with playful soft pianos. “Lost To the World” swings in addictive pitched-vocal punches, circling itself into a spiral. “Your Angel Was Fake” has a hopeful darkness about it, recalling electronic shoegaze and witch house artists of the early 2010s. It scales and then pulls away, at once breathing and stopping, full of blanket synth pads and subtle snaps of percussion.

Also known for his work in post-dubstep trio Swarms, Stumbleine has steadily built a cult of admirers around himself following collaborations across his varied albums and EPs with the likes of ASA, Shura, Violet Skies, Birds of Passage, Steffaloo and more. His sound, if it can be compared to anything at all, straddles post-rock shoegaze soundscapes with ambient electronica and experimental movements into something that can be both an ASMR hug to the ears yet also similarly arresting, fractured and off-kilter depending on which way things flow. As different sounds shift in and out, narratives become clear slowly and disappear quickly throughout Stumbleine’s kaleidoscopic visions. The album will be available on digital platforms, CD and a pressing of 500 LPs on cream vinyl with a free album CD inside.