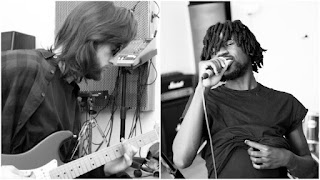 Derayernah is not just a band name: it’s a feeling; a spirit animal; a footnote at the bottom of a religious text; a foghorn in the night directing you to another realm. It’s no surprise then that the band have chosen now to introduce the world to not just their debut album, “In Joys” but also a brand-new single, “Siberian Scopes”. Derayernah chose not to promote “In Joys” last year: “We didn't promote our debut album because we wanted to wait for the Consummation of All Things to draw nearer, the end of the world. That time is now".

Though time is running out for music lovers to experience the unruly whirling dervish daymare of 1920s Dadaism, lyrical surrealism and knowing humour (sometimes lost on humans) of their recorded work, Derayernah is proud to present, though bullishly indifferent to judgement, a glimpse of what would happen if Gregorian monks met prog yetis in a boxing ring in the Middle East via a scenic route taking in Turkey. To quote the band’s slogan, Derayernah are finally ready to Unveil the Arm.

Recorded in 2019 at Anchor Lane Studio in Glasgow by Luigi Pasquini, In Joys is the full-length debut of Derayernah (Drue Marsland and Jhau Watema), though they chose not to bother telling anyone about it at the time. Over seven tracks, the band evoke shades of the concentrated freak concerti of Mothers of Invention, the proto-surgery rock of Black Midi and the proggy excesses of Porcupine Tree. Having met when Drue walked into the wrong rehearsal room and opted to stay with Jhau rather rejoin his actual bandmates, the band never doubted the cosmos’ choice in uniting them and succumbed to their destiny of writing art rock with lyrics which would doubtless spook horses – for example, from Dreaming on the Upper:

Lystra, where are your ephods?
(At the core of the giant cosmos)
Derbe, where are your priests?
(The ram was slain out of time’s realm)
Icon, we are not godings
(Catch the foxes in our starry vineyard)
Firstly, big on your wreath
(Scar their kind lest they spoil what we’ve made)
https://genius.com/albums/Derayernah/In-joys

To accompany the album is a brand-new single released on 12th March, Siberian Scopes, which builds on their transcendental foundations. The band happy to explain the story behind the track: “The song tells of a voyage to the dystopian city of Abakan to pay homage to a larger-than-life monarch known as “the Tsar”.

Sonically, we’d long been fans of Turkish folk music, and wanted to infuse an Eastern vibe into one of our numbers, but not in a patchy gimmicky way. So, we used conventional rock instrumentation, but the melodic skeleton of the song is Near Eastern-ish, with chanted vocals”. 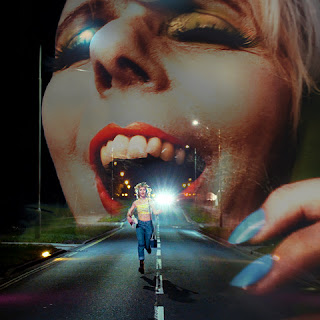 TTRRUUCES’ mind-altering narrative has started to infiltrate the nation’s airwaves. Their latest, self-titled track - themed around an experimental, consciousness expanding new drug - has picked up Radio 1 plays courtesy of Jack Saunders, adding to previous support from Tom Robinson at 6 Music.

So far, their tracks have also introduced the two lead characters in their story. There’s Sadie, the 17-year-old Sad Girl, who’s disenchanted, depressed and out of place in the world. We’ve also met Syd, the Lost Boy. He’s a little older than Sadie, but he’s also an outsider. He can’t find his lust for life, despite living a hedonistic existence of risk-taking and epic nights out.

And most recently, TTRRUUCES was unveiled. The experiemental new drug which is available as a blue pill or a deep electric blue powder. The drug reputedly opens your mind, makes your confront your fears and shows you the world for what it really is. With ‘Sensations of Cool’, TTRRUUCES have continued to exapand their sound, this time around it is a sleek concoction of French tinted electronic and symphonic psychedelia, with the elegant lead vocal expressing Sadie’s experiences.

The track’s video finds the narrative’s lead character Sadie as she desperately seeks a like-minded soul in her mundane neighbourhood. Her curiosity rapidly becomes voyeuristic as she discovers that fakery, vanity and consumerism has overwhelmed society. She discovers that the town has become a grotesque suburban freak show, populated by weird sex, Stepford Wives and psychotic late night gardeners. The video reflects the immorality that’s an essential part of TTRRUUCES’ fictional world, but one that’s just a step away from our own existence. “This is by far the most kooky video I’ve ever directed,” commented filmmaker Sam Kinsella. “We went Lynch meets Dr. Seuss, and I still get genuinely scared every time I watch it back. Both the song and the video perfectly capture my feelings towards the current world, which I’ve been struggling to express for some time.”

London based TTRRUUCES relocated to the seaside for a year to give themselves the freedom to fully immerse themselves in creating their debut album. They produced it themselves before calling on Alan Moulder (Arctic Monkeys, The Killers, Foals) for mixing duties, and France’s leading engineer Chab (Daft Punk, Christine & The Queens) for mastering. Emerging from their self-imposed exile, TTRRUUCES released ‘Sad Girl’ late last year and it received early airplay from Tom Robinson at 6 Music. They’ve also played select introductory shows including The Great Escape and The British Sound Project as well a secret show at their HQ, a converted studio warehouse named The Factory. 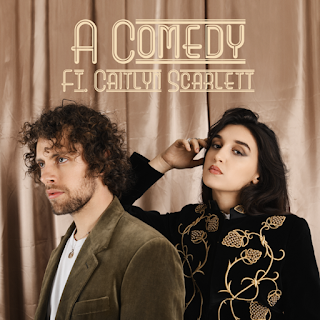 The Last Morrell - A Comedy.

Raised in a small Yorkshire town, emerging artist The Last Morrell has already performed alongside BRIT Award-winning singer-songwriter Tom Odell and exciting jazz four-piece Ezra Collective, as well as a set at BBC Introducing Live last year. He also performs as a session musician, hiding at the back of the stage playing keys and guitar for ‘alternative soul’ artist VC Pines and prodigal talent Caitlyn Scarlett. The latter joins him on his new single ‘A Comedy’ out 12th March.

‘A Comedy’ is the story of a couple who’ve been arguing for hours, they’ve lost sight of why they started fighting and it’s become more about who wins the argument than who is right or wrong. The song follows the aftermath of this argument as the couple try to get their connection back, calling to each other to let their guard down and find comfort in each other’s arms again. ‘A Comedy’ is about a communication breakdown between two people who ultimately love each other.

With over 10 million streams on Spotify, Caitlyn Scarlett is an exciting addition to the track, softly harmonizing The Last Morrell’s sultry McCartney-esque whispers with oozing honey-like tones. Vintage organ rays and twinkling guitars set the backdrop for the duo’s yearning and self-reflective nostalgia.

Similar to The Last Morrell’s last single ‘Another Boy’, it’s a warm track that draws on classic 70s influences with confidence and ease yet weaves seamlessly into a modern paradigm which twists and turns like a black swan ballet. ‘A Comedy’ offers somewhere between a stunning duet that recalls the chemistry of past love duets like ‘I Got You Babe’ to ‘Islands In The Stream’ fused with peak Wings and Fleetwood Mac. This is quality music.

A Vancouver Islander at heart, now a Toronto dwelling folk/roots singer songwriter, Claire effortlessly pulls her audience into her personal world of love and life experiences, but always with a touch of her “wicked sense of humour” (Rik Emmett, Triumph). Influenced by folk/rock artists growing up and a degree in Contemporary Music performance, she blends her own style of intricate guitar playing and jazz influenced melodies, progressions and arrangements.

An OAC songwriting nominee, she’ll have concert goers bobbing their heads one minute, and silence the room with a tender rendition the next. With the vocal power of Susan Tedeschi paired with the velvety softness of Eva Cassidy, she brings her warm, approachable west coast charm to the stage and a graceful contemporary feel to indie folk music.

Known for her ability to “transport her listeners to another world” her pure, clear voice, passionate performances and skilfully crafted songs paired with a personable performance approach win over audiences, time and time again. She also has a talent for mimicry and may whip out a voice impression or two… 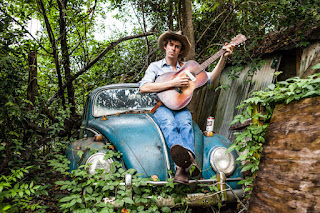 Sam Doores - Other Side of Town (ft. Alynda Segarra).

Sam Doores of The Deslondes (and formerly Hurray for the Riff Raff), is set to release his self-titled solo debut tomorrow via New West Records. The 14-song set was recorded in Berlin by Anders ‘Ormen’ Christopherson, in Nashville by Andrija Tokic (Alabama Shakes, Hurray for the Riff Raff) and in Doores’ homebase of New Orleans. Written on-and-off over the course of several years, Doores’ captivating solo debut is classic and contemporary all at once. Blending traditional southern roots, New Orleans R&B, and psychedelic landscapes, Sam Doores is a cinematic and infectious collection that reckons with heartache and loss, love and gratitude, fresh starts and, ultimately, a whole lotta change.

Working in Berlin, Doores found himself collaborating with an inspiring cast of characters from all over the world assembled by the producer Christopherson, resulting in a wild international “Wrecking Crew” of sorts. The album also features Alynda Lee Segarra of Hurray For The Riff Raff, Margo Price, Mat Davidson of Twain, and the New Orleans jazz mainstays Tuba Skinny.

The Bitter Southerner has premiered the video for the single “Other Side of Town” featuring Alynda Lee Segarra of Hurray For the Riff Raff today. Shot in New Orleans during this year’s Mardi Gras, The Bitter Southerner says, “In this track, a modern doo-wop song set in our beloved New Orleans, Doores and his former bandmate Alynda Segarra deliver an upbeat antidote to heartbreak. A response to hard times, these beats might be just what the doctor ordered.” 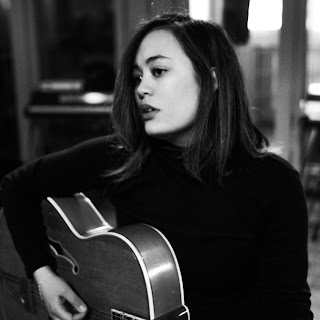 Swedish singer-songwriter Marlene Oak follows up her recent track ”Black Roses” with new single “One Way” - co-written and co-produced by Jake Bugg. The new single will be a part of Marlene Oak’s debut album, to be released on the 10th of April. “'One way' for me is about taking the courage to open up new doors in your life, breaking old patterns and destructive ways of living” says Marlene Oak. “But in order for new opportunities to arise, you gotta have the courage to leave old patterns behind.”

Marlene Oak wrote the song together with Jake Bugg - a new friend and collaborator who she got in touch with in an unexpected way. “Jake and I have mutual friends from Sweden, so I contacted him on my own and asked if he wanted to have a writing session. To be honest - at first, I was very nervous to have a session with him since he’s always been a big inspiration to me, but as soon we started writing it all came naturally. We met up at the studio Riksmixningsverket when he was in Stockholm, and then we sat there for a full day, writing together. That’s when we wrote ‘One Way’” says Marlene Oak, and continues:

“I love the way Jake's writing, he's so good at finding melodies and making all the parts fit together.  He has taught me a lot and I'm very happy that we wrote this song.” With co-writing, co-production and guitar by Jake Bugg, drums by Guido Ros, bass by Samuel Colmar, and mixing by Linn Fijal, together they’ve managed to create an atmospheric and raw track that hits you right in the heart.

“Growing up on an island outside Stockholm, singer-songwriter Marlene Oak turned to music as her escape, and then spent her teenage years busking on the streets of the Swedish capital’s Old Town.”

After releasing a couple of singles, and last year’s EP “Silver Moon”, she has gone all-in as a live artist, and built her following on the pub and festival stages around Sweden. Marlene Oak has enchanted audiences with her folk-rock melodies across the country as she focuses on performing live, including lucrative festival performances such as Way Out West, STHLM Americana and Irisfestivalen. Marlene Oak’s debut EP ‘Silver Moon’ was released in 2019, with the debut album “Northern Winds” coming on the 10th of April.