March 11, 2020
Yumi Zouma recently shared 'Southwark' which is taken from this coming Friday's album release by the band 'Truth Or Consequences'. Comprising of ten songs the album really is a breath of fresh air, the featured track indicating their refined quality and beautifully crafted music. === Ben Wood and The Bad Ideas have released 'Noon Drunk', following on from 'Cora Cora Cora' which we featured last month. We described the last song as no nonsense rock, this is some more and its gritty, fabulous, and I love the video (I miss those London Pub day's). === We have the new album from Phantoms vs Fire streaming in full below, it's entitled 'Superbloom II'. The electronic artist was featured by Beehive Candy back in 2018, his creativity and imagination impressed us then, this takes the music even further, it's glorious. === Pyrotechnist new album is called 'Fire Crackers' from which we have 'Noi-Zee Boy' and 'Captain Kidd' to enjoy, their mixture of Dub and so much more is just fabulous. === 'Two Minds' is the latest single from Cayley Thomas's forthcoming album, 'How Else Can I Tell You?' and it's melodic, catchy and a beautifully arranged song.
------------------------------------------------------------------------------------------ 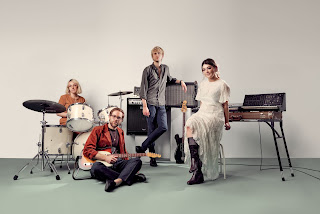 In the early 2010s, the members of Yumi Zouma spent time together on a New Zealand street that gave its name to their first single, “The Brae.” After the 2011 Christchurch earthquake destroyed that street and much of the city, its members took off for other parts of the globe and soon began writing their first songs over email.

As a result, the band was born, and distance became a recurring theme in Yumi Zouma’s work. This makes sense given the far-flung cities the group of musicians currently call home: New York City for Burgess, London for Ryder, Wellington for Campion, and Simpson remaining in their native Christchurch. Of course, distance can also manifest metaphorically, and it’s in these figurative chasms that Truth or Consequences, Yumi Zouma’s third album and first for Polyvinyl, finds its narrative: romantic and platonic heartbreak, real and imagined emotional distance, disillusionment, and being out of reach. There are no answers, there’s very seldom closure, but there is an undeniable release that comes from saying the truth, if only to oneself.

“In the age we’re living in, there’s an emphasis on making things clear cut” says Burgess about the album’s title. “But in life and in art, nothing is ever that definitive. The truth is usually in the gray zones, and I think that’s so much of what we were trying to explore and understand on this album.”

Whilst exploring these realms, Yumi Zouma deliberately pursued a deeper sense of collaboration in order to craft a record that reflects the bond between them. Produced by the band and mixed by engineer Jake Aron (Solange, Grizzly Bear, Snail Mail), Truth or Consequences stems from sessions in Los Angeles, London, and Christchurch, where the band actively took a collegial approach, often working note-by-note, to ensure the foundations of the album reflected a sense of togetherness.

“We wanted to make the songwriting process as egalitarian as possible. Completely sharing the process helped us feel like we were capturing a purer sense of atmosphere,” says Ryder. 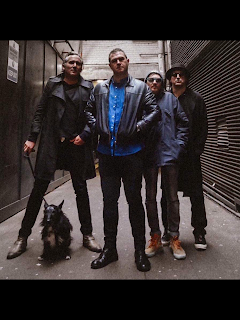 Whilst starting out as a performer in London and a busker on the London Underground, Ben Wood was offered the unique opportunity to contribute to an X-Ray Spex charity album in the US -one of only two UK bands who were offered the privilege. Ben had to find a band and put a Track together and send it over in 48 hours.

Amazingly, he pulled it all together and formed his band, Ben Wood and The Bad Ideas from the experience: the name was a reference to his trepidation about the previous situation. They went on to play many stages: Prince Charles’ Garden Party, the Yes To Life Festival and release their compilation track, Obsessed With You as their debut single.

The band’s single “The Reveal” (released in 2018) featured Bruce Thomas of Elvis Costello and theAttractions on bass as well as artist Cristabel Christo.The band’s 2020 offerings will prove to be no exception with guest spots from legendary musicians such as Dave Barbarossa of Adam and the Ants and Bow Wow Wow, Billy Ritchie of 60s prog pioneers Clouds (Ritchie famously introduced a young David Bowie to Jimi Hendrix) and even Paul Cook of The Sex Pistols. LA based musician Nick Maybury (Scott Weiland Band/ Juliette & The the Licks) and Mike Webster of Southend’s Asylums will also feature on guitar.

“We’ve always tried to push ourselves and to try different ways of making music. We’re really excited about releasing the new material in a different way.” “We love collaborating. Things that we just wouldn’t have thought of come to the fore and it brings such different character and identity to the songs.” 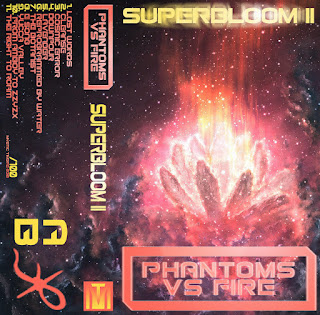 Superbloom II paints a picture of a mystical desert landscape inhabited only by a lone, wandering botanist by observing her roam the expanse from the perspective of the hardy plants surviving the strange land.

Inspired by the early works of Buchla synth pioneer Suzanne Ciani, Brazil's Thiago Desant, Phantoms vs Fire, shapes each track as an embodiment of the voice of one of these watchers -- the shrubs and cacti and wind and stars above -- pulling from the inquisitive progressive electronics of Ciani and fusing with contemporary minimalist and neoclassical harmonies, wandering acoustic soundscapes, orchestral tension, and buried field recordings to concoct an atmosphere as rooted in the earth as it is flashing across the expanses of open space.

Over the arc of the album, the botanist melds with the land around her, days spent studying flora and nights spent gazing at the infinite stars overhead, guiding us along on a journey filled with unending mystery and awe. 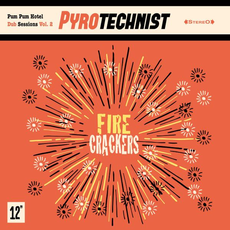 After Moon Invaders split in 2014, Nico, former drummer and Pierre, former guitarist reconnected during a Slackers' gig in Belgium. They agreed that the Pum Pum Hotel Studio would be the perfect place to experiment with a new dub project so they scheduled a date to meet there and give it a try.

Just a few minutes after entering the studio, the record key was pressed and the first tracks’ recording of Dub Rocketry was on the way. Nico playing drums with Pierre playing bass first and next Nico adding keyboard, melodica, percussions and Pierre adding the guitars. They were joined later by David Loos and Rolf Langsjoen, previously saxophonist and trumpetist of Moon Invaders.

It took one year to record the 12 tracks and finish the dub mix using analog tapes machines, vintage effects and vintage instruments. With the help of Chuck Wren, "Dub Rocketry" first LP came out in 2016 on Jump Up Records the famous label from Chicago.

They had so much fun doing this first album that they decided to renew the experiment and launched the "Fire Crackers" recordings one year later, right on time for the Badasonic Records label creation. 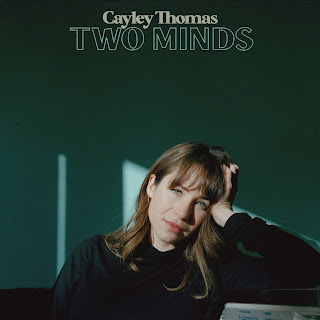 “Two Minds” is the latest single from Cayley Thomas's forthcoming album, "How Else Can I Tell You?", which will be released in full on May 1st, 2020.

Cayley tells us - “Two Minds” is my favourite song on the record. It is all about the negotiation and mental drama that the primitive part of my brain likes to produce when faced with a challenge. Luckily, I have learned to identify this state and am now able to intervene, bringing my higher consciousness into the equation to form a sort of thought tug-o-war.

Negative emotion does not produce positive action. Criticizing yourself and telling yourself that you should be better than you are just makes you feel worse and act in ways that manifest more of the behaviour you are criticizing.

This is one of the tragedies of perfectionism. Making it seem like the destination is too far to even bother. Because it keeps us thinking that doing a little bit is pointless. But doing a little is everything. You don’t get anywhere with ambitious perfect plans. You get there little bit by little bit.

“Two Minds” is an optimistic song despite the conflicted tone in my voice. It marks an opportunity for a new beginning.