Today, Kalbells—the project led by multi-instrumentalist and songwriter Kalmia Traver—is sharing “Mothertime,” the title track (and accompanying lyric video made in quarantine with a microscope) from her forthcoming EP co-produced with Jeremy Malvin (aka Chrome Sparks), releasing April 10th via NNA Tapes.

Following the lead single and video for "Cool and Bendable", “Mothertime” is about Traver’s mother and their relationship together. As Traver explains in her own words: “it’s about the bewildering beauty and uncanniness of the fact that we can keep growing & changing so much, cueing off each other across our two mobius-entwined lifetimes.”

In April 2015, Kalmia Traver (Kalbells, Rubblebucket) had just come out of an intensive 2-month writing retreat with 27 songlets in hand, 10 of which would become Kalbells’ debut album Ten Flowers. Jeremy Malvin (Chrome Sparks) loved what she shared with him then, and the two began regular co-production sessions in his studio in Brooklyn, where classical percussion ensemble So Percussion also worked. Drawing inspiration from the abundance of acoustic sound-makers all around, Jeremy performed marimbas, cactus shakers, and massive bass drums, while Kal layered flute arpeggios, penny whistles, and saxophones through tape echo to make smooth harmonic waves of rainbow velvet layer cake. They pretended to be an orchestra. 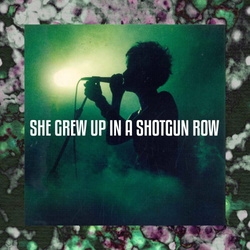 Unruly Girls - She Grew Up In A Shotgun Row.

"She Grew Up in a Shotgun Row" is the new single from Unruly Girls, taken from their new album "Epidemic", to be released on April 21st, 2020 via Dirty Beach.

"She Grew up in a Shotgun Row" is dedicated to Kim Gordon, or better inspired by her, to tell the surreal story of a girl grown up in nasty and dirty suburbs, full of love and violence. The track is 100% adrenaline, with vocals from Ronit Bergman (Undone, Plastic Venus), layers of garage fuzzy guitars, massive synths, menacing feedbacks and a groovy, distorted, danceable drumming.
A lo-fi, dirty, noisy sound, that conveys a sense of delirium and decaying obsession.

The retro visuals contain original footage shot by Plastic Venus and friends, during the unforgettable underground music scene of the 1990s through the fascinating lens of the Israeli punk hardcore band, that “with their straining-nerve music made for generations to die by, built their faith, their story, their lives over the years.” 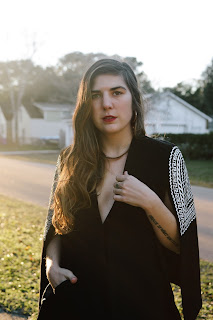 Where Grace Joyner’s EP Young Fools served as an introduction to songwriting and a chance to explore her musical muse while treading her own artistic path, her debut LP, Maybe Sometimes in C revealed what she has found along the way. Joyner weaves a beautiful and delicate balance between reflecting on the trials of young love and showing a remarkable commitment to self-development.

Teaming up for the third time with producer and engineer, Wolfgang Zimmerman (Band of Horses, SUSTO), Grace Joyner looks to further her musical journey with her sophomore album Settle In.

Reflecting on the development of the album, Joyner says: “I took my time with Settle In. This record covers a lot of ground for me. I took bigger risks in my songwriting process and pushed personal boundaries by exploring content around my romantic struggles, my family, and my relationship with the pursuit of music itself. In a lot of ways my love for music feels like a relationship—at times it feels like unrequited love and at times I have found it breaking my heart. But, ultimately, you can't choose what or who you love, and if you don't give it a fair shot you might never know what could have been.”

Since the project’s inception, Grace Joyner has toured across the country with appearances at SXSW and Savannah Stopover, sessions at Daytrotter and Breakthru Radio, and the sync of her single Dreams on The CW’s hit show Riverdale. 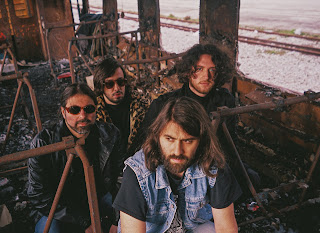 Electric Feat - Bring Something from the Night.

If you enjoy some quality psych-rock with 70s swing and proto-doom vibes without actually tipping over the line of retroism then this is your thing. Electric Feat will make you revisit the beautiful story of 70’s Rock in 10 lessons, from Alice Cooper’s craziness to Black Sabbath's darkish power & by passing by The Doors, Jimi Hendrix Experience's psychedelia. Brutal, mysterious, sweet, excited, smashing, their music will catch you from the beginning to the end of this wild ride. A big punch in the face.

Rock is dead, so let's go dancing in it's ashes. No more, no less, this is Electric Feat's first set of songs, recorded (almost live) at the cozy Diskex studio, with Sergios Voudris' (The Voyage Limpid Sound) invaluable assistance.