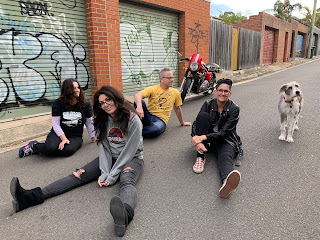 The Goldhearts - Road To Roam.

Waking from a three-year hibernation, The Goldhearts picked up where their debut album left off with the electrifying Be Brave and hook-laden Stars. Now proud to announce the release of their new EP, Be Strong, Be Brave, Be Bold is another stellar addition to the band members' collective discography, which dates back over 20 years, a handful of quintessential albums and literally countless touring miles across the globe.

Produced by Govinda Doyle (Angus and Julia Stone), Be Strong, Be Brave, Be Bold represents everything contemporary indie rock can be when built on the unshakable foundation of blistering '90s hooks. More importantly the EP is a celebration of overcoming the challenges that life presents the band as individuals and as women who write and play music.

If you know your Australian music history, it will be instantly apparent why The Goldhearts have such a knack for the '90s thing. Founded by members of beloved Brisbane band Dream Poppies (with a dash of Razel) The Goldhearts throwback to an era when the sincerity and power of punk rock had been tempered by pop sensibilities and artful songwriting... an era they were a big part of. Fast forward several years and a new EP transposes the best aspects of this heritage into a modern sound that balances the perfect amount of grungy indie with blissful coastal pop. 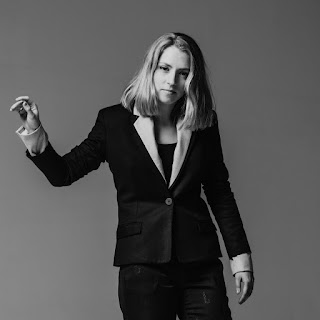 London-Based independent artist Hannah Scott is fast cementing her place as one of the country’s most exciting new songwriters, with her emotive songs and striking voice. Shape, the first single from her forthcoming album, showcases her powerful and personal storytelling. The song recounts how her maternal Grandmother refused to accept her Mother’s choice of husband, Hannah’s Father, threatening never to speak to her again should she marry him and staying true to her word for twenty years.

Recent highlights for the pair include being awarded funding by Help Musicians UK to go towards the production of the album, opening for Madeleine Peyroux to an audience of 2000 at Edinburgh’s Festival Theatre and travelling across Ireland with Paddy Casey to open shows for him in Dublin and in a tiny Irish speaking village near Galway! Their music has also been featured on BBC Radio 2 including a live session with Dermot O’Leary, BBC 6 Music, BBC Introducing, The Guardian, MOJO and Clash Magazine. 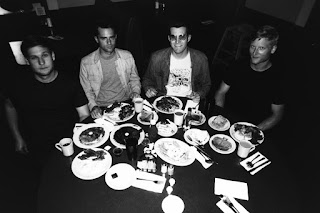 "Pittsburgh’s Same cast a sepia tone across a ‘90s DIY-indebted style of indie rock. Their debut LP Plastic Western is at times range-y and raucous, but it also spends a lot of time being thoughtfully languid, dreamy in a night-under-the-stars kind of way." says the Alternative of the upcoming LP

From the first crackling notes of “It’s Lonely in Doggie Hell,” the opening track of SAME’s debut LP Plastic Western, the band locks into a groove that never really lets up. A quiet riff fades in from a distance then, like a radio tuning to find the right frequency, it’s quickly interrupted by a brief drum fill before a fuzz-filled bass line sets the tempo, intertwining over a languid beat. Just like that SAME sets off on a 12-song journey. But Plastic Western isn’t a sprint toward a finish line, it’s an album that takes its time to hang out, get cozy, and soak in all the weird sights.

It’s easy to play the influence game for SAME. At times, Plastic Western might sound like Weezer dripping in acid and fuzz. At other times, it feels like listening to the Pixies or Pavement in a meditative trance. But SAME—bassist/vocalist Jesse Caggiano, drummer Jamie Gruzinski, and guitarists Tom Higgins and Jake Stern—never wanted to sound like any other band.

“Originality and experimentation are things we talked about a lot early on—and still do,” says Higgins. He concedes that the “core influences do shine through,” but from the band’s earliest practices, there was a shared drive to push themselves to make music outside of any sort of box. “We didn’t want to pigeonhole ourselves into making a certain kind of music,” he adds. “A lot of people make a band and say ‘We want our band to sound like this other band that we like.’ We had all done that before. We wanted to actively stay away from that mindset.” 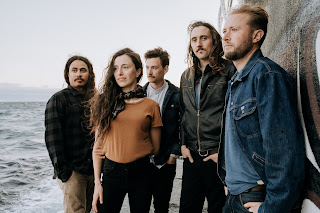 Carmanah - As I See You.

Like the rainforests from which their name derives, Carmanah is just as comfortable in muddy, bluesy funk as they are among light, soaring harmonies. With one album behind them and one ahead, the band is crafting a niche of its own somewhere between roots, rock and blues — a vintage blend of the intuitive and technical tied seamlessly together by Laura Mina Mitic’s dazzlingly versatile voice.

In recognition of the band’s passion for their home and the ways it bleeds into their music, producer Gus Van Go (The Arkells, Sam Roberts, Wintersleep) coined the term “West Coast Soul” to describe Carmanah’s unique sound.

The forthcoming album, Iris, was recorded between B.C. and Brooklyn as a moody counterpoint to and natural evolution from the band’s debut, Speak in Rhythms. That album’s two #1 CBC Music tracks, Roots and Nightmare, have set the tone for a new west coast sound. Now, with Iris, the band has built upon the first album’s strongest elements: its driving melodies, its contorting, energetic rhythms, its bountiful instrumentation, its lyrics that take you by the hand and lead you far, far from where you began.

The band — including guitarist and vocalist Pat Ferguson, keyboardist Mike Baker, bassist Jamil Demers, drummer Graham Keehn and backup vocalist Lo Waight — tours in a gutted and retrofitted vegetable-oil driven tour bus, an ambitious project that Ferguson has taken on himself in his backyard. The low-carbon approach is part of a broader ethos the band shares.

“I get really excited when I think about music as a way to spark action,” Mitic explains.

With stops at major festivals like Edmonton Folk Festival, Hillside Festival and Winnipeg Folk Festival, Carmanah has caught the attention of the B.C. music press. Jon Williams of The Zone 91.3 Victoria called Mitic “the Stevie Nicks of our generation,” while Vancouver’s Daily Hive recently ranked the band among B.C.’s top acts to look out for. Their music landed syncs including Heartland and Hudson & Rex.

“The thrill of making a connection with an audience — any audience — is what keeps me going,” says Ferguson. It’s already brought him and the band a long way, and today, Carmanah’s irresistible chemistry crackles each time the band takes the stage, electrifying one another as much as the audience itself