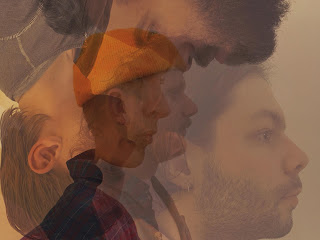 Kluster B - Love Must Conquer.

Kluster B (fka Kluster) was founded by four friends and a virtual drummer in Malmö 2014, a real life drummer joined in shortly afterwards and the gang was complete. Since then, the quintet has been active on as well the Malmö indie scene as playing shows in Berlin, Copenhagen, Stockholm, supporting acts such as Frankie Cosmos, Omni and Nicole Sabouné. Debut album 'civic' was released in 2018 and Kluster received praise from Line of Best Fit, BBC Radio 6, major Swedish music magazines and more. The band returned earlier this year with new single 'Counterpart', the first taste from their upcoming sophomore album 'b' that will be released on April 17th. Today, another piece of the puzzle that is Kluster B's second album is released in the form of new single 'Love Must Conquer'

Love Must Conquer is yet another glimpse of Kluster's playful sound - a melting pot of broad influences such as pop, punk, noise, lo-fi, indie and jazz. Just like it's precursor 'Counterpart', Love Must Conquer is a development of the sound we got to know on their first album. The interplay and paradox between the complex and simple is still there but the quintet have this time allowed themselves more time and space to experiment with almost jamming parts that hypnotizes the listener.

According to Linnea Hall (vocals, lyrics), 'Love Must Conquer' is a track that was written in a troubled time both personally and politically just ahead of the Swedish election in 2018. There was a parallelism between different routes that took place at the same time, creating a feeling that we forgot to be open and love the unknown. The text includes a paradox, where the desire to own what we love or want for ourselves becomes a counteracting force: the streets become colder and people become less emotionally affected. Therefore, the song ends with some kind of hope that love in itself will win and not that we will conquer the love.

The members have a history as academic jazz players, forming Kluster B after longing to find a collective process free from strict genre playbooks and narrow-minded academic rules. A process that resulted in Kluster B's captivating characteristic dynamic and turning points, alternating from melodious to dissonance, complex to simple. 'Love Must Conquer' is out now, Kluster B's second album 'b' is out on April 17th via Rama Lama Records. 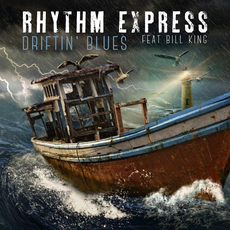 “I’ve had this song in my repertoire the past twenty years, one I discovered while searching through a variety of West Coast blues compilations.

Los Angles of the 40s’ was a hotbed for blues trios – Oscar Moore featuring pianist/vocalist Nat Cole and brother Johnny Moore showcasing the smooth delivery of pianist/singer Charles Brown at the core of the unit.

One of the first songs Brown ever penned was Driftin’ Blues while a high school teenager and also one he first sang in live performance. Driftin’ Blues is rooted in church and gospel, and that battleground been secular and religious types – that push and pull between roots church and popular music. 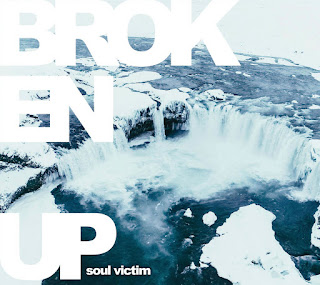 Broken Up - The Cage.

Italian darkwave act Broken Up have unleashed their video for “The Cage”.
The track is taken from "Soul Victim" the debut album of Broken Up, which was released on February 28th, 2020, via Brazilian label Shades of Sound/Wave Records. The album was preceded by the digital single “Long Long Long”, played several times by Seattle's cult radio KEXP.

The group is a collaboration between the bass player of Intelligence Dept. Dedo Panzera, and guitarist Max Caselli, of Go Flamingo!

Together with singer Chiara Boldrini and Tom Lampronti on keyboards, the two veteran musicians lead a project that conjures a sonic maelstrom of dark melodies, that defy expectations.

The electro-infused track “The Cage” is inspired by the poetic work of Lawrence Ferlinghetti, known for his work A Coney Island of the Mind (1958), and as infamously as the owner of the bookstore, City Lights, where Ferlinghetti was arrested for the publishing of Allen Ginsberg’s Howl.