April 17, 2020
Discovery Zone shares 'Blissful Morning Dream Interpretation Melody' which is a rather fine song title and an equally pleasing and soothing electro piece. === Our third feature for Juliper Sky in just a few months is for new single 'Infinite Jets' which follows their recent E.P release and is another impressive song from the band. === Soë Blue has released her debut single 'Karma' and what a gorgeous and refined soulful track it is. === Pam Tillis recently released 'Looking for a Feeling' a sultry country song with a touch of bluesy vibes. === From Dougie Poole we have 'Vaping On The Job' ahead of a new album due in June, the track itself is a mixture of country with a touch of rock & roll. === Finally today we have Walter Martin with the topical 'Quarantine Boogie' an amusing and thankfully listenable song on the current situation (& we have received plenty that are hard going to say the least) anyway this is also for a good cause as you can see below.
------------------------------------------------------------------------------------------ 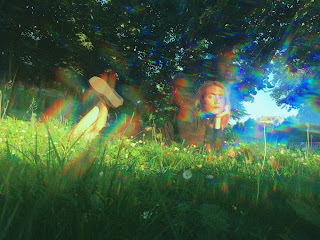 What are dreams? Where do they come from? How can we share our dreams? New York-born, Berlin-based musician and filmmaker JJ Weihl is set to release her debut solo record as Discovery Zone having previously played bass and sang in acclaimed experimental pop band Fenster. 'Remote Control' is out via cult Berlin label Mansions and Millions on June 5th.

Today, Discovery Zone shares ‘Blissful Morning Dream Interpretation Melody’. On the single, Weihl says “The title is a quote from a five hour-long Wagner Opera I saw called “Der Meistersinger von Nürnberg”. Sitting in the Munich Opera house surrounded by strangers and listening to music that was written long before I was born, I had the distinct sensation of experiencing time travel. I had this feeling that I was listening to the inside of Wagner’s mind - of being transported into someone else’s dream."

The accompanying video is a commercial for invisible wearable tech that allows you to download and share images from your dreams, Blissful Morning Dream Interpretation is the name of this revolutionary new product. The video was made by Weihl,  in isolation at her home in Berlin. It is composed of stock footage and artificial faces generated by GAN technology. It poses the question - how do humans dream of computers and how do computers dream of humans?

Her album Remote Control, with its palette of chimes, chirps and shimmers, is a glowing meditation on our contradictory moment in history. In her hands, the limitations of the default setting form a territory of unbounded experimentation, from the system-notification synth funk of “Dance II” to the trance incantations of “Blissful Morning Dream Interpretation Melody.” There are bits of sound collage and a lot of operatic robot choirs woven through tight emotional electronic pop.

Weihl implements drum machines, vocoder, sound collage, theremin and electric guitar, creating a small laboratory both in the studio and on stage. The experimental aspects of Weihl’s music are reflected in the spectrum of playful aesthetics, maintaining a strong focus on emotional and accessible pop melodies. Nostalgia is mixed into more synthetic sound worlds, each song dipping into past and future sonic landscapes. 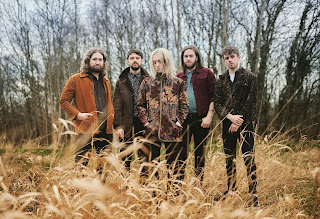 Juliper Sky have made significant strides in the seven months since their inception, catching the eyes and ears of Spotify’s editorial taste makers with several highly regarded playlist placements, including ‘The IndieList’, ‘Hot New Bands’ and ‘New Music Friday’, receiving over a quarter of a million streams in the process.

Following on from a busy 2019 and the release of their debut EP ‘Visions of a New Age’ in March 2020, Juliper Sky are set to release their hotly anticipated single ‘Infinite Jets’ today 17/04/2020. 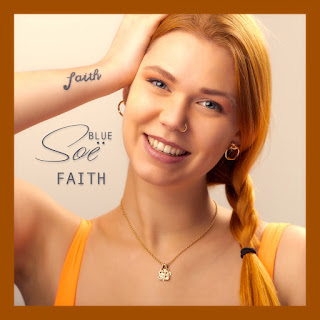 Here comes a new soul- and pop-voice that deserves being heard: Soë Blue from Zurich surprises with her debut single 'Karma'. As its title already says, her karma spreads pleasant feelings, warmth – and a lot of positive vibes.

But despite this fact, 23-year-old had to conquer doubts all over again. She had to learn that money rules the world – specially in the music-business. This painful experience has influenced the emerge of «Karma».

More than ever, such a positive soulpop-anthem is necessary at the moment. Due to corona-crises Soë Blue had to postpone her record release-party. She, who is blessed with a soulful and slightly darkly timbred soulful voice.

Soë Blue has got a great fascination for the Montreux Jazz Festival. That's where her love for music – and her inspiration – comes from. She's fascinated by the likes of Adele, Amy Winehouse, Simply Red, Alicia Keys, Joss Stone and Aretha Franklin. They all, however, have inspired her current sound.

After «Karma» there's more modern soulpop on the way, as Soë Blue will release more singles. And – as soon as the crises is over – she will tour with her strong band. 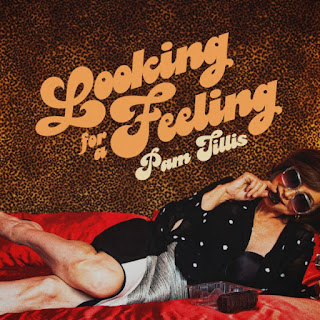 Pam Tillis - Looking for a Feeling.

Restless and unwilling to compromise, Pam Tillis has released her 12th studio album Looking for a Feeling.

At times genre defying, Looking for a Feeling is a rootsy ramble with spiritual and philosophical underpinnings and seventies overtones.

Driven by percussive acoustic guitar strums and a funky drum pattern, the production provides Tillis with enough space for an expressive vocal performance that ranges from a Dylanesque tumble of words to the gritty gospel soul of Mavis Staples. -Jon Freeman, Rolling Stone (Looking for a Feeling Single) 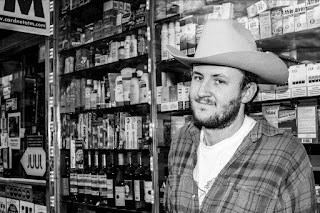 Dougie Poole - Vaping On The Job.

Dougie Poole, the Brooklyn-based country musician and songwriter, will be a familiar name to many in the DIY music scene. After coming of age in Providence, Rhode Island Poole has long had ties to several artists in the experimental music scene including Jerry Paper with whom he toured nationally while playing in Paper's live band, and in 2019 he appeared on the Drugdealer album Raw Honey, drawing praise from Pitchfork for his "sad-eyed Elvis croon" on the track "Wild Motion."

He released his solo debut Wideass Highway in 2017, which was his first public experiment with country music and became an immediate favorite of publications like The FADER, who praised his ability to bring classic country songwriting into a "contemporary space" with an album that "articulated a generational self-consciousness." Exploring a hybrid of synth pop and country music, with a wry sense of humor and often cutting observational insight the album established Poole as a forerunner in a class of musicians who grew up in a post-genre ecosystem, equally as likely to be influenced by Ariel Pink and Animal Collective as Dolly Parton and Dwight Yoakam.

Today, Poole is announcing is Sophomore LP The Freelancer’s Blues, out June 12th on beloved Brooklyn indie Wharf Cat Records (Palberta, Bambara, Public Practice), with the lead single "Vaping On The Job." As this first single makes plain, Poole's latest LP sees him graduate from the drum machine and synthesizer bedroom country experiments of his first album to a full band with honky-tonk harmonies, wailing pedal steel, and carefully constructed arrangements that whole-heartedly embrace the country sound he only hinted at on his debut.

Produced by Jonathan Schenke (PC Worship, Gong Gong Gong, Public Practice), who produced the full LP, "Vaping On The Job" is a perfect encapsulation of Poole's skill as a songwriter, and of how deftly he bends the country idiom to tell stories that are true to his experience and those of his city-dwelling, romantically alienated and financially precarious peers. Verse by verse he follows the stories of a a delivery driver with an art degree, a midtown tech startup employee and the bartender they tell their woes to with a blend of humor and earnest compassion, backed by his tightly-drilled backing band whose blend of steel guitar and the occasional synth texture create a backdrop that settles with surprising comfort somewhere between Alan Jackson's early '90s output and the alien warmth of R. Stevie Moore. 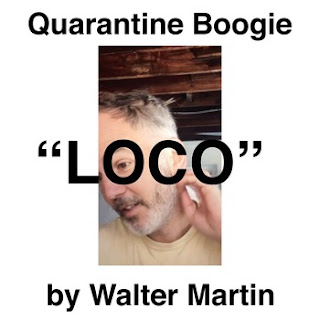 Renowned songwriter and Walkmen co-founder Walter Martin released today a new song "Quarantine Boogie (Loco)." Recorded at home in isolation, the song features guest vocals from Matt Berninger of The National (who also appears in the video) along with horn accompaniment by Stuart Bogie. Walter is working with City Harvest, a non-profit organization providing support to those affected by COVID-19 and supplying food to NYC public school kids in need. Walter has started "Walter Martin's Team" and the first goal is to raise $10,000.

"I made this song hoping to make enough of a fool of myself to inspire people to join my City Harvest team and donate money," stated Walter. "They are doing amazing work feeding people in NYC right now, and helping get food to public school kids who rely on school breakfast and lunch. I hope you can laugh at my song during these hard times and please join my City Harvest team and donate HERE."

Walter released his latest album The World At Night earlier this year, his fifth solo effort since The Walkmen announced their hiatus in 2013. It was met with widespread critical acclaim from Pitchfork, Noisey, Billboard, Vogue, Paste, Flood, and NPR Music who raved, "Whenever the state of the world gets me down, I listen to him and I always feel better." Last month, Walter also released two surprise albums on Bandcamp called Common Prayers and Green Beans & Tangerines, both comprised of various unreleased songs from his prolific archives, including unused B-sides, demos, alternate track versions, and more.

Joseph said…
Finding a vaporizer online could be a difficult task. But nowadays online stores can help you find thousands of smoking devices, accessories, gear and more!
20 April 2020 at 17:49