April 18, 2020
Smoke Fairies have just released a new track entitled 'No Matter How This Goes, Just Make Sure That You're Kind', we've already featured three songs from their recent album and this one is another spectacular piece. === Brudini returns with 'Radiant Man' which is a beautiful calm singer-songwriter piece. === Retro indie rockers The Shacks released 'Wings' and it opens as an understated song before adding more melodic layers. === Los Angeles artist Chelsea Williams new song is 'Wasted' which is an upbeat and hook filled track with bags of charm. === So far this year we have shared three songs from Kluster B new album 'b' and it's a pleasure to now share the full collection that has just been released. 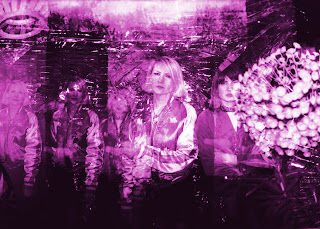 Smoke Fairies - No Matter How This Goes, Just Make Sure That You're Kind.

Smoke Fairies (Jessica Davies & Katherine Blamire) have just surprised fans by releasing an exclusive and unheard new track “No Matter How This Goes, Just Make Sure That You're Kind”.

Recorded with producer Phil Ek in Seattle last year for their recent critically acclaimed ‘Darkness Brings The Wonders Home’ album the track was initially held back. However, the band Feel the song to be so pertinent to the current world health crisis they wanted to share its message of love.

The track comes at a fruitful time for Smoke Fairies who this week sit at Number 1 in both the physical and vinyl Official UK Singles Charts with “Elevator” a Limited-Edition 7” picture disc. The single’s sales pitched the band at #1 in both charts topping The Weeknd and Bon Iver respectively.

This follows the album from which ‘Elevator’ taking a #1 in the Rock Album Charts at the start of February as well. Forced to abandon live plans to celebrate the release of “Elevator” by playing a series of intimate in-store shows and signings the band moved their single launch on-line and managed to raise money for the Red Cross in the process. 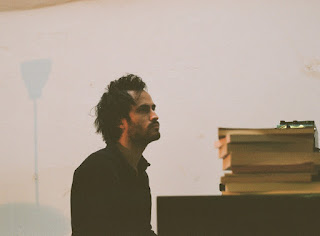 Having become a fan favourite at his live shows, Brudini’s new single Radiant Man unfolds like a Greek tragedy. A protagonist with good intentions, fighting on, crushed against a tidal wave of forces beyond his control.

Recorded in a basement studio in Stoke Newington without any use of a click-track and on analogue instruments only, Radiant Man has a timeless, soothing feel, and features jazz drummer Derin Bayhan (Istanbul) and Casper Hoedemaekers (Netherlands)  on double bass. It was mixed and mastered at legendary NYC analogue boutique studio Sear Sound (John Lennon, Lou Reed, Ryan Adams ++) by Grammy-winning engineer Jeremy Loucas and Brudini.

Radiant Man is the 4th single from forthcoming debut album From Darkness, Light which is finally due for release on May 15th. It follows the critically acclaimed singles Reflections (which is currently is getting solid support on BBC6), Emotional Outlaw and Pale Gold. 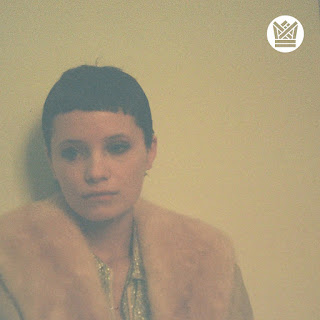 Retro indie rockers The Shacks make their return with the bottom heavy, feel-good anthem “Wings.” With enticing vocals and pulsing guitar, The Shacks’ new single cuts its way through the speakers from the first note, offering listeners an escape from our recently altered reality.

“Wings” is equal parts new sonic landscape and familiar territory for The Shacks. The group made an impressive first mark on the scene with their hit “This Strange Effect”, which soundtrack a worldwide iPhone commercial. The Shacks continued to build their fanbase touring internationally in support of their debut album Haze with groups such as Khruangbin and Chicano Batman. It’s no doubt that their initial success and esteemed touring schedule lead them to this infectiously catchy and tasteful crowd pleaser.

The unique, ebullient beat that backs “Wings” is attributed to the pumping guitar line, which is actually three baritone guitars playing in harmony. “A baritone guitar is halfway between a regular guitar and a bass. It’s also known as a tic-tac bass,” said Max Shrager, guitarist and producer for The Shacks. “It’s an unusual instrument, but you can find it throughout various genres.”

“Wings” is sure to be an anthem for the spring and will give The Shacks’ fans a taste of new music to come. The Shacks are currently finishing up their new album, which is due early 2021. 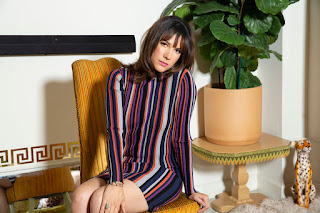 Los Angeles artist Chelsea Williams has released “Wasted”, the latest track off her upcoming album Beautiful & Strange, which drops on May 8 via Blue Élan Records. Encapsulating Williams’ unrelenting positivity in the face of misfortune, the upbeat new song depicts a destructive relationship nearing its end with clever lyrics wrapped around sunny pop hooks and a brilliantly infectious chorus. Accompanied by a triumphant new video, “Wasted” was featured this morning at Earmilk, who said “It’s complexion in disguise, perfectly aligning dynamic layers of guitar chords and a simple backbeat. It periodically sneaks in other subtle instruments, jovial and innocent, never once letting you escape its irresistible charm."

“There’s nothing like the freedom you feel when you get out of a toxic relationship,” explains Williams. “I was a master of toxic relationships in my 20s. ‘Wasted’ is a summary of some of my experiences wrapped up in a fun little musical package.”

Beautiful & Strange showcases Chelsea Williams’ diverse musical palette, as she blends catchy pop sensibilities with elements of roots, psychedelia and jazz and incorporates everything from toy pianos and singing saws to sweeping string arrangements and a symphony of harmonicas and keys. Whether she is dissecting relationship dynamics or examining the very notion of destiny, Williams’ charming, confident songwriting and airy, nuanced vocals maintain an underlying current of optimism. The result is a cinematic collection of songs that are equal parts whimsical spontaneity and mature sophistication. NPR Music recently featured the album’s debut track “Red Flag”, with Stephen Thompson calling it a “fantastic earworm” and declaring “Williams’ brightly rendered Americana songs dispense poppy, anthemic uplift and earthy grit in equal measure.”

Chelsea Williams honed her skills busking at Santa Monica’s Third Street Promenade, where she captured the attention of passersby including Ron Howard and Sheryl Crow. This eventually led to a high-profile TV commercial singing in Maroon 5’s “Playing for Change” version of their hit “Daylight”, as well as a record deal and a Singer-Songwriter of the Year award from the Hollywood in Music and Media Awards. Williams’ 2017 release, Boomerang, garnered praise from critics including Rolling Stone Country, who describes her sound as “K.T. Tunstall, Sheryl Crow and Little Big Town’s Karen Fairchild on a confessional girls’ night out.” 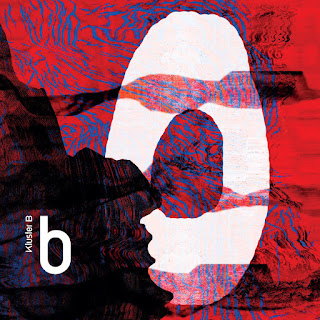 Kluster B (fka Kluster) are putting out their second album, 'b'. A lot has happened in all the five members lives since the first album, civic (2018). The band was very shattered during the period that the music was written, being far apart from each other both geographically and emotionally, which resulted in turns within the music none of the members could have foreseen. A band crisis emerged, a crisis that was processed in the studio during the recording week, something that has left its clear marks on the record. In the end, the recording of b was an enriching experience for the band, coming out stronger than ever on the other side, with a new name and a new record. There was now nothing left to lose.

Kluster B was founded by four friends and a virtual drummer in Malmö 2014, a real life drummer joined in shortly afterwards and the gang was complete. Since then, the quintet has been active on as well the Malmö indie scene as playing shows in Berlin, Copenhagen, Stockholm, supporting acts such as Frankie Cosmos, Omni and Nicole Sabouné. Debut album 'civic' was released in 2018 and Kluster received praise from Line of Best Fit, BBC Radio 6, major Swedish music magazines and more.

The band returned earlier this year with new single 'Counterpart', the first taste from the  sophomore album that will be released on April 17th. b is like diving in to 10 different swimming pools of Kluster B's playful sound - a melting pot of broad influences such as pop, punk, noise, lo-fi, indie and jazz. It is a development of the sound we got to know on their first album. The interplay and paradox between the complex and simple is still there but the quintet have this time allowed themselves more time and space to experiment with almost jamming and evolving parts that hypnotizes the listener.

The members have a history as academic jazz players, forming Kluster B after longing to find a collective process free from strict genre playbooks and narrow-minded academic rules. A process that resulted in Kluster B's captivating characteristic dynamic and turning points, alternating from melodious to dissonance, complex to simple.