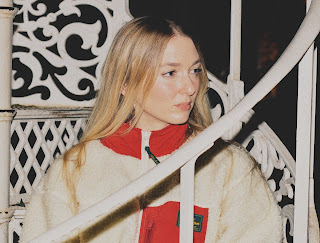 One of the more experimental, electronically-charged tracks on the album – Marie creates an image of a ship being adrift at sea, not being able to navigate to shore again. “I wanted the song to feel like being lost," Marie explained. "Something I feel like everyone goes through at some point in their life - and something I feel a lot of musicians can relate to when navigating their career as an artist.”

Brought up on some of soul and R&B’s greats; recalling the likes of Edwyn Collins, Womack & Womack and Gloria Gaynor being on regular rotation in her family home in Roskilde, Dahlstrom also cites the discoveries of Dwele, Musiq Soulchild, SWV, Dire Straits, Lucy Pearl, Erykah Badu, Kirk Franklin and Fleetwood Mac in her teenage years as key points of inspiration in her musical upbringing.

Moving to London 9 years ago from her hometown of Roskilde in Denmark – Dahlstrom has made a significant name for herself in those years for her warm, jazz-tinged, soulful R&B.

Now, she is preparing to release her long-awaited debut full length album Like Sand, out May 22nd. Recorded between LA, Copenhagen and London, Like Sand features collaborations with the likes of South London soul singer James Vickery, California based songwriter and producer Jeremy Passion, Brooklyn based singer/producer Elijah Fox, British guitarist Beau Diako and more. 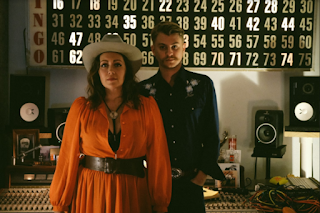 Atlanta-based surf-western duo Andrea & Mud have announced a June 12 release date for their latest LP Bad News Darlin' and have shared the first two singles from the album at Wide Open Country and Glide Magazine. Both tracks will be available on all streaming platforms April 17.

Surf-western music is a vigorous elixir - blending spaghetti westerns with rough-edged, honky-tonkin’ classic country. Atlanta-based duo Andrea & Mud draw upon genre stalwart Junior Brown, who coined the “surf-western” term, into their own special mix, tossing in heartier blues stock ala Shovels & Rope. Their songwriting is uniquely potent, and with their new album, Bad News Darlin’, they extract parts of themselves to cope, mend, observe, and grow.

Consummate storytellers, Andrea Colburn and Kyle “Mud” Moseley bury their instruments and melodies in the earth’s dusty shell. Each song is soaked in style, immersive and heightened like a Quentin Tarantino soundtrack 一 think Kill Bill or Once Upon a Time in… Hollywood.

These 11 tracks are ragged, transportative, and electric. “Birmingham, AL 8:30 AM” is a bluesy, late-night swiller, as they tie together a real-life story about a debaucherous night in the Yellowhammer state that carried on well after sunrise. Then, a song like the boot-scootin’ “Used Car Salesman” depicts a tale about a greasy, sleazy salesman and his hooker. With “I Ain’t Home,” they bite off their most straight-arrow country tune, a thick pluck reminiscent of Loretta Lynn with a smooth Conway Twitty charm. Together, Andrea & Mud are a match made in heaven, their stories forever intertwined. Separately, their backstories could not be more different. 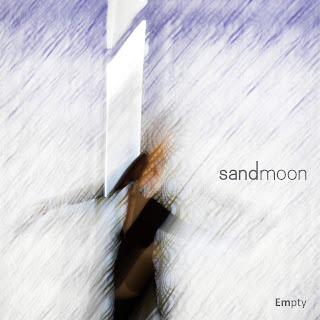 Sandmoon, an indie folk/rock band led by Lebanon-based musician Sandra Arslanian, is set to release their third single from their forthcoming album, “Empty”—a gorgeously measured and thought-provoking ode to a lost love and the consequences both melancholy and uplifting. The moody mid-tempo track employs a dark beat augmented by sharply executed atmospherics on guitar and electronics that ebb and flow and culminate into a cathartic crescendo.  Capturing the mood beautifully is the accompanying video shot by Cesar Award-winning Paris-based director Hany Tamba (After Shave). The striking black and white video showcases the band performing on a computer screen and  removed from a compelling, quietly intense and haunting series of images (starring actor Didier Vinson).

Sandmoon continues to create substantive music with emotive themes and an unerring sense of style that springs from Arslanian’s multi-cultural upbringing—born in Lebanon with Armenian roots and raised in Belgium.  Produced by Faddi Tabbal at Tunefork Studios in Lebanon, the song features Arslanian on  vocals, backing vocals, synth and additional guitar; Sam Wehbi on guitar, Georgy Flouty on bass and Dani Shukri on drums.  “Empty” is the third single taken from their forthcoming album, Put A Gun/Commotion, which will be released later this year and the follow-up to their recent single “Angels.”

Says Arslanian: “’Empty’ is about realizing how wrong some of your life choices have been and how liberating it is when you let go of them. The emptiness that ensues is an opportunity to care and dare again.” Adds Tamba: “What I like about ‘Empty’ is that it is both melancholic and uplifting. Sandra’s hauntingly beautiful and mellow vocals flow graciously through to the end.  There’s something very fluid and organic about ‘Empty,’ a song about the void left after an emotional break-up. There’s a sweet sadness to it, but also optimism.

For the visuals, I chose not to ‘tell a story,’ but to simply capture the emptiness while remaining faithful to the haunting atmosphere that the song generates. Slow and graceful images in black and white seemed appropriate, with a slight hint of color when we see Sandmoon on the computer screen.  In the end, what is important is that the images and the music become one. I hope I have succeeded in doing that.”