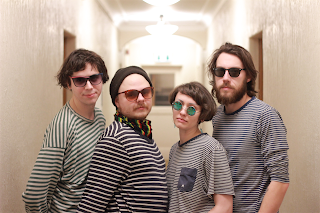 Healing Through A Sonic Figure, the debut full-length record from Winnipeg psych-rock/shoegaze troupe Juniper Bush is out now via Transistor 66. The album deals, in part, with finding one’s way through the other side of painful experiences towards a better sense of truth.

Of the eight songs contained on the record, five of them revolve around different phases in a troubled relationship and the challenges of returning to a partner in the throes of drug addiction. Atop chaotic, wall-of-noise chords, “Hindsight” is a dance with intuition and knowing, and “Foresight” is the loss of self that ensues. On “Turn,” vocalist/guitarist Lizzy Burt sings about the inner turmoil of a complicated love, and how patterns repeat despite life’s lessons. With the loud-quiet-loud dynamics of “Slowly,” there is a sense of resignation; and on the final tune of the suite, “And You,” the band offers the sort of swooning melancholy that will make you want to revel in gloom just a little bit longer. The lifeblood of each song is Burt’s celestial voice, capturing the agony of the experience with each fragile breath.

“Initially we wanted to release those five songs about letting go and coming back as an EP, but we continued to write,” says Burt, the group’s lead songwriter. “Music is a huge part of how I process very personal things in my life. Making this record felt like a turning point in my healing process after some pretty difficult times.”

The Coo’s journey started with a serendipitous meeting at an Amsterdam open mic, and has since evolved into a deep musical and personal relationship that bridges the North Sea. Matt Arthur (The Arthur Brothers) and Jara Holdert (Lewin) write and sing songs together in two-part harmony, reminiscent of the warm late 60s and early 70s sound of artists such as Carole King & James Taylor; Gram Parsons & Emmylou Harris;  Crosby, Stills, Nash & Young and contemporary artists such as Angus & Julia Stone and Big Thief.

Where The Coo’s first single told the story of their meeting, ‘If Only’, the second track from their upcoming debut EP, is the first song they ever wrote together and represents the genesis of their musical collaboration. After their first serendipitous meeting in Amsterdam, contact faded for a year, as Matt went back to the UK. But a year later, when Jara decided to visit him spontaneously in London, they reconnected and wrote a song on their first afternoon. They performed ‘If Only’ that same evening at an open mic in Camden Town, marking their first ever concert together.

‘If Only’ is a warm and harmonic story of the artistic journey through isolation and guilt and the yearning for release. With subtle musical shifts, The Coo’s second single is reminiscent of early Joni Mitchell with hints of Revolver era Beatles and Big Thief. 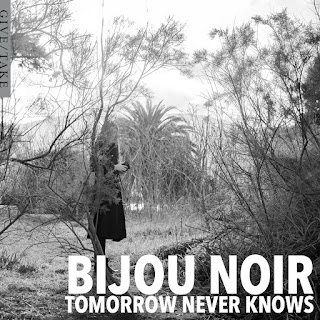 The ever-evolving Prague-based Bijou Noir have surprise-released a commanding rendition of The Beatles' 1966 "Tomorrow Never Knows" as a "name your price" download via Bandcamp.

What happens when you break up with your entire state of being? Bijou Noir's vivid debut LP We Are Alone Together is a savvy collection of pop songs that probe tectonic fractures in identity, spirituality, fidelity and loss in the 21st century.

Bijou Noir was formed in 2013 by Augustus Watkins, a creatively restless and ambitious multi-instrumentalist, vocalist, composer and lyricist.