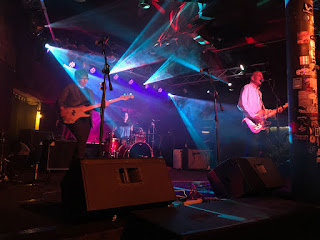 "Summertime Kids" is the second single from the Chicago band's sophomore album Work and Love, which will be released on Friday, May 1 via Room F/Pravda Records (CD and digital) and Cheap Kiss Records (vinyl).

Dag on the formation of the band - "SUNSHINE BOYS started after Freda and I were separately asked to help round out a band being assembled by our friends Brett Neveu (yes, the amazing playwright) and Rich Sparks (yes, the amazing cartoonist), based on their spiky pop tunes.

When Jason Narducy (yes, the famously elbowed musician) was unable to be a part of the team, I leaned in heavily and told Brett and Rich that we HAD to bring in Jackie Schimmel on bass. They kind of had no choice. This five-piece collective (called Sex Ritter: did you ever see us?) gelled quickly and we fleshed out and banged out Brett and Rich’s songs for a couple of really fun gigs. I think I had an ulterior motive, though, and that was to get Freda and Jackie together.

I knew that Jackie’s brilliantly melodic basslines would fit perfectly within the hypnotic and musical gallop of Freda’s drums, as well as the unkempt jangle of my guitar. We knew right away that we had something as soon as we started rehearsing with Sex Ritter, and we decided immediately that the three of us were a band. After more than a few years of not writing songs (I was busy learning a couple hundred songs by other artists for my cover band Expo’76), I began to crank out a bunch of material which Sunshine Boys set about learning in the summer of 2016. Deadlines are great motivators, and we’d asked Brett and Rich if we could open a Sex Ritter show in November (our debut!) and we worked in earnest throughout the fall. 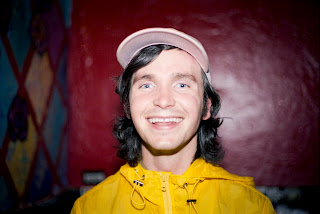 Leisure World (out April 24th) is the latest album from singer-songwriter Tyler Blue Broderick, who performs with the project Diners. Not only is it the most eclectic and ambitious album in the songwriter’s (already muscular) catalog to date—it’s one of the catchiest, most realized indie pop records released in years.

"It’s the American Dream: move to Los Angeles with high hopes, scan Craigslist for a little too long, and move away with a trove of songwriting material dealing with the absurdity of the entertainment capital of the world." says Flood Magazine of Diners upcoming LP.

Like all of their work, Leisure World—which Broderick scrapped and rerecorded several times before landing on an aesthetic they found satisfactory—draws on the most enduring aspects of pop’s past. Its 13 tracks bring to mind the technicolored melodies of ‘60s pop icons like the Beatles and Zombies, the
chilled-out pop proficiency of Laurel Canyon legends like Carole King, and the wry, observational story- telling of Jonathan Richman, and, to cite a more recent artist, Jens Lekman.

But Leisure World isn’t merely a puree of a record store clerk archetype’s most coveted possessions; like all the best pop music, it gleefully somersaults across the bridge connecting the past and future, and much of Broderick’s instrumentation and lyrics feel planted firmly in the present. These are bite-sized, mid-fi symphonies replete with glorious Omichord sweeps, second-hand synths, and layers of sun-kissed vocal harmony. 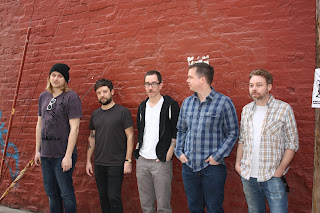 Spearheaded by singer-songwriter Colin Halliburton, the sixtet has proven themselves to be a prolific, providential and important act over the past decade. They’ve secured sync placements in ABC’s Nashville & Resurrection as well as USA’s Queen of the South, press in NPR, PopMatters and No Depression, and tours all over the US as well as Poland, Germany, The Netherlands and Belgium, sharing the stage with Ryan Bingham, Split Lip Rayfield and Dylan LeBlanc.

15 years in and six full-lengths deep, The Roseline are now gearing up to release their most personal record to date, GOOD/GRIEF (released last Friday). The LP was written in reponse to a tramautic year in the life of Halliburton, in which he dealt with the death of his best friend (and keyboardist in The Roseline) as well as the loss of his mother-in-law to suicide. The tracks are flush with millennial existential dread, mashing life experience with fictional narratives, set to soft country shuffles and epic barn-burning rock.

“I’m drawn to writing about subjects that are dark but perhaps make the listener feel a little less alone,” Halliburton admits. “My favorite pieces of art always do that for me.” 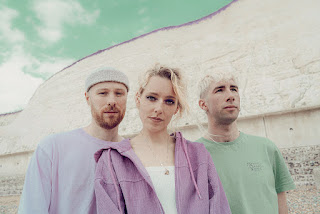 CIEL - Same Old Times With U.

Delivering moody alt-pop with magnetism, merging shoegaze with post-punk, noir rock and dream pop, ‘Movement’ revolves around a turning point, both physically and mentally, in Dutch frontwoman Michelle Hindriks’ life, as she moved back to her adopted hometown and gained inspiration to write the songs that form the band’s debut EP.

Comprising of acclaimed lead singles ‘The Shore’ and ‘Days’, the trio’s forthcoming EP highlights their early promise and intrinsic mystique, with praise arriving throughout the online community (Clash, Dork, Gigwise) and across the airwaves (BBC 6 Music), alongside welcome comparisons to Alvvays, Cate Le Bon and Our Girl.

Now calling Brighton their home, the cultured quartet have quickly earned kudos for their exquisite live show, with extensive live plans in place for later this year, following slots with the likes of Hatchie, Sasami and Penelope Isles, and accomplished sets at Eurosonic, Le Guess Who and SPOT Festival.

Detailing their EP release, frontwoman Hindriks explained: “The whole EP is about moving away from a more introspective period in which I felt quite distant from other people and moving into a new phase of my life in which I was able to open up. We’re now releasing this EP in a time in which we are forced to distance ourselves from one another; but I feel more connected to the people around me now that I did before”.