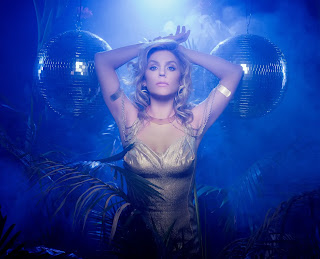 Suzy and The Lifeguard - Loolluby.

Mental health is seemingly being torn apart at the seams amongst the Covid-19 crisis. Suzy & the Lifeguard’s new ballad, “Loolluby,” presents a soothing elixir, while also questioning what is real and what isn’t in the battle within mental illness. “Loolluby” will be released on April 6.  It’s off the EP, ANIMA, produced by Grammy award-winning recording and mix engineer, Phil Joly (Patti Smith, Lana Del Rey, Daft Punk).

“Loolluby” serves as a melancholy backdrop to its darker meaning. Paradise’s vocals comfort as they fade in and out of focus, mirroring the inner drawing in and out of a person grappling with mental illness. Keys gently twinkle, punctuating that dream-like state where the struggle with reality exists for the person suffering from mental illness and the loved ones impacted by it.  “Loolluby” snaps in and out of reality as Paradises soothing vocals transform into a haunting interlude on the song’s bridge when she sings, “Wasn’t if different / didn’t it matter.” Suzy Paradise says, “It basically describes loving someone who is ‘there’ and then suddenly not; how that prompts you to question what is real.”

The chorus encapsulates the overall message of the song: “ So I keep digging underneath / You’re there deep down / You have to be / Or was I just imagining? / You seem so far away.” It enacts Bob Marley’s message, “My home is in my dome” within three key points. We can self-soothe by seeking refuge from an otherwise chaotic world by looking inward. We can find peace by not needing anything from others. And we can exude unconditional love and be happy with an experience regardless of the outcome.

The ANIMA EP due out May 1, embarks on a shadowed journey of neon nightlife and moody ambiance. Recorded in Kauai at a friend’s chocolate farm/music studio, Paradise says, “It’s vibier than the last record. It’s a bit darker overall, but it’s also still silly and fun. I feel like it’s an honest reflection of not only what I have experienced in the last five years but also the fun and magical space we were in.” 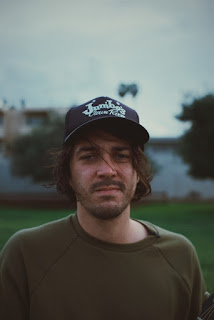 Today Richard Edwards has announced his new album The Soft Ache And The Moon will be released on June 12th. Edwards has also shared a lyric video for the single "January." Both graceful and impassioned, "January" blends introspective, searching lyrics with lush orchestration to create a compelling lead album track. Edwards is the former frontman and guitarist for Margot & the Nuclear So and So's, who released six albums between 2006-2014.

"I wrote this song, like so many on the record, while dancing alone in my house," writes Edwards. "I had an idea that by moving the body while singing, my melodies might bend and twist in ways they hadnʼt during years of sedentary writing. I was correct. The song is about a reoccurring dream when Iʼm sick."

The Soft Ache And The Moon was produced by Richard Edwards and Mike Bloom, and mastered by Grammy-winning engineer Greg Calbi (Kacey Musgraves' Golden Hour, Tame Impala's The Slow Rush). Reflecting on the album's creation, Edwards writes, "As has been the unfortunate case for the past few years of my life, upon getting started on a new record, I fell ill and had to make other plans.

I built a small studio in my house, where I was stuck for over a year of illness, and worked on finishing it long distance with my Los Angeles based band. It is more or less about things never quite getting back to normal after a personal cataclysm. And hopefully its actually about more than that, too." 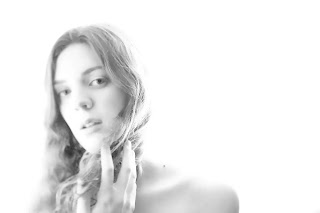 Cleveland indie-folk artist, Emily Keener, announces the April 13 single release of “Boats.” Through tender, breathy vocals Keener reflects a snapshot in time, capturing what it feels to be safe and understood.   It’s off the album, I Do Not Have to Be Good, due out May 22.

Keener wrote “Boats” after sailing Lake Erie on a summer night under the stars. It was her first time on a sailboat; everything was calm and there weren’t any other boats or people in sight. That peaceful tranquility exudes every note even as the chorus releases and the song concludes into a feedback-soaked space. She says, “I wanted to write a song that was so simple, just about appreciating the loves in your life and the moments we get lucky enough to end up in every now and again.”

On her upcoming album, I Do Not Have to Be Good, Keener colors her plaintive and introspective lyricism with a frailty that longs for connection and understanding. When Keener began working on the new album with Dalton Brand at WaveBurner Recording, she consciously broke away from the belief in perfection and purity as being necessary, or even possible.