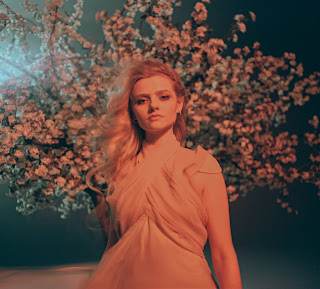 Rosie Carney - i spoke to god.

Rosie Carney releases new single "i spoke to god" alongside new EP i dreamed i was the night today. The EP was made in New York with Thomas Bartlett (Doveman), known for his work with Sufjan Stevens, Vagabon, Florence & The Machine and more, after the success of her debut album Bare.

‘i spoke to god’ was written in Rosie’s family home in Ireland after a 3-month tour, as she explains: “I was very heartbroken at the time and I remember it rained nonstop for a week and I literally didn’t leave my bedroom. All in all, the melody came first, fairly quickly and the lyrics followed slowly after as a poem but made up of gibberish.”

“I basically floated around my room like a ghost talking to myself,” she continues. Despite the title, she says “I’m not religious and I didn’t actually speak to god (disappointing I know), but when I did speak to myself, I pretended it was being heard by something much bigger than all of this.”

Although it comes from a place of pain, "i spoke to god" has an edge of optimism: “this song is predominantly a breakup song, but the message is very much one of self-reflection during a time of obsessing over someone who didn’t love me anymore.” "i spoke to god" follows previous single "when i look at you", an intimate cut capturing the last 10 tumultuous years of Rosie’s life which featured her bravely dancing on camera for the first time.

The EP follows Carney’s critically acclaimed debut album Bare which saw NPR write; “her songs feel lived-in and worn, conveying a bruised ache well beyond her years” and glowing reviews from The Line of Best Fit (9/10), Mojo, The Sunday Times and Uncut. "i spoke to god" is available on all online platforms April 10th alongside upcoming EP i dreamed i was the night, via Color Study, a self-described “personal pop” indie label founded in 2019 by her manager Spencer Kelley. 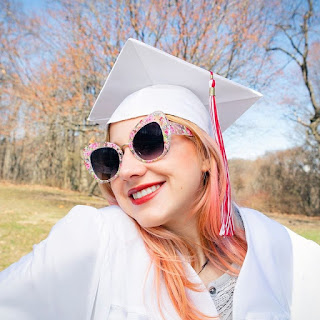 18-year old pop artist and high school senior, Maleena, today released a heart-wrenching video dedicated to the worldwide class of 2020, who are increasingly seeing their schools closed for the rest of their senior year due to the coronavirus pandemic.  The video for “Don’t Forget Me” bounces between scenes of current-day Maleena isolated in her cap and gown and scenes of future Maleena looking through a box of memories from her senior year, including a newspaper documenting the school closures.

“It is heartbreaking to know that we, as the Class of 2020, have unexpectedly already spent our last days in our schools without a proper goodbye,” said Maleena.  “But, I want to let all my classmates throughout the world that we are not alone in this.  We are bonded together by these unprecedented events and we will be a stronger generation because of them.  We can’t forget that and we can’t forget each other.”

Maleena began her musical career in 2010, in Pittsburgh Pennsylvania. She has been involved in numerous musical groups, ranging from the hard rock band, Chip & The Charge Ups, to Pittsburgh Youth Chorus.

Maleena has been performing her own songs in shows that feature singer-songwriters since 2017. She has been writing music for the entirety of her life and finally made a breakthrough in her music career with the release of “Uninvited” in 2019.  She continues to write and record her original music and plans to release a 6-song EP in 2020. 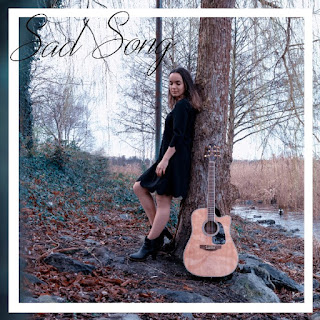 Being a software engineer by profession and a singer/songwriter by passion, I am super-blessed to enjoy two distinct yet exciting careers at the same time. Back in school life, when everyone was preparing for university, I decided to opt for vocal lessons along with getting apt at playing violin and guitar. That marked a new phase of my life. From turning on karaoke to pretend myself performing at my concert to actually recording my favorite songs and uploading them on YouTube, I eventually achieved that level where I wrote my first song.

While I love the extensive troubleshooting and technical exposure of my day job as an engineer, singing is an entirely different world for me. Having Bob Dylan, Jason Isbell, John Prine and many other amazing songwriters as my inspiration, I strongly believe in openly expressing my ideologies and personality in the songs I write.

I was born and raised in Yerevan, Armenia, and even though in the last couple of years I started performing at the local bars/pubs and having success there, in 2019 I left my comfort zone to move to Berlin, Germany. I believe being a part of a much bigger music community will bring more challenges, and will also let me learn and grow even faster.

This song is about unwanted changes that sometimes happen in our lives. It doesn’t matter if you stay strong and believe that it’s gonna work out for the best - sometimes you just can’t help but feel sad. I wrote this song a couple of years ago when I was going through something similar in my life, when I wanted to go back to the way everything was before. With everything going on in the world at this moment this feels like an appropriate time to play this song.