Now, Discovery Zone shares lead single ‘Dance II’. On the single, Weihl says “I remember finding this beat on an old Yamaha keyboard and playing the chords on the guitar in my studio. I was absolutely elated. I was dancing around the room. In the beginning stages of writing the songs that ended up on this record, I lacked a lot of confidence. I’ve been making music and touring for the past several years with my band Fenster, but this project is the first time I ever tried to write and record music on my own.”

“At a lot of moments throughout the process, I really had to trick myself to keep going, to not give up out of frustration or fear of failure. I think the lyrics of this song really capture the struggle and ongoing conversation I was having with myself at that time” she continues. “Dance II deals with inner conflict, paradoxes, and the endless digital archiving of reality. Some funny thing I’m trying to find and capture in myself and in the world and save but can’t quite. The thing I’m chasing. A feeling. A song. Myself. Whatever it is. It’s a Dance, too!”

Her album Remote Control, with its palette of chimes, chirps and shimmers, is a glowing meditation on our contradictory moment in history. In her hands, the limitations of the default setting form a territory of unbounded experimentation, from the system-notification synth funk of “Dance II” to the trance incantations of “Blissful Morning Dream Interpretation Melody.” There are bits of sound collage and a lot of operatic robot choirs woven through tight emotional electronic pop. 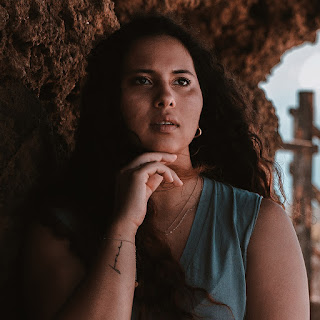 Meet Jessy Yasmeen, the latest addition to This Could Be Your Music Label! With both Dutch and South American roots, she brings the best of both worlds. Her dreamy indie folk is inspired by acts such as Ben Howard, Bon Iver and Matt Corby. She fits right in with current day artists like SOAK and Waxahatchee. With her songs she wants to challenge listeners to be vulnerable and help conquer personal battles like fear and desire.

Over the past three years, Jessy Yasmeen played more than 80 shows on stages in The Netherlands and Germany. Last year her debut EP saw the light of day, she won a big Dutch music award, 'Grote Prijs van Rotterdam' (category: singer-songwriter), and earned nominations for the Rotterdam Music Awards (categories: ‘the promise’ and ‘best track’).

Jessy Yasmeen has a lot of new songs and an EP ready to be released, starting with new single Dreams: "Dreams is written in third person, telling about "she", but it could be anyone. It is about someone who has a yearning desire, and from the uncertainties that it entails she dares to walk the path, but in fact all she wants is to dream.

From society, but also from your parents for example, you feel the pressure to do certain things related to which life phase you are in. Or you are in a relationship where you set yourself aside and lose yourself. But if you really listen to your heart, you may find that you are doing things that don't make you happy. Neglecting you true passion out of fear. But that is what you can overcome." 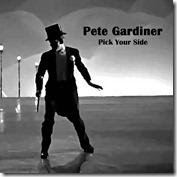 Pete Gardiner - Pick Your Side.

Pick Your Side is a lot like my last single “Bourbon” in that it begins with introspective observations and self-analysing lyrics before getting onto the big picture and what's really going on in the world.

The first verse was written out of frustration. I'd been living alone in a caravan for three years with no real association with a town or a community (Long story, but let’s just say I was self isolating long before it was the done thing) and I wasn't feeling inspired.

I felt like I was missing all the elements required to write a decent song. The elements that were so easy to come by in my late teens and early 20s when I was surrounded by the colourful cast of criminally insane characters I called my friends back in Northern Ireland. The melodrama and alcohol laden adventures of whom provided the perfect backdrop for any aspiring songwriter.

But somewhere along the way the realisation kicks in that although my personal life may be a little calmer than it was ten years ago, the rest of the world certainly isn't. I learn quickly that my boredom and lack of inspiration is completely unjustified and that the drama and chaos I believe to be necessary to write a song worth writing are more present than ever: I focus my frustration outward on problems like Brexit, Climate Change, Trump, and more recently Covid 19. Everyone's got to pick their side with all of these issues. But it seems no matter which side you're on “there ain't no lucky winners and there's no one keepin' score” – Pete Gardiner 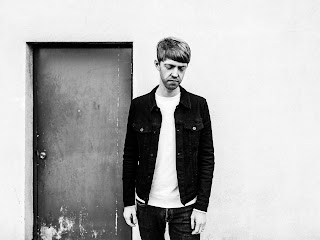 ‘Aros am Byth’ brings together 70s Italian disco synths and 90s power pop harmonies which will be THE sound of 2021. Full of hopeful longing and possessing a magical combination of melancholy and star eyed wonder.

As Dylan Hughes (singer/songwriter) explains “the vibe I was trying to get was Jeff Lynne taking over the studio after being at a Tame Impala listening party”. Music's future, present and past all coming together in a perfectly crafted pop song. 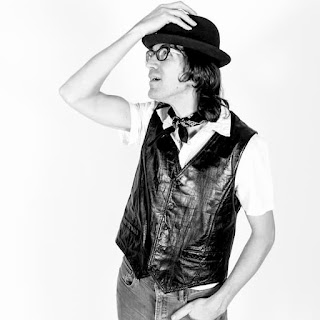 The latest Greg Klyma video, was made entirely during social distancing.

It's a performance featuring Greg (in Boston on guitar and vocals), Melanie Brulee (in Toronto on backing vocals), Guy Forsyth (in Austin on the saw!!), and Ed Croft (on upright bass, in Buffalo, NY).

Most recently, he raised $565 for the Boston Music Maker COVID-19 Fund and another almost $500 for Band Together Buffalo (where he's originally from). He's been on a roll, releasing three albums last year. 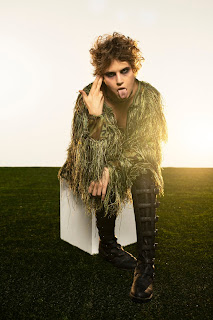 Blake English was born and raised in Athens Georgia, home of many musical juggernauts such as REM and The B52’s. He has always been interested in honing his skills in all forms of performance art, using the instrument of his body to express his artistry. He has been heavily involved in the theatre and dance scene since he was a child. He has quickly gained the attention of many with his debut EP “Spiders Make Great Poets.” His unique glam-punk sound is not only retro but fresh. Every song on the EP is inspired by a real-life experience so fans can really get to know more of who he is.

His musical influences are David Bowie, Lady Gaga, Marilyn Manson, and My Chemical Romance’s Gerard Way. He is also heavily influenced by the cinematic horror universe and all of its creatures, which come across brilliantly in each of the videos he releases.

“Above all, it’s about the art of storytelling,” English says. “I want to tell a story in everything that I do whether it be from my personal experience or an observation of the world around me. I’m more of a journalist, taking in what’s going on and reporting it back to you through the lens of my own experience.”

The first single “Sad Girls Dance Party” tells a story of a boy growing up and dealing with issues of his father limiting his freedom of self-expression. With the help of his imagination and the characters he creates in his head, He is taken on a journey to meet his future self which helps him accept who he is. With the use of practical creature effects and a narrative storyline, the music video is nominated for “Best Song” in the 2020 Berlin Music Video Awards.

While Blake’s primary focus is as a musician and performance artist, he also has a passion for directing music videos for others. Not only does he write and direct his own work, but he has also directed videos for artists such as Leland and Miss Benny. Blake has headlined for Lady Gaga’s Born This Way Foundation events, danced on The Ellen Show, performed at SXSW Music Festival, been featured on School’d (The Goldbergs ABC) and shared a stage with his life long mentor Amanda Palmer (The Dresden Dolls).

“Spiders Make Great Poets” is just the beginning of many great things to come.