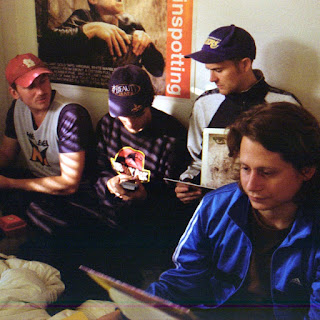 There is something that one may ask all over again: 'How do you feel?' – 'Mostly Fine', was Slow Soak's answer two weeks ago, according to the title of their last single. Now they confirm: 'Mostly Fine'. Because that's the name of their EP, which is released now.

The good thing about it: While Slow Soak managed to sweep away any worries of the listeners for the length of a single, this jolly good state lasts now during the entire EP for at least.

And it will last on after you have listened to it. The guys from Basel have written timeless songs, they don't have to hide behind indie heroes like Ash, Arctic Monkeys or Catfish and the Bottlemen.

No wonder, the list of Slow Soak's lineup reads like a who's who of young Basel's indie scene: Don't Kill The Beast or the (now disbanded) Sheila She Loves You, for example, are two names that are known far beyond the borders.

For 'LTD', the EP's lead track, Slow Soak have turned up the volume of their guitars, bringing back memories of their indie heroes Radiohead. 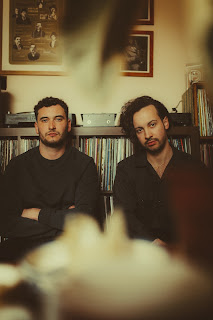 Yard Arms return with their promisingly melancholic new single ‘Mantra’, described by lyricist and frontman Villeneuve as a ‘triumphant love letter to the anxious’. The track exudes the playful exuberance of Psychedelic Furs and INXS combined with the romantically morose lyricism ala Ben Gibbard or Paul Buchanan. Think John Hughes movies if they were soundtracked by Tim Burton. A pulsating stadium sized emo-anthem to soundtrack your summer time.

Formed in 2018, the Bristol-based transatlantic duo are a jangle-pop powerhouse offering up a taste of late noughties euphoria and heartfelt melancholy. The first year saw them release their hauntingly beautiful debut EP ‘Maiden’, later followed up by their sophomore EP ‘A Glossary of Broken Humans & Beating Hearts’ both of which saw continued support from national radio & press such as BBC Introducing, Amazing Radio and the likes of NME.

They’ve recently played notable shows alongside bands such as Arxx, Sorry, Crooked Colours, Band of Skulls, The Blue Aeroplanes and China Bears, as well as a headline slot at Rough Trade in support of Record Store Day.

Mantra, the hypnotic debut from their upcoming third EP, recorded, mixed and mastered at Stage 2 Studios with Producer Josh Gallop (Phoxjaw) is released today, May 8th. 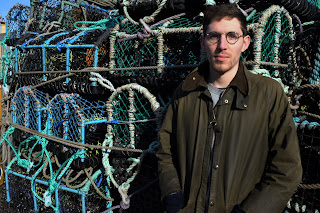 Having made a name for himself as a successful composer of music for film and television, Roly Witherow has chosen an entirely different direction for the first solo release – traditional folk music. Telling stories through his music comes naturally to Roly and by expanding his universe to include sea shanties, styles from not just around the British Isles but also around the world, as well as the whole gamut of life, love, death and a dash of humour, Ballads and Yarns provides a modern yet classic celebration of the art of folk music.

Ballads and Yarns is preceded by the rollicking sea shanty, Row Bullies Row, recorded most famously by Ewan Maccoll but now updated to feature electric instruments and even Korg synthesiser, with an even keener emphasis on the sleazy and the bawdy, a brilliant and evocative tribute to the crumbling British seaside town! Roly’s latest taster from the album is his suitably cinematic take on the traditional sea shanty/lament, Lord Franklin, most notably interpreted previously by Pentangle. The album is a diverse collection of folk styles, from the lullaby on the plight of Mankind in Paean to Earthly Things and Wedding Song which even features a recording of Devonshire sea shanty collective, The Old Gaffers, from Roly’s wedding day! The reworking of traditional songs on Roly’s debut album are reverential whilst taking them into a more widescreen territory, fitting perfectly alongside his originals which both tug at the heartstrings and nibble at the funny bone!

Hailing from Peckham, London, though currently based in East Portlemouth on the South Devon coast during the lockdown with his heavily pregnant wife, Roly Witherow has composed for television programmes such as BBC’s hit, Who Do You Think You Are? and Channel 4’s On the Edge as well as for films such as 2014’s Gregor; Sex Ed (2017) and Try (2018). Ballads and Yarns was written and recorded in Roly’s own home studio and was mixed by Joao Noronha in Brazil (where his wife hails from). A nod to the past, present and future, Roly Witherow’s 'Ballads and Yarns' is 21st Century folk music in all its glory. 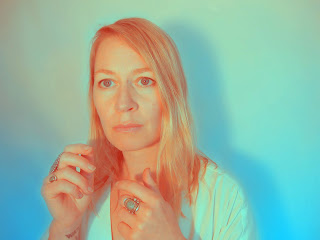 Marin Patenaude’s confessional folk is deeply honest, inspired by the wildness of nature, the messiness of human connection, and the overwhelming desire to run away from it all. Emotional lyrics paired with softly powerful instrumentals craft stories that explore loving and losing, the fragility of the human condition, and stories of a rural upbringing.

The daughter of musical parents and the younger sister of Juno-award winning Pharis Romero, she was raised on folk and country harmonies. While it was a huge part of her upbringing, Marin didn’t initially look to music as a viable career. From landscaping for the rich to running through the woods with her dog, a backpack, and a surveyors map, scrubbing toilets to training horses, she collected many random and interesting skills and experiences to use as songwriting fodder. When travels through other disciplines and passions didn’t last, she made a record; a heavy collection of songs about heartbreak and displacement. A surprising first release, it’s full of gut punching beauty.

Following the release of her self-titled debut in 2016, Marin extensively toured BC’s festival circuit as a solo act, across Canada with Kenton Loewen as part of Dan Mangan’s house concert series Side Door, through Germany and Switzerland as a duo with Cole Schmidt, and worked as a session harmony singer in Vancouver for artists including Khari Wendell McClelland, Sam Tudor, Real Ponchos, CR Avery, Ora Cogan, The Crackling and many more. She opened for Sarah McLachlan at the 2016 Vancouver International Jazz festival at the Queen Elizabeth Theatre, a personal career highlight.

In support of her second album, Marin joined Dallas Green’s Toronto based label Still Records. Sight Unseen was produced at Afterlife Studios in Vancouver, mixed by Karl Bareham, and mastered by Jaoa Carvalho. Marin took the reins on production, and enlisted the help of dedicated players she feels very connected to, musically and emotionally. They kept their hearts and the doors open for magical studio surprises, and the finished album reflects that open minded approach to sound.

Sight Unseen shows a louder, grittier side of Marin’s indie folk sensibility. Citing the influence of artists like Joni Mitchell, Tori Amos, Ani Difranco, Sarah McLachlan, and Neil Young, there’s an underlying darkness beneath the clear, free spirited melodies. For Marin, her songs are an extension of self–an opportunity to be as honest and real as she feels, something she has difficulty doing in the so-called real world. It’s big and it’s not always light. Though she’s a bright personality by nature, she often uses her music as a way to process grief. Her vocals are strong and technically trained, and she’s outspoken about the complexities of relationships and the uncertainty of our current political times. The album is out May 29th.