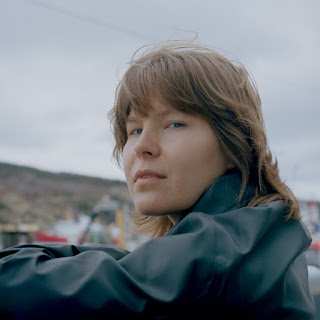 Montréal-based singer-songwriter, Camille Delean, is today sharing her new single and video, ‘Go Easy’. Following on from The FADER and Line Of Best Fit-tipped single, ‘Fault Line (Late July)’, the new track poses as another glimpse at Delean’s sophomore album Cold House Burning which is due for release via the Hull, Québec-based artist-run label, E-Tron Records on June 5, 2020.

Whilst becoming something of a staple on the East Coast Canadian music scene over the past few years, supporting the likes Timber Timbre, Fink and Andy Shauf along the way, the new album trails Delean’s 2017 debut, Music On the Grey Mile, an album that introduced the artist’s distinct palette. Whereas her first record was a cumulative travelogue, a reflection of disorientated years on the move, Cold House Burning summons a present-tense examination of its opposite: a troubled settling down. Inertia brought on by illness developed a feedback loop of sorts, a spiralling sense of solitude; it was a strictly interior world decorated with isolation, homebound routines, and internal dialogues, pieced together with little victories.

Sonically occupied by meticulously placed saxophone sections, light electric guitar and delicate piano, ‘Go Easy’ marks another highlight on the forthcoming record. Whereas much of the record is occupied with the interior world and a sense of malaise and inertia, ‘Go Easy’ presents the album’s pacifying glow, and the motion to peel back the layer darkness. “This one is the antidote,” says Delean. “Much of the record came from a place of deep tension and unease; ‘Go Easy’ is the soothing force, the light at the end of the tunnel, a calm urge to look beyond the personal (and human) experience. There is a layer of fluidity over the heavy drums to latch on to… a helping hand in getting off the ground.”

Written over an extended period of near seclusion at home in Montréal, the album has morphed into a true child of the city, welding together a collection of songs recorded with a pool of trusted collaborators from the city: Delean’s co-producer, Michael Feuerstack (Bell Orchestre, Snailhouse), Jeremy Gara (Arcade Fire), Mathieu Charbonneau (Last Ex, Organ Mood) Philippe Charbonneau (Scattered Clouds, Esmerine), Joshua Zubot (Land of Kush) and Adam Kinner (Land of Kush, Leif Vollebekk). 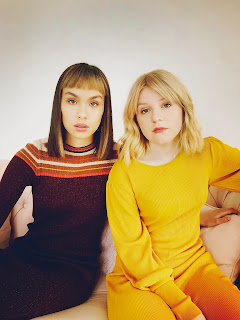 Moscow Apartment create indie rock that is interwoven with the timeless and perceptive writing of singer-songwriters Brighid Fry and Pascale Padilla. The harmonious duo, aged 17 and 18, are slated to release their sophomore EP, Better Daughter, this June. The EP presents an evolution of their sound from acoustic beginnings to the freedom they now enjoy playing live in a full band, which is translated in Better Daughter’s layered arrangements.

The band just released a new single "Halfway" - the first from their upcoming sophomore EP. The track is a lush, folk-imbued indie rock track interwoven with rich harmonies.

Moscow Apartment create lush, folk imbued indie rock that is interwoven with the timeless and perceptive writing of singer-songwriters Brighid Fry and Pascale Padilla. The harmonious teenage duo are slated to release their sophomore EP, Better Daughter, on June 26, 2020. The EP presents an evolution of their sound from acoustic beginnings to the freedom they now enjoy playing live in a full band, which is translated in Better Daughter’s layered arrangements.

2017 marked the release of Moscow Apartment’s acclaimed self-titled debut EP, followed by winning Slaight Music’s ‘It’s Your Shot’ songwriting contest and its $100,000 grand prize artist development contract in 2018. Fry and Padilla have spent the intervening years touring and developing their skills as producers and writers, receiving guidance from the likes of Broken Social Scene’s Kevin Drew and Grammy-winner Chin Injeti.

The duo produced Better Daughter in collaboration with Vance Powell and Guillermo Subauste, who assisted in bringing a poetic and multilayered collection of songs to life. Tackling subjects which range from internalized misogyny to the complicated nature of adolescence, the songs on this EP reflect Moscow Apartment’s development as guitarists, vocalists, and writers whose music transcends limitations.