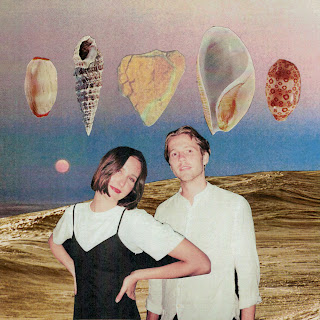 The first song written for their upcoming debut EP Brown Bread set for release on Friday 26th June, ‘Wide Open’ features lightly spatialised guitars, thoughtful vocal harmonies and gorgeous swells across the deeply introspective piece. “The song explores the sense of space that opens up in your soul when you can truly let someone go, without forgetting or devaluing them,” explains vocalist Sally Latter.

“I had a really simple chord progression and a draft melody to start, and Mike then came up with the lead guitar lines over the top. Mike then wrote the demo drumbeat on our terrible friend-of-a-friend’s drumkit and we recorded it with vocal mics. Despite all that, even with just the very rough bones of the song, we knew it would be one for the EP.”, Sally continues.

In spite of these humble beginnings, they were able to turn it into the polished, dreamy finished product being released today with the help of producer Aidan Hogg (Plutonium Studios) and Stu McKenzie (Good Boy, Future Haunts) on drums.

The track releases accompanied by a music video edited by the duo, producing a Super 8 home movie aesthetic. "This video is a catalogue of our time in Myanmar in the first few months of 2020," explains guitarist Michael Todman. Shot over three locations, the pair temporarily relocated to Myanmar for Sally’s work as a humanitarian lawyer, where the duo lived in a guesthouse characterised by toothpaste-green walls, unsympathetic fluorescent lighting and the sound of monks chanting into the night. “We found it hard to adapt at first, but we were shown kindness by many people. Putting the music video together was an exercise in documenting the moments of beauty in a time that was also tough and confronting,” Michael continues. It’s the perfect accompaniment to the lush soundscapes of the song: juxtaposing beautiful seaside imagery with the track’s sombre, reflective nature. 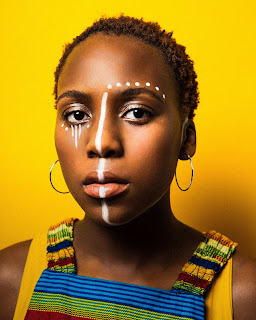 “Trouble” is an anthem for the romantically self-destructive, like a song version of a support group. It captures the pulling, addictive feeling of going after someone who keeps you on your toes or makes you work for it, whether or not they actually want you. There’s a point when it stops being about the crush, and becomes about the chase. This song is for anyone who has fallen for someone who doesn't feel the same, or been strung along and then ghosted. It's for the people to make a new memory."

About Lenkie - Lenkie is a 17-year-old South African musical artist living in New York City. Her sound exhibits emotive layerings through soulful vocals and wistfully woven lyrics that luster beyond her age. She unites an open vulnerability, performance power, and presence that's independent and inviting. Her first two singles were released in late 2019, which feature her striking voice and poignant melodies that angle at the current mood in a textured polish.

Produced by Sam Friend (Cherry Jungle), performers on the records include Lenkie on vocals and guitar, Dani Markham (Childish Gambino) on drums and percussion, Curtis Nystrom (MS MR) on bass, and Sam Friend on organ. Luke Moellman (Great Good Fine Ok) mixed the songs. Her upcoming single "Trouble" involves the same team plus Geneva Harrison (Bells Atlas) on percussion. Lenkie represents a blend of her international influences and unique ability to channel universal themes into vivid specifics. First introductions to the public have her connecting fast with a broader audience, as she continues to creatively unfold and shine. A singer-songwriter with a stylish passion and worldly background, Lenkie is a new artist on the move.

In the spring of 2016, four musicians from Milan, Italy, decided to make music as an art laboratory of art experience.

They started experimenting a peculiar way of composing, barely meeting, and making music remotely from their houses: Hausers was born and since then, dozens of home-recorded songs were given birth and each one of these brilliant pieces of music deserves to be discovered.

Hausers' first record is about to come out and hit the mark for new experimentation in home recording rock music. 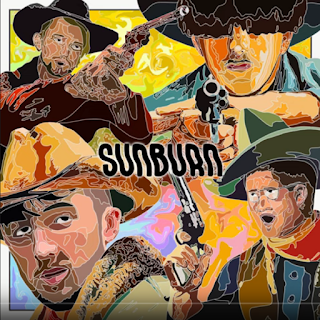 Our band Sunburn (Dublin based) released our debut single Jump the Gun last month. Judging by our Spotify statistics, we are doing very well in the UK.

We take huge inspiration from artists like Catfish and the Bottlemen and Sam Fender.

We all met in BIMM Dublin where the likes of Fontaines D.C. and The Murder Capital we're formed, and have aims to follow in their footsteps onto the exciting new Irish scene.