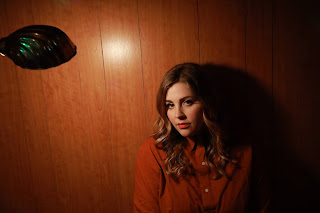 The new single from singer/songwriter Natalie Schlabs "Go Outside" has been released today. Natalie says the song is about "getting off my damn phone and going outside, experiencing the world person-to-person, close up."

It's particularly resonant right now as people are beginning to emerge slowly from quarantine (or if you live where I live, a little too quickly in my opinion haha). Here's to hoping that folks will be encouraged to embrace the world in person and not via screens in the new "normal" we're entering!

"Go Outside" is from Natalie's forthcoming LP Don't Look Too Close, set for release on October 16th.

The songs were all written about the tension/push-pull of close relationships, inspired by reflections during her pregnancy with her first child - would she raise him differently than how she was raised? What would she teach him? How will he handle the knowledge that she's human and makes mistakes? How will she keep that knowledge from hurting him? Each song features her gorgeous voice and lyrical prowess as they tug on heartstrings and offer perspective. 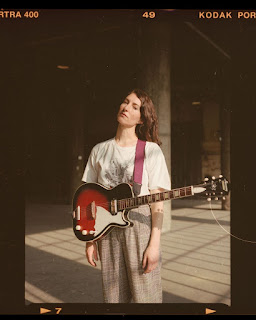 Earlier this year Toronto's Hannah Georgas shared a pair of singles "That Emotion" and "Same Mistakes," — the first released in early March just before the scale of our pandemic crises had become clear, the second a month ago at the height of quarantine.

The first sampling of a forthcoming collaboration with producer Aaron Dessner of The National, the singles received a rapturous response. Today, Georgas is announcing of her new album All That Emotion, a full length collaboration with Dessner that is due out September 4th on Brassland & Arts & Crafts. and sharing her new single "Dreams."

"I have been thinking about what this album represents to me and it is resilience," says Hannah. "It's about finding hope and a way out the other side of tough situations. The hardships we go through make us grow into stronger people. The album is about healing, self reflection and getting up again at the end of the day."

Of newly released single "Dreams" she writes: "In my past, I have let my insecurities play into relationships and have pushed people away because I have felt like I'm not deserving of love. This song explores the idea of breaking down those barriers of insecurity and being more open." 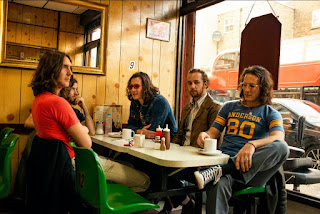 Tempesst - On The Run.

London-based indie-rock quintet Tempesst have today announced their debut album Must Be A Dream will be released September 30th, via Pony Recordings. Along with the album announcement, the band are also releasing the album’s first single “On The Run”, out today alongside a candid studio video directed by the band’s very own Andy Banjanin.

A vivid, expansive sample of the band’s upcoming full length; “On The Run” and the forthcoming album follow Tempesst’s two previously released EP’s ‘Adult Wonderland’ and ‘Doomsday’, both widely lauded for their '60s and '70s influenced indie-psych fusion.

On new single "On The Run" the band layer vocal harmonies on top of reverb heavy instrumentation orchestrated far and wide into a massive psychedelic pop exploration.  It’s all brought back to earth by Tempesst vocalist Toma Banjanin’s slithering baritone and stories of death, substance abuse and the loss of innocence forever.

Speaking on the new single, singer Toma shared: “‘On The Run’ was written about a close friend who disappeared for a decade and returned as someone completely different, and it’s an ongoing trauma. When I connected the music to the lyrics to try and finish the song, it felt like it had a rolling rhythm, so the chorus fell into place from there. For me, this song carries a lot more emotional weight.”

Consisting of Sunshine Coast, Australia born twin brothers Toma (vocals, guitars) and Andy Banjanin (drums); the band is rounded out by fellow Australian’s Kane Reynolds (keys) and Blake Misipeka (bass), and Swiss/American guitarist Eric Weber. Now all residing in London where upcoming debut album Must Be A Dream was written and recorded, Tempesst have become well known for their sweeping, psych-touched indie rock.

Produced by longstanding collaborator Elliot Heinrich, and mixed by Claudius Mittendorfer (known for his work with Parquet Courts, Temples, Yak, and Sorry), Must Be A Dream came together at the band’s very own Pony Studios, a studio space that Tempesst built themselves in Hackney, East London. A massive step forward from their previous short format releases, Must Be A Dream is a wide-eyed excursion of folk-tinged psychedelia with nods to Spiritualized, Galaxie 500, the Flaming Lips and the Beach Boys.

Ten tracks of psychedelic pop grandiosity, combining the classic teachings of Laurel Canyon-esque folk harmonization with bombastic sensibilities found in the works of Love, ELO, Pink Floyd, Wings and more. Must Be A Dream is a paradox of complexity and musical prowess shrouded beneath deceivingly simple pop melodies, producing a dense, sun-kissed record that explores themes of identity, purpose, ageing, love, loss, substance abuse, the death of loved ones and remembering the beauty beneath it all.