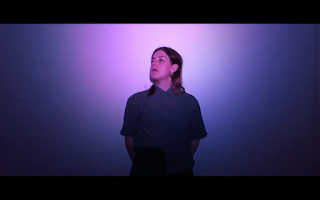 Following on from the release of their breakthrough debut EP ‘Mouth Full Of You’ last year, a collection that cemented them as one of the finest emerging shoegaze outfits of the moment as well as garnering support from Steve Lamacq at BBC 6Music, Swedish trio Spunsugar now return with their latest dose of forlorn industrial electronics on ‘Happier Happyless’ through Adrian Recordings.

With a strong affinity for post-punk, noise-rock and dream-pop, this genre-bending new offering sees the group deliver one of their hardest and most impactful releases to date. With a Robyn-esque direction, filled with the atmospheric vocals of frontwoman Elin Ramsted, the group look to emulate the warm and driven sound of acts like Cocteau Twins and Slowdive with their pulsing aesthetic.

Speaking about their new single, the band said, "’Happier Happyless’ is a sour and sweet song, tackling subjects of pining, happiness and revenge. Having a fittingly slower pace than former Spunsugar singles, this song is also an homage to the shunned 2001 slasher movie Valentine, released a little too late in the post-Scream era. Written with the aim to have “a memorable hook, a thumping synth bass line and a gazey chorus” this is a good introduction to the bands debut album, because of the constant switching of emotional tonality."

‘Happier Happyless’ is set to become the band’s first taste of their long-awaited debut album ‘Drive-Through Chapel’, which is set to later this fall via Adrian Recordings. 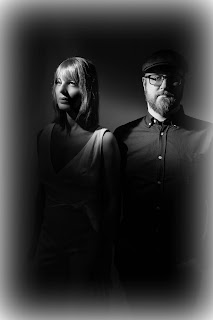 Toronto band, Running Red Lights, announces the release of the second single in their retirement ‘Sendoff Series’, 80’s mock-gothic power pop single, ‘Hollow’. The series marks the finale of a fifteen year career that includes a multitude of awards, notable performances, international tours, as well as some beautifully crafted music.

Fifteen years is no small commitment and the band wanted to honour those years with a proper good-bye. Though they played a farewell show to a sold out Toronto audience in November of 2019, RRL chief architects, Kevin Howley and Scarlett Flynn, have since been haunted by the ghosts of abandoned songs that currently exist only in the consciousness of an old hard-drive.

‘Unfortunately, after 15 years, RRL lost its vivacity and it was time to let it go’, Scarlett remarks, ‘however, there still remained the question of what to do with all the material that never made it to a release. There is nothing worse than banishing a song to its grave, having never given it a chance to live’. Therefore, in a single driven music economy, RRL is seizing one final opportunity to draw its final breath.

The second single in the sendoff series forms a shadowy coalition between indie rock and 80’s pop/darkwave. Hollow opens over minimalist swirls of ominous sounds evocative of a classic 80’s horror film soundtrack. Scarlett’s voice maintains a trancelike composure insinuating a feeling of creeping dread. The song seamlessly swells and mutates into a fast-packed mock gothic 1980’s pop/rock chorus with urgent, syncopated grooves and full-throttle gritty vocals. The alliance of mythological imagery with the twisted, hypnotic echoes of the synth hauntingly paint the spectral portrait of what remains of a scorned woman and her painfully vacant heart.

The single hollows out its own niche in the RRL ethos, distancing itself from the classic euphonic and organic RRL folk fare. It is the 80’s power-pop black sheep that will satisfy fans longing for nostalgic RRL circa 2008. The song and the official music video is set to premiere on YouTube and release to all major streaming platforms and digital stores, Friday June 5th. 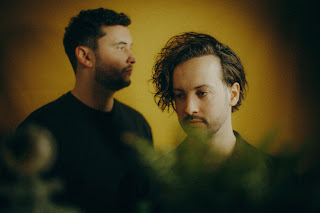 The third EP 'Sanctuary Lines' from Bristol-based melancholic pop duo Yard Arms, is due for release June 26th. Described by frontman and lyricist Noah Villeneuve as "an exploration of combating nostalgia in the modern age", the EP is bursting with alt-indie hits and I'm really excited about this release.

Ahead of the EP, the second single 'These Four Walls', the isolation anthem they never knew they had written, is released today June 5th.

Initially the song was an avidly honest commentary of longing for the ‘honeymoon periods’ in life and dealing with our internal voices that keep us thinking the grass is always greener. The timely lyrical themes began to take on a whole new meaning as the world around us began to shut its doors due to the coronavirus. 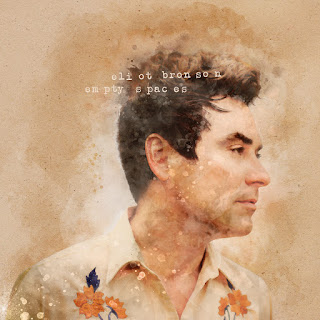 Acclaimed singer/songwriter Eliot Bronson, shares his new single “Empty Spaces”. The song is the title track from his album which is set to be released on July 24th via New Pain Records.

The song dives into the bittersweet depths of emotional experience with humility, honesty, grace, and sadness” fits perfectly into the tapestry of the album, which was written during a period of tumult — including the breakup of a 10-year relationship, the end of an engagement, and a move from his adopted home of Atlanta to his current headquarters in Nashville.  The collection is about loss, redemption, the places we leave, and the homes we make for ourselves. More importantly, it's an album about starting again and it’s Bronson's sharpest songwriting to date.

The project can be viewed as a concept album as Empty Space's unique punch is best  delivered on the title track where Bronson sings about coming to terms with the void left by his ex's departure. The song’s video illustrates this sentiment quite literally. It's a breakup song for realists — a song that neither wallows in its own misery nor celebrates a sense of newfound freedom. Bronson sings about the complicated feelings that exist somewhere between

Of the project the artist shares, "I began writing the kind of songs I needed to hear," he explains. "Empty Spaces was the best healing work I could've ever done. I had a weird, challenging childhood, and I originally turned to music because I didn't have anywhere else to go. I made my own little world that made me feel safe and understood. This time, I really needed to find that space again. I made this record for the same reason that I wrote my first song. It wasn't for anybody else; it was for me. Hearing the right words at the right moment can be the most magical elixir you can possibly take. It can heal you."