June 03, 2020
Brad Stank just shared 'She Was A Tease' ahead of this Fridays 'Kinky Om' album release, the new song showcases Brad's cool enticing vocals against Gal Go's superb saxophone performance. === We have featured Bokito a couple of times in recent years and they are back with 'okok' a song that simply demands attention from the opening moments, both vocally and with the wonderfully tight musical arrangement. === We have a new song from Kaylin Roberson entitled 'Out Of My Town' and it's a modern country piece packing plenty of feeling whilst it exudes quality. 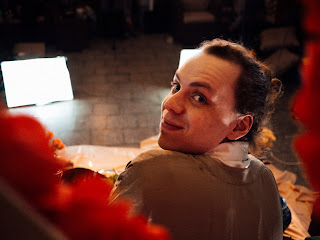 Brad Stank - She Was A Tease.

Brad Stank shares "She Was a Tease", the final single from his forthcoming debut album Kinky Om to be released via Heist or Hit (Her's, Pizzagirl, Guest Singer).

“My new teasy offering is perfect for pulling out your garden chair and basking in the glorious rays of the sun, or even a hot steamy bath", Brad notes. "Or maybe laying in bed readying yourself for some astral projection..."

For the track Brad solicited the help of new friend Gal Go whose musicianship is widely celebrated on King Krule records among others. Having met the elusive saxophonist at one of his London gigs in 2018, the pair stayed in touch with the intention of collaborating.

“Gal Go showed up to our show at SET in Dalston with his friend and photographer Daniel Ventura, who also ended up taking some lovely photos of me back in September,” Brad explains. “He came on stage with us to jam my song Maithuna at the Redon in October; we hung out in the chicken shop nearby before the show and kept in touch afterwards which led to him providing his sultry screeching sexaphone for the record. Hopefully there’ll be more to work on together some day!”

The first opportunity they got was on his album Kinky Om, out this Friday, which sees Brad team up with producer Saam Jafarzadeh (Her’s). The record pays homage to pioneers such as Marvin Gaye, D’Angelo, George Harrison and John Lennon and delves into his learning of Eastern philosophy and the teachings of Jack Kerouac, Paramahansa Yogananda, Jiddu Krishnamurti and more. 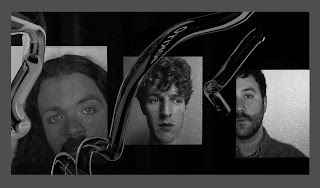 “Ok ok I feel you today / But know that those feelings are fading away” go the cutting lyrics in Bokito’s new single. ‘Okok’ hones in on the uglier part of human relations: their severance, with a fierce musicality that makes for one of the year’s most poignant and cathartic indie singles. Opening with a palpitating kick drum beat and bright chiming guitars, the melancholia of frontman Moses’ stacked vocals evokes bittersweet wordless partings, and he goes the full range throughout the middle eight, which culminates in an exhilarating falsetto display.

Ben Jackson’s immersive production floats the intricate busyness of the instrumental atop a soundscape of swirling ambience to make for a record that sounds restless and assured. It’s business as usual from a group reinvigorating the indie genre one release at a time.

Bokito’s music beckons us into impulsive and unfettered behaviour, both through recordings and in the flesh at their remarkable live shows. It’s a tight and uproarious blend of indie, rock and pop that reels listeners in with hooks so infectious we’d need to be quarantined in a cell made of penicillin to get them out of our system. Enigmatic frontman Moses is a creature of instinct, radiating a soulful, primordial energy that baits listeners into following him into the uninhibited.

His scorching vocal range leaves aural burns reverberating in your ears as they direct your fingers to the reload button. Guitars and keys merge kaleidoscopically, giving Bokito the range to go from hook-led numbers like ‘Love Gotten’ to the shimmering pop of ‘Freckle Leather’ via the grooves of ‘Colleen Bawn’. Drawing inspiration from diverse artists like J Dilla, Jeff Buckley, Fela Kuti, Justin Timberlake and Queens of the Stone Age, the group’s high-octane songwriting always stays deftly and dynamically under their control. Paired with Moses’ honest introspective lyrics, the five-piece channel a wide spectrum of emotions to leave plenty more for listeners to discover at each play; of which there will be many. 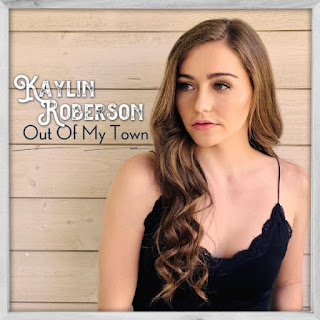 Kaylin Roberson - Out Of My Town.

Ever since I’ve moved to Nashville, my love for my hometown has grown stronger and stronger, and I wanted to capture the feeling of going back home and seeing things change.

I never used to understand why we had to drive by the house my dad grew up in every time we went to South Carolina, but now I get it.

It doesn’t matter how much time changes a town, the feeling of going back home will always be there.