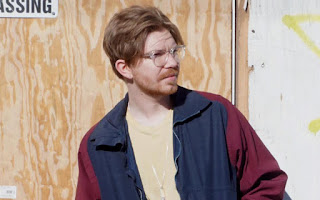 Kansas City-based psych pop producer Heads or Heads has a new video for "Lake," the closing song from his latest record, Low Angles.

Filmed by the project's Alex Harbolt (who is also a filmmaker by day), "Lake" is a idyllic snapshot of the lake that inspired the song coupled with Harbolt's friends shot before COVID-19 made tight-knit barbecues and swimming a temporary impossibility.

The song fittingly concludes an album built on idealism, framed around a trip to Los Angeles Harbolt took with his girlfriend in 2018.

"It was the first time in LA for both of us and I remember being there and so many crazy things kept happening that in my head, I was going 'I can make an album out of this," he says. "I grew up in rural Missouri and always wondered what places like LA would be like; it's sort of been a dream to live there for a while now. And being there in person was a very surreal experience."

Low Angles is out now on cassette and all digital platforms. 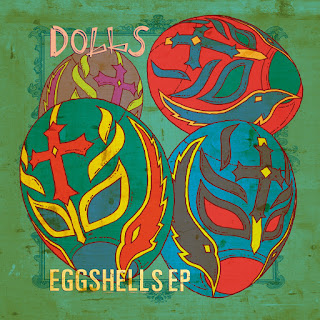 The 2-piece, comprising Jade (guitar and vocals) and Bel (drums and vocals) packed out Rough Trade East in London to launch their first EP ‘Pop The Bubble’, however in current circumstances will be operating solely online for this release, in part because Jade is in home town of London and Bel is back in Spain. The EP was produced and mixed by Margo Broom at Hermitage Studio Works in North London and the first track to urace from the session is the EP’s title track ‘Eggshells’

Jade explains that the ‘Eggshells EP’ is more auto-biographical than Dolls have ever been in the past and that it is “about the struggles that we have faced in our 20’s. Losing friends, creepy men, the strive for perfectionism and day-to-day anxiety. We have written about what we feel is really important as we get older. Musically we have evolved with this EP and although the gritty garage rock is still there we’ve broadened our sound with synths, percussion and multiple vocal layers.”

The “Eggshells EP”, set for release on 20th June 2020 as part of Love Record Stores Day which is the music coming together aiming to get music-lovers to support their favourite independent record stores by shopping online on June 20, when exclusive and limited edition vinyl releases from a range of artists and labels will be made available to purchase on the websites of various record stores. 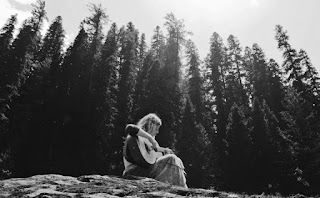 Katherine Abbott is a free spirited folk singer/songwriter from England. Growing up in a musical household, she has been singing all her life and began writing songs as a teenager which led to pursuing a musical career through busking & performance. Influenced by the likes of Joni Mitchell, Neil Young, and Bon Iver and inspired by the quest for freedom and the contrast between reality and dreams; Abbott composes songs on guitar that display poetic and thought provoking lyrical content and a haunting, soulful and soaring vocal delivery. Abbott’s songs blend contemporary subject matter with classic folk songwriting to create something truly unique & captivating.

Abbott began busking at the age of 16 and gigging in working mens clubs in Coventry and the West Midlands. After moving to the seaside town of Brighton, she started to play local shows and small festivals regularly, where she met and began touring with a band throughout Europe in 2010. This set alight her love of travelling which she pursued alone a year later, busking throughout Spain, living out of a rucksack and camping out. Later her travels took her further afield to India, New Zealand and Australia where she busked and played shows along the way. Tales of Abbott’s travels and the people she’s met on the road have greatly influenced her writing. Her lyrics are inspired by observing the contrast between people’s dreams and their realities. The shortcuts we take in order to reach the highs we’re hungry for and the loneliness that comes from lost dreams and the pitfalls along the way that block you from achieving your potential.

Her highly anticipated single “Lullaby for Lucas” is a song about forgiveness and not being so quick to judge others. Written after a man named Lucas, who she met whilst walking the Camino de Santiago, Abbott felt compelled to tell his story of an opera singer turned nomad.  She explains, “Lucas was an opera singer in Vienna but had lost his voice and had taken to living a nomadic existence. We had a jam in a bar one night and he tried to sing but his voice just came out as this croak which brought him to tears.”

Recorded with the talented producer, composer, multi-instrumentalist and friend; Jonathan Fletcher, “Lullaby for Lucas” glows with warm guitar melodies providing the backdrop for her delicate, ethereal vocals and storytelling lyricism. The minimalist arrangement allows for Abbott to demonstrate her ability to craft authentic music, creating a poignant and euphoric emotion. The songwriter confides, “I would hope in the moment the music may help someone to feel lighter in spirit. There’s so much beauty that exists inside our own minds and we can combat our daemons with it. I’m always dumb-struck by the transformative power of music.”

Abbott has performed up and down the country playing acoustic sets at festivals including Glastonbury, Rollright Fayre and Secret Garden Party and some of her personal highlights include playing in venues of great renown including Ronnie Scott’s & The Troubadour in London, as well as being invited to perform at the commemorative Nick Drake Gathering. Abbott is set to embark on a year of touring in 2021, showcasing her latest work with an array of releases lined up for the coming year. The cinematic and dreamlike “Lullaby for Lucas” is currently available worldwide. 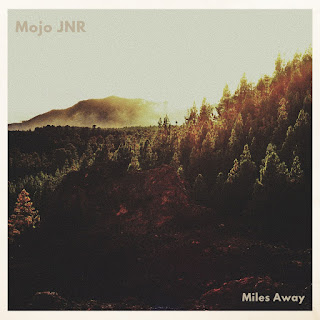 About the Song - This was written at the beginning of the UK Covid-19 lockdown (although you’ll be pleased to hear the song is not about that specifically).

I wrote, played and recorded all the parts for Miles Away in a student bedroom with a terrific view over Swansea Bay, this helped set the scene for my mood and attitude and can easily be translated in the laid back approach to my musical style.

The music was inspired by my fascination with bands like Big Thief, Courtney Barnett and Phoebe Bridgers all of whom I am a massive fan. The lyrics were influenced by a book called Pan by Knut Hamsen.