June 26, 2020
Vilde have just released their new album 'Atopia' which is streaming in full below along with 'Splutter' taken from the collection, a song that makes for a fine indicator of the wonderful quality and beauty that is present throughout the album. === NKOS are carving out a very distinctive and appealing musical style which is reinforced by their new single and video for 'BOW (Brave Old World)'. === Tali Shear shares 'Fool' a song that suggests this young London singer songwriter is capable of producing both natural and intrinsically personal and gorgeous music. === Hannah Scott makes her fourth appearance on Beehive Candy with her brand new song '98' and again she easily meets indeed exceeds expectations with a beautiful and up-building song. === Finally today we have Freak Heat Waves with 'Nothing Lasts Forever' where the Canadian post-punk/electronic duo are enticing, hard to categorize yet gripping and addictive.
------------------------------------------------------------------------------------------

Vilde is the musical project of Thomas Savage. Birthed in Stockholm in 2016, Thomas’ goal has been to release one album per year for the indefinite future. This began with the monthly single release campaign culminating in 12 songs comprising Study/Dance in 2017, followed by 2018’s Thud and Fidget At The Podium in 2019. On schedule, the 4th LP, entitled Atopia is due June 25th.

Thomas writes of the theme, "Without actively considering where the subject matter of this record would go, it sort of drifted predominantly towards the topic of death. It’s one of the most interesting and fascinating laws of the universe, but is universally difficult to discuss. I wonder whether the suppression of the topic in society is hindering our ability to be our most human selves. Once I’d made the record I was able to step away and evaluate the bigger picture of what it was. I feel like it sort of lulls you into a sense of comfort and safety and then quietly whispers concepts of love and death into your ear. I’d love it if this was something you could listen to in your own time and space, but then come to the show and pulse with it.”

The album was written over roughly 12 months across several countries, during a somewhat nomadic time for Thomas.

On the process Thomas writes, "I realised I’d become a bit too comfortable with my recording software. I’d open it up, then start writing parts and throwing them all in. Often I felt the songs had become a sort of frankenstein, shred and glued. I wanted to step away from that process this time. So I began to simply sing ideas into my phone. By the time it came to producing the album, I had around a hundred scraps amassed in my phone’s ‘voice recorder’. So the recording/mixing process which often takes 9 months took barely 2. From there I went in with David Pye [Wild Beasts, Dido] in Norwich for additional mixing, and sent it off to Eric James [Dame Joan Sutherland, Faithless, James Holden] for mastering.” 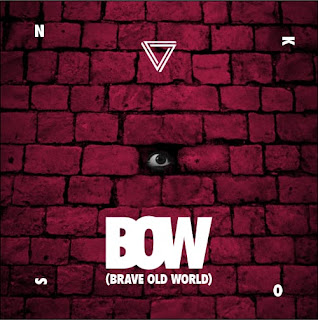 An international collective conceived after dark, NKOS were always set to tickle the fancy of the global synth-loving, indie-electronica community and their debut single did just that... ‘Little Miss Numb’ was much shared, streamed and even bought(!), it filled dark dance floors, was loved by reviewers, adored by new fans and blogged about like welcoming an old friend home. Not bad considering they haven’t even shared a band picture yet and they are spread around Europe with limited studio time together.

Single number 2 is the dystopian ‘BOW (Brave Old World)’. Despite the title and theme of the song, this was not recorded during the lockdown, it was instead made out of endless phone calls and file sharing between Flavio and Chris Shape, as well as recording sessions scattered over the years with the full band starting as early as 2014. The long, antsy intro sets the path for a track with a title and a set of lyrics perfectly fitting in the current climate even if produced in much ‘better days’. The video, written and directed by the talented Zidrunas Ilgauscas was shot in London last year.

NKOS are Flavio Manieri, Chris Shape, Nancy Natali and Marcus Billeri. They blend lush vocals, production savvy, old school musicianship & dj skills into a real live band. Drawn together through a love of all things 4AD and a good night out, they are where trip hop meets the dance floor, and where electronica meets indie. The end results move seamlessly “from light to dark and minimal to maximal” says Flavio. Where ‘Little Miss Numb was dark, ’BOW’ in its own way it’s probably even darker.

NKOS have just finished the final mixing and mastering of their debut album ‘From Dust To Life’ with a release date set for October on Beatbuzz Records. Very limited edition will be available for pre-order once BOW is out. More formats will be announced soon. 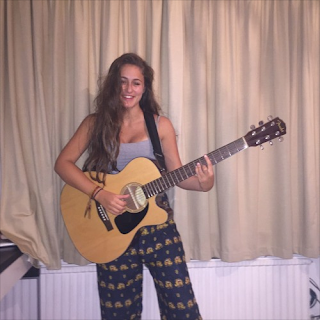 From Tali - I’m Tali Shear, a young singer-songwriter from London. To be completely (and hopefully refreshingly) honest, I’m an independent musician just trying to share my music with people willing to listen and with quite limited help/budget.

I’m so excited to be releasing a new single ‘Fool’ on the 26th of June and thought this would be the perfect opportunity to get in touch with some blogs I’ve come across and have taken a particularly personal interest in. Its a slow, ballad-like pop song about feeling like a fool after being mistreated by someone you fell for.

A bit about me, after the two previous releases in the last two years, I received some great feedback and a big growth in my following. I had a radio interview on Vibe 107.6 and have performed in some great venues across London. My voice and songs have also been compared to the likes of Adele on numerous occasions. 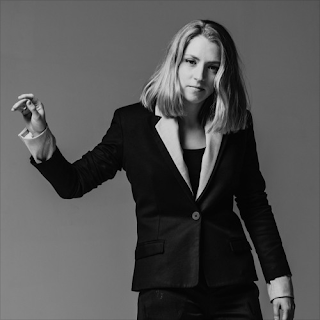 London-Based independent artist Hannah Scott is fast cementing her place as one of the country’s most exciting new songwriters, with her emotive songs and striking voice. 9 8, the second single from her forthcoming album, showcases her powerful and personal storytelling.

The song recounts how at the age of 98, Hannah’s paternal Grandmother has made peace with her own mortality, not something many of us will get the chance to do. It is also a reminder that there is still pleasure to be found in the small things as long as she is alive.

Recent highlights for the pair include being awarded funding by Help Musicians UK to go towards the production of the album, opening for Madeleine Peyroux to an audience of 2000 at Edinburgh’s Festival Theatre and travelling across Ireland with Paddy Casey to open shows for him in Dublin and in a tiny Irish speaking village near Galway! Their music has also been featured on BBC Radio 2 including a live session with Dermot O’Leary, BBC 6 Music, BBC Introducing, The Guardian, MOJO and Clash Magazine. 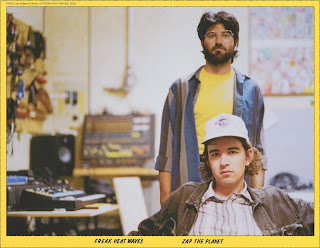 Canadian post-punk/electronic duo, Freak Heat Waves have just shared ‘Nothing Lasts Forever’ a fuzzy, psychedelic cut lifted from the forthcoming record, Zap The Planet which is out September 4 on Telephone Explosion.

Zap The Planet follows 2018's Beyond XXXL that found tips at Brooklyn Vegan and FADER and also found Freak Heat Waves opening for the likes of Suuns, Preoccupations, Odonis Odonis, Mattiel and more. The duo, who now live at opposing ends of the country in Montréal and Vancouver, initially hail from the Midwestern Canadian prairies before relocating to Victoria, BC where they cut their teeth, earning acclaim for their early cassette tapes and blistering DIY performances.

New single, ‘Nothing Lasts Forever’ swims in warm hues of psychedelia; arresting baselines are tugged around smoggy vocals and twinkling guitar segments to find the pair once again harnessing their lysergic connotations. “The writing and recording of this track was pretty off the cuff,” says the band. “We wanted to make something that would be really light and laid back, and then also make it a bit kitschy and over the top. At its element, ‘Nothing Lasts Forever’ is an offhand bedroom pop song."

When not touring, the band frequently relocated, adapted and diversified, trading instruments and forging a path-less-followed approach to writing music. As new instruments started to come into the fold, the studio process became more dynamic with the pair – never the type to rest on their laurels – adopting avant-garde recording techniques, experimental sound design and orchestrations that utilized legendary effects, drum machines and synths. Tireless curiosity fuelled the duo as they merged their original sound with discoveries and seemingly disparate influences – the distance between Montreal, QC and Victoria, BC has only helped fuel innovation too.

No Freak Heat Waves record has followed a singular path and no two are alike. Each album is an evolution in musical direction, songwriting and conceptualization. With Zap the Planet, (their second album on Tele- phone Explosion) the duo has manifested more of their intrinsically unique vision and become more pronounced in their unhinged artistic process. The follow up to 2017’s Beyond XXXL finds the Freaks taking a fearless, inventive leap to create the greatest departure from their previous work.