Hermitess is the solo project of songwriter, visual artist and harpist Jennifer Crighton. Dreaming simultaneously in music and images, her projects are often approached with the sensibility of curator, intent on a carefully imagined collection of collaborators, stories and set pieces. Sonically, layered orchestral textures, choral voices, and pedal driven magic conjuring a fever dream.

Delicate harp lines loop and tangle into an intricate latticework of rhythm and melody, while unfamiliar sounds and unplaceable textures enrich the arrangements. Over this sonic foundation, Crighton sings in the voice of her adopted character, the words part story and part incantation. The lyrics question and caution the listener, walking the line between dreams and nightmares.

Jennifer studied Jazz music at Vancouver Island University before finishing a degree in drawing with a focus on performative art at Alberta University of Arts. While finishing her degree she put on DIY immersive shows and hosted numerous touring bands under the guise of the Summerwood Warren, later embarking on a tour of house venues down the coast of California with orchestral indie pop band The Consonant C. She went on to perform with Deadhorse/Devonian Gardens, touring Canada and the US. In 2017 she released the self titled Hermitess LP which she wrote in an isolated cabin during a residency Northern Michigan, and recorded with John Hornak at Audities Studio in Bearspaw Alberta.

The Tower EP is the Hermitess’s follow-up to the sparse and crystalline self titled, Recorded during a residency at the National Music Center with Elisa Pangsaeng producing, it inhabits a world considerably less removed from society, sharing all the mixed emotions and misgivings of navigating an industrialized modern world.

Still apparent is the rich cast of musical collaborators featuring unique instrumentation, and a particular knack for writing songs that conjure timely cinematic parables of life. 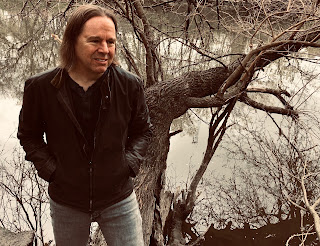 Like most musicians operating under the new normal, Mark Lofgren (The Luck of Eden Hall, The Thin Cherries) has been spending time in his home studio crafting intimate recordings.

Black Moon Book, an album of exquisite bedroom pop that touches on memory, isolation and, most explicitly, the healing power of hope and love, follows his 2014 solo debut, The Past Perfect.

Lofgren is one of the founders of psychedelic pop/rock mainstays The Luck of Eden Hall, who have toured Europe and released music on a variety of independent labels, including Headspin Records and Fruits de Mer Records. 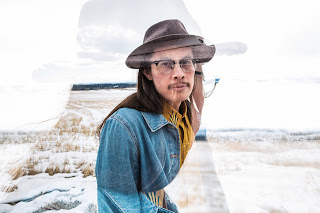 Wyatt C. Louis is a Cree-Métis folk singer-songwriter, based in Moh’kinstsís (Calgary). He has made an impact on the eclectic city with songs built from soaring melodies, railroad-like finger picking and quiet, haunting vocals and lyrical phrasing.

Dark, rustic tales meld folk and soulful blues to tell tales of love, loss and the journey home. They’re beautiful, subtle creations that juxtapose emotions, striking imagery and experiences that charm and envelop listeners. The sweet and intimate EP On a Journey for the Long Run (2017), had earned him airplay on CBC, CKUA and campus radio across Canada.

Louis’ upcoming release, “Dancing With Sue,” evokes the feeling of nostalgia, and yearning for the times in our lives where we feel the happiest and most free. Captured effortlessly through warm tones and colourful song writing.

The song is dedicated to supportive friends whom he met through various music collectives. “Dancing with Sue” is the first piece of Louis’ new album coming in fall 2020, released via Canadian label, Slow Weather.

Expanding on the boundaries of what an indie-folk band can be, Laura Cortese & the Dance Cards add a lightness and pop sensibility on their upcoming album, BITTER BETTER. This week, they're premiering a video for their song "Typhoon," which was filmed during album sessions in Cortese adopted home of Ghent, Belgium.

BITTER BETTER will be released on July 17 on Compass Records, with the band joining The Mountain Goats for fall US dates. A stunning lesson in all the ways string instruments can be played – bowed, plucked, percussively – combined with lush vocal harmonies, BITTER BETTER showcases Cortese and multi-instrumentalist producer Sam Kassirer (Lula Wiles, Lake Street Dive) striving to capture the most adventurous approach to each moment. The result is an album that incorporates dance-worthy foundational grooves, synth, and loops to push the boundaries of the genre.

“Everything is so heavy in the world right now,” Cortese says, who’s been living in Belgium the past two years. “When someone comes to our show, listens to this album, or hears one of the songs, I want it to feel like relief and release.”

When it came time to record, the band and Kassirer joined forces with  percussionist and engineer D. James Goodwin; together they completely dismantled the idea of how a string band “should” sound.

“There was a lot to feel hopeless about, big political changes and taking to the streets to protest. Friends had been marching weekly since January 20th and I could see our energy and optimism waning. I wanted to remind us to take care of ourselves and reconnect with hope and joy as the longer days returned.”

While the album’s 11 tracks provide relief and release, they also encourage self-examination and personal discovery—the work that is necessary to sustain the energy needed to keep striving, to connect, and to continue to make our complicated world a better place. With BITTER BETTER, Laura Cortese & The Dance Cards throw out the rule book, creating a beautifully vivid, musically unexpected canvas from their refreshingly unconventional perspective.