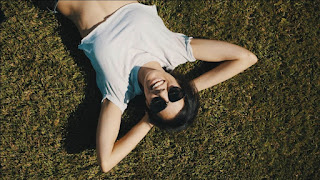 Illuminati Hotties - will i get cancelled if i write a song called ‘if you were a man you’d be so cancelled.

Coming off their critically acclaimed 2018 debut Kiss Yr Frenemies, tour-tight and ready to funnel those skills into festival dates and their second record, L.A.’s illuminati hotties instead found themselves in an immovable contract with a publicly collapsing record label. Songwriter and producer Sarah Tudzin began to write her way through contract purgatory, channeling personal and global anxieties into a vibrant mixtape filled with themes of aggression, claustrophobia and loss. As the mugshot-centric album art cheekily informs, this is NOT the record you’ve been waiting for (though you’ll hear that one soon). This is FREE IH.

The first track off FREE IH, “will i get cancelled if i write a song called ‘if you were a man you’d be so cancelled,’” is streaming everywhere and pre-orders for the LP are available now. Though it was tracked locally between drummer Tim Kmet’s rehearsal space and Tudzin’s home, FREE IH sounds like an homage to the bands you’d catch on club stages during a sleepless, electrifying cross-country tour. It’s a product of Sarah’s wide array of influences, ranging from snotty Californian forebears Dead Kennedys and Black Flag to the innovation and bravado of Death Grips and Cardi B.

It’s an instant cult classic, too––or should I say, it’s an occult classic. Last week a SoundCloud leaked under the name Occult Classic featuring the 12 songs on FREE IH, fans went into a frenzy. Soaking in the sheer audacity of one of the year’s best and most surprising records being released out of nowhere while also trying to work together to figure out who the mystery band was, they got a mere 24 hours with FREE IH before the link went dark again.

The LA-based band helmed by songwriter and producer Sarah Tudzin made waves with 2018’s Kiss Yr Frenemies, a debut of quirky, poppy rock lovingly fan-dubbed as “tenderpunk.” The record brought illuminati hotties critical acclaim and tour dates alongside contemporary heavyweights PUP and Lucy Dacus, pulling Tudzin away from the recording studio where she’s built up her C.V. engineering and mixing for artists like Weyes Blood, Slowdive and The Kills.

And while a follow-up record does loom on the horizon, someday... FREE IH plays an essential role in the illuminati hotties story; a giddy and meticulous document of a band that’s ready for what’s next, and making beyond-catchy music while they wait. 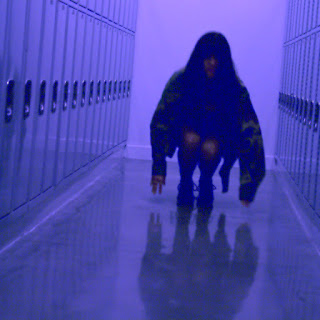 After being featured on The Electricity Club, Radio Wigwam, and Discovering Bands for her last single "Circle Square", Violent Vickie returns with "The Blame", a distorted synth and guitar driven track about letting go of an unhealthy relationship.  The third single from her upcoming Division LP, The Blame is reminiscent of the sounds of Joy Division, Bauhaus, Sleater Kinney, Sonic Youth and Le Tigre.

Violent Vickie is a Los Angeles based Dark Synth-Riot artist consisting of Vickie and co-producer/recording guitarist E.  Vickie has toured with Hanin Elias of Atari Teenage Riot and supported Jessie Evans (The Vanishing), Trans X, Them Are Us Too, Aimon & The Missing Persons.  She has toured the US & Europe and played Insted Fest, Solidarity Fest, Shoutback Fest & Gay Prides and Ladyfests.  Vickie’s tracks have been released by Crunch Pod, Emerald & Doreen Recordings (Berlin), Riot Grrrl Berlin, & LoveCraft Bar (PDX).

Her track "The Wolf“ was featured in a National Organization for Women film and she was interviewed for the documentary “GRRRL”, part of the museum exhibit “Alien She”.  Her LP "Monster Alley” was voted best album by KALX and her tracks have been remixed by 25+ artists.  Violent Vickie’s “Division” LP will be out in September of 2020 on Crunch Pod. 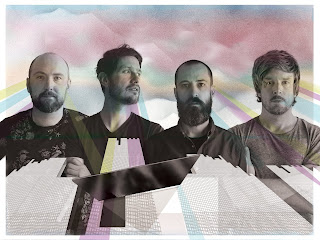 Ocean fog. A city in decay. The dark humid valley that whispers ominous tales of impossible love. These place-specific images, evoked through personal narratives and set alight by driving indie-rock arrangements, have been the signature of Toronto/Hamilton based Ketch Harbour Wolves since their formation in 2007.

The band’s fourth studio release explores themes of social upheaval, love and loss, economic collapse, exile and mid-life crisis. “Avalon” is at once a utopia, a tarnished mirror, a possible future, a place of renewal and a swan song. The album began as the third instalment of the band’s Queen City project, exploring Toronto’s psycho-geography through song. Recorded and produced by Ketch Harbour Wolves over a painstaking 5-year period, reworked and then re-recorded, the album evolved from a short selection of location-based songs into a dense full-length effort capturing the band’s mature sound in 12 tracks. The record moves through an eclectic mix of genres, from the impassioned electric rock of “Reptilian” and synthetic dance of “Fever Shed,” to the slow atmospheric build of “Exodus” and intimate anthemics of “Little Magic” and “Yours, Still”.

Now in their 14th year, with a string of 3 critically acclaimed records to their name, “Avalon” exhibits the band writing and performing from the rung of life on which they stand, striving for sincerity and unconcerned with risking pretentiousness. The album was released July 10, 2020 on Dead Calm Records (independent). Ketch Harbour Wolves are Jonathan Tyrrell (lead vocals/synth/guitar), Liam Brown (guitar/vocals), Scott Winter (bass), and Brian Urbanik (percussion).