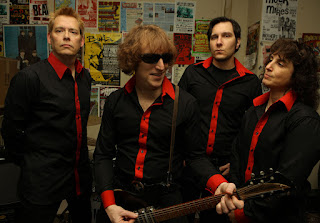 Muck And The Mires - Take Me Back To Planet Earth.

The new video by Muck and the Mires features stunning footage of their hometown of Boston, MA under lockdown. Written recorded and filmed during the pandemic, "Take Me back To Planet Earth" is joyous ode to the good old days before isolation set in. In addition to plenty of outer space hi-jinx, viewers will get to experience The Old North Church, Bunker Hill, The Schrafft’s building Fenway Park and other Boston icons as they have rarely been seen before.

“Take Me Back To Planet Earth” is the new video, single and title track from the upcoming EP by Muck and the Mires on Rumbar Records. The release will feature six fresh tracks all written and recorded while the band has been off the road self-isolating. Muck and the Mires anxiously await their next visit to your hometown, but in the meantime, the band cordially invites you to join them on a video rocket trip through their hometown of Boston and into the far reaches of the galaxy. “Take Me Back To Planet Earth” EP will be available in the fall so prepare for lift off!

Take the 1964 Beatles and put them in CBGB's circa 1977 and you've got Muck and the Mires, Boston's international garage rock ambassadors. The group achieved worldwide recognition after they were crowned #1 US Garage Rock Band by Little Steven Van Zandt on MTV. Muck and the Mires have performed coast-to-coast in the USA, UK, EU, South America, Canada and Japan. They have shared bills with many of their heroes including The Sonics, The New York Dolls, Ray Davies (The Kinks), The Flamin' Groovies, The Stooges, and even a Beatle - Pete Best! 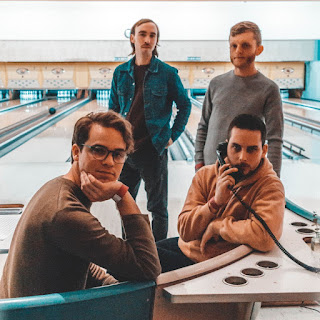 Fat Night - Live For Each Other.

Chicago-based, indie/funk/soul four-piece Fat Night have revealed their newest single "Live For Each Other" - the title track from their sophomore album Live for Each Other out now via Acrophase Records.

"Live For Each Other" is akin to the soul sound of the '60s and '70s scene. It's a call to loving and lifting each other up while it's funk styled bass lines and keyboard manifest a classic groove that's seemingly, artfully improvised. The video is a nostalgic and humorous take on commercials of the same era.

Fat Night is a Chicago-based band comprised of Dan Hanson, Gabe Gundacker, Ted Issen, and Nik Ritchie. The band blends soul, funk, and R&B rhythms with breezy harmonies, leaving one foot in the past and one in the future. Their sophomore album Live for Each Other is their first in seven years, having debuted their self-titled album Fat Night in 2013. The release shows them refurbishing their traditional soulful sound with a contemporary revision. 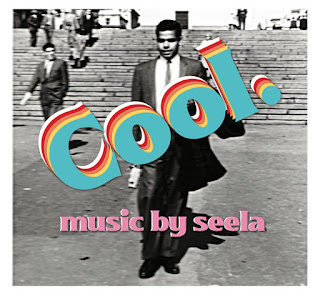 Cool is the 6th studio album by Seela, a veteran Austin singer/songwriter/performer and back-up singer. Though she’s always had deep involvement in the recording process in the past, she has also always had a producer to fall back on. This time Seela took the reins and self-produced the record she wanted to hear.

The songs, some she has been playing live for years, pay no loyalty to any particular style but are the result of her many influences: The Police, Spoon, Anita O’ Day, Heart, Steely Dan, and Bowie to name a few. Pop, Rock, Folk, Gospel and Jazz have all been a part of her 20+ year career as an Austin musician and Cool lets it show. 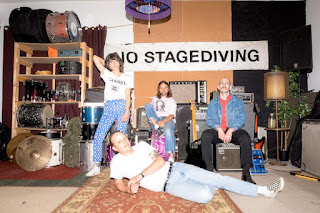 Good Time comes on the heels of the band's 2017 self-titled record that found touring buddies in the likes of METZ, Dilly Dally, Ancient Shapes (Daniel Romano's project), Dish Pit and more with the band pushing into the US and mainland Europe. 'Touching Glass' is perhaps my favourite cut from the new record marking a sonic change for the group with them finding something more agile and pop-focused without becoming too shiny/overly-polished. Lyrically the track comes from vocalist Melissa Ball's concern with technology and spending too much time swiping on her phone – the track gets its name quite literally from the action!

Teenanger have procured something of a legendary status in Toronto having existed for just over a decade and pushing out a number of albums in that time – they are doing something super unique in the city's scene both in terms of their sound and also with the fiercely DIY approach that they take to writing/recording music. A testament to this aesthetic, they rented a basement apartment from Craigslist with an advertisement that read "Music. OK" (and not much else) and moved their gear into the front room, fashioning their own recording studio in an adjacent bedroom.