July 24, 2020
Jess Locke has shared 'Fool' and it's a hook filled indie pop song with some grittier rock attitude alongside. === Sandtimer return just a month after we featured 'Different Seas' with another new track entitled 'Three Cars' a stunning indie folk piece. === Certain Animals make their seventh appearance here in less than a year such is the calibre of the music and the newest alt rock song 'Too Long' keeps the momentum going. === Eleni Drake has released 'Melbourne Blues' ahead of her E.P ‘Vanilla Sky’ and it's a beautiful example of what to expect. === Crawford Mack shares 'Depends On Where You Stand' which is a striking singer songwriter track with refined vocals and a fabulous musical arrangement. === Godcaster cut to the chase with 'All the Feral Girls In The Universe' a feisty track and if the video and title doesn't grab your attention the song is just as amazing.
------------------------------------------------------------------------------------------ 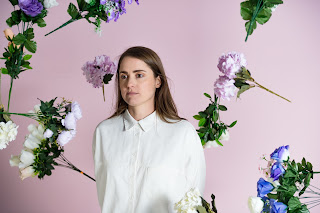 Melbourne artist Jess Locke is known for penning indie pop tracks that are at times subtle and full of melancholy, at times delivered with an acerbic tongue, but always steeped heavily in narrative. As premiered by triple j's Home & Hosed, new offering in ‘Fool’ is simple and raw, seeking to partner dirty grunge guitars, a fuzzy lead, gritty vocals and a punchy rhythm section. With the new track comes the announcement that Locke has inked a deal with cherished Melbourne label Dot Dash, of which artists such as Gena Rose Bruce, Methyl Ethel and Donny Benét call home.

Revealed by The Music, Jess Locke shares "I'm so excited to be signing with Dot Dash. I'm a big fan of the artists on the label and I couldn't be happier about becoming part of the family.'"

Dot Dash Recordings & Remote Control Records' Head of Label & Promotions, Sweetie Zamora adds "It’s an absolute joy to officially welcome Jess to the Dot Dash Recordings family. She’s been part of the extended Remote Control family since 2017 and we’ve long admired her dedication to songwriting, art and gluten-free vegan baked goods. The forthcoming music from Jess, Chris and Jim floored us and we’re immensely proud that they’ve trusted us to share it with the world."

“Is this the best you can do? You look like a fool” by Locke’s own admission this is as acid as her tongue gets. Delivered with irony, ‘Fool’, gives voice to real feelings of disappointment in people and in the way they treat each other, the way some set about to divide and exploit when threatened.

Of the track Locke asserts: “I originally imagined the chorus being sung by the Earth, or some other omniscient entity, to humans, like a loving parent to a wayward teenager - not angry, just disappointed. Although I wrote the song more than a year ago, I feel like it could have been written as a soundtrack to 2020”. 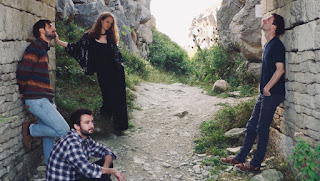 ‘Did he sell his soul so he could buy it back somewhere down the track?’

Three Cars is the next single from indie-folk group Sandtimer. Featuring on their upcoming album, Running In Sunlight, it is a stripped back reflection on materialism and the illusions it can create. With warm three part harmonies, intricately woven guitars and an ambient brass accompaniment, this song draws on classic and contemporary folk elements.

Regarding Three Cars, vocalist and guitarist Rob Sword said: “Some time ago I saw three sports cars in someone’s drive. They had personalised number plates and were parked in ascending numerical order. Seeing this made me think about what the owner might have sacrificed of their own freedom and happiness to acquire these status symbols.”

The album Running in Sunlight, which will be released this October, sees the band take a loose and immediate approach to the creative process, with the songs being written and recorded over a short timeframe, with sparser instrumentation than their previous music.

“This album isn’t about anthems,” says Simon Thomas, vocalist and guitarist. “It’s our attempt at exploring the raw edges of the climate we live in- the uncomfortable parts as well as the beauty. We wanted to give ourselves space to do this intimately and honestly.” 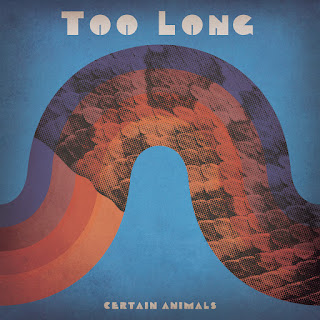 Without warning, new Certain Animals single Too Long takes you along a torrent of scraps of memories. Carried on a Chicago shuffle, the song roars past topics such as politics, religion, alienation and domestic disputes at the speed of a steam train. With abrasive vocal cords and an expanding lung capacity you will be swept away on an inner adventure, with Dylan-esque poetry as a backdrop. When the distorted guitar parts seem to glow like coal in that steam train, it suddenly stops. And whispering and almost vulnerable the band muses about the freedom that life as a musician brings, only to stoke the fire even more to end the journey with three-part vocals!

Without being stuck in the past and with a critical view on the present, the band brings you their intriguing sound which makes for an energetic live show filled with intimate moments and explosive bursts of energy.

In less then three years, the band managed to build a strong live reputation by playing shows on major Dutch festivals in famous venues all over the country, and they also performed across the border in Belgium and Germany. 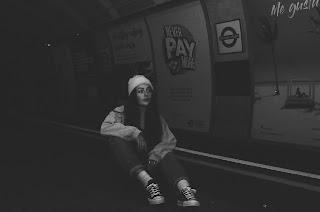 Eleni recently signed to Ninja Tune and is set to make her latest release with her delicately crafted new EP ‘Vanilla Sky’. The first single ‘Melbourne Blues’ is out today 24th July.

Written by Eleni and produced by Frank Colucci (Tom Grennan, Rose Gray, Dan Caplen), 'Melbourne Blues' is the first single from the rising Eleni Drake's upcoming EP (due this Sept).

Coming on like The War on Drugs played by Crazy Horse, with music direction by Yo La Tengo and fronted by Lana Del Rey, 'Melbourne Blues' is a raw and empowered ballad, influenced as much by Laurel Canyon as it is Lauren Hill. Previous support from Spotify UK, US and JP (Soultronic, Fresh Finds, Monday Spin, Cintra.net).

"I never really know whether I want to gravitate more towards melancholy jazz ballads, or stick to that "demo-esque" rock influenced indie music... so i thought, fuck it, why not completely offend both genres”. 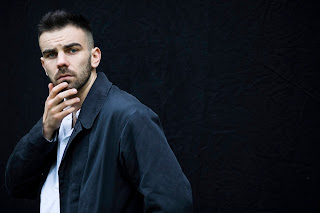 Crawford Mack - Depends On Where You Stand.

Crawford Mack is not your average new artist. His fellow Glaswegians would argue that he is not particularly new for starters, given his regular live performances across the city. With his debut solo album set to drop in the fall, the singer-songwriter teases listeners with new offering ‘Depends On Where You Stand.'

Crawford’s music and lyrics are drawn from a voracious appetite for reading as wide a variety of literature - from pulp to classics. Intimately involved in all aspects of his art; Crawford is not just a composer and lyricist, but a video and art director, the whole focused on the perfect expression of his musical vision.

Upcoming single ‘Depends On Where You Stand’ was recorded during sessions for his debut album in Antwerp. An exercise in powerful subtlety, the gracious track weaves a string led melody of guitars and violins around the tale of two former lovers struggling to find a middle ground of communication. It is simple, effective and affecting.

Elaborating on his interpretation of the track, Crawford tells us: “Two former lovers meet together in an art gallery and they’re out of awkward pleasantries to exchange. No amount of hastily formed opinions on the artwork displayed can drown out what they are neglecting to discuss. They play-out a Hollywood-esq sequence of trying not to be caught sneaking a glance, whilst attempting to give each other enough space by dancing around each other at a pace that is as excruciating as it is conspicuous.” 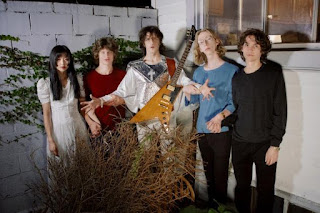 Godcaster - All the Feral Girls In The Universe

Rising from the underground river of primordial goo that runs between New York City and Philadelphia and ascending toward some unknown ethereal plane beyond our comprehension, comes to us the revelatory debut of music and mythos from Godcaster, Long Haired Locusts.

Songs like “All the Feral Girls in the Universe” naturally builds upon an undeniably danceable composition until it reaches, like the album as a whole reaches, a phenomenally euphoric peak.