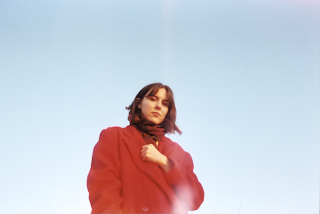 Formerly performing as an acoustic singer-songwriter, the Toronto-based indie rock project (fronted by Alannah Kavanaugh) wears her expansion into full-band territory well. Written in 2018 when Kavanaugh was living alone, not very social, and being tossed about by her mental health, each track investigates solitude from different perspectives.

She never imagined that Party of One would drop during a time where others felt the same way on a mass scale. People need other people, and Kavanaugh hopes that these songs bring anyone who feels like she did a moment of comfort in an otherwise challenging period of disconnection. 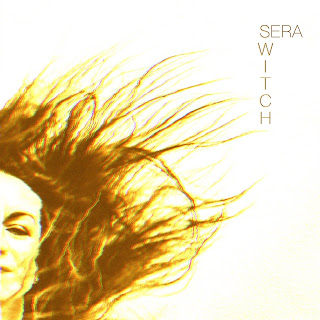 Once again working with acclaimed producer Andi Crutwell-Jones, plus the notable contribution of Nico CJ on violin and Len Whitehead on Electric guitar makes a full-sounding, statement of a song that again blends all SERA's favourite parts of Americana, folk and pop with her storytelling and folklore album theme.

'SWITCH' is a bolt out of the dark, a harsh awakening. Empowerment.

Her album songs are all drawn from folklore and SWITCH is no different, drawing inspiration from Steam-punk, Frankenstein and the 'Freak Lab-accident' trope of the comic superhero. SERA's music is rooted in folk, Americana, singer-songwriter, with this track taking a further leap into energetic pop.

SERA 'When I Wake Up' Album. The brand new album by SERA is out on CD July 31st (pre-orders from July 17th) and on digital and streaming platforms from August 14th. The album is a collection of 11 tracks, all inspired by folklore. This album takes a little bit of folk, Americana, singer-songwriter and pop and mixes it in a musical cauldron! 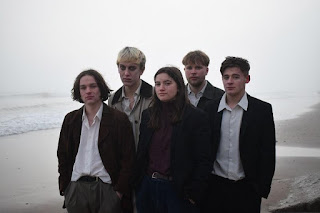 After a stellar year of experimentation, abstraction and performing to ever more enlivened crowds, they are now constructing something new in their psychoactive soundscape. Keep your ears free of protection, and your eyes covered with your favourite goggles in anticipation for the next time you encounter Priestgate beaming; bright sonics advance your way.

Discussing ‘NOW’, Priestgate explain: ‘NOW’ is our ode to understanding life the way it really stands. As a band and group of friends, we all know we have made our fair share of mistakes. We also know that everyone listening has made their fair share too, and will continue to mess up inevitably along the way in their individual journeys, just as equally as we will too.

Our collective perception of the experiences in our youth have been distilled and refined into ‘NOW’. We have taken inspiration from RIDE, The Cure and Slowdive, curdling them together into a sonic tonic ready for fresh digestion and growth into our styles. The result is pulsing, rhythmic and breathing with young life. 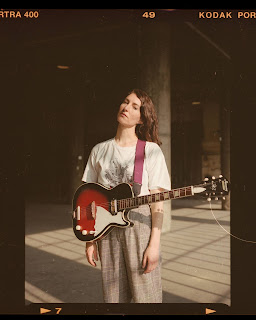 Last month, Toronto's Hannah Georgas announced her new LP All That Emotion (out September 4th on Brassland and Arts & Crafts) with the mesmeric lead single "Dreams." Produced by The National's Aaron Dessner, the album has already attracted an enthusiastic critical response with "Dreams" — along with a pair of pre-announce singles "That Emotion" and "Same Mistakes.

Hannah Georgas is sharing a new offering from the LP, a track called "Just A Phase," a warm, enveloping track that seamlessly melds propulsive electronics with Georgas' measured tones. With lyrics that focus on change, resiliency and anxiety the song finds an encompassing calm while presenting a buzzing hive of sonic ideas.

The accompanying video shares an insider’s view of the album's recording sessions and what came after. Primarily, it’s a tour of Dessner’s iconic Long Pond studio—which is recognizable from its portrayal on the cover art of The National’s Best Alternative Grammy winning album Sleep Well Beast, but also features footage from the year Georgas spent on the road singing in The National's touring band around the release of their 2019 LP I Am Easy To Find.

“We recorded All That Emotion in concentrated periods of time with breaks in between," says Georgas. "I had never made an album this way before. It was also the first time making an album outside of Canada which was a really unique experience. It was nice to make solo road trips to Upstate NY from Toronto knowing that the stretch of time recording will solely be dedicated to being as creative and as open as possible. Then last year, I had the opportunity to join The National on the road singing back ups for them and opening up in a few cities in Europe and North America.”

The video acts as a travelogue and journal of those before times, including footage of her long drives across the Canadian border — glimpses of tour life with the band — and ending with her listening to a test pressing of the forthcoming album.