Tourists - Another Sky - Lilikoi - Are We Static - Linda Campbell

Torquay five-piece Tourists emerge from lockdown with a record deal with Modern Sky, and an enveloping new digital single Lego Man, released this week, and accompanied by a hazy psychedelic visual.

Lego Man is a slice of dark, melodic dream-pop fusing shoegaze and synth-pop with a deep-rooted post-punk influence, laced with producer Daniel Schlett’s (The War on Drugs, DIIV, Here We Go Magic) distinctive dream-scape magic. It is taken from Tourists’ forthcoming debut album Another State, which is to follow later in 2020 via Modern Sky.

Lego Man was inspired by personal experiences, frontman Jamie Giles describes Lego Man as “a song about love turning sour.” It explores the darker areas of manipulation and control within a relationship through a conversation between the song’s fictional characters, a woman and her abusive partner. As Giles expands : “It fascinates me how love can turn into something dark, cruel and possessive in its nature.”

Lego Man follows the release of the singles Align and Smokescreen, released  in late 2019-early 2020 respectively, both taken from their debut Another State. Prior to theses singles, Tourists self-released a string of  early introductory tracks to the word with their single Cut and Run (2016) garnering coverage on DIY and Clash, a place on Spotify’s Global Viral 50 playlist, and the band a slot on BBC Introducing stage, Glastonbury in 2017.

Tourists spent 2018 in their hometown Torquay then in Brooklyn (at producer Daniel Schlett’s studio) working on forthcoming debut album Another State which follows late 2020 on Modern Sky. 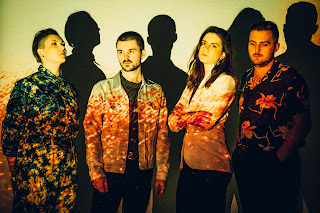 Another Sky - All Ends.

Another Sky have released “All Ends,” taken from their upcoming debut album I Slept On The Floor, out August 7th via Missing Piece Records / Fiction. Having confidently stepped into the spotlight with their performance on Later… with Jools Holland, Another Sky has earned praise from Paste, The FADER, FLOOD Magazine, and NPR, who invited them in for a Tiny Desk Concert earlier this year to perform I Slept On The Floor album tracks “Brave Face,” “Avalanche,” and “All Ends.”

“We wrote ‘All Ends’ in a dark place” vocalist and lyricist Catrin Vincent had to say on the track. “As a kid, I was bullied, so I moved to London to try and prove everyone wrong. In London, I saw a mural on a wall that said ‘we are only individuals in the context of each other’ and realised my whole worldview had to change.”

Since the release of their debut single in 2018, Another Sky have flawlessly merged hard-hitting, difficult topics with unparalleled cinematic sounds.  Catrin Vincent’s poetic rage has been titular in Another Sky’s story, grappling with the topics of toxic relationships, childhood trauma, systematic elitism, Brexit Britain, the rise of Donald Trump, and much more. However, the band’s debut album is never didactic; it’s more of a personal diary, with a tentatively hopeful outlook. 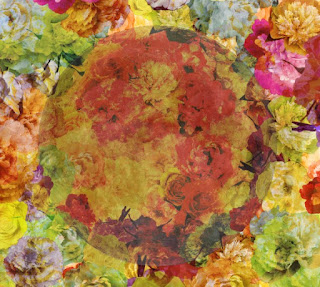 Lilikoi is a Psychedelic Dream Pop band from London. Mostly created from DIY recording after long workdays working in the city. Lilikoi is the perfect blend of melancholy, warmth and sweetness.

The lead songwriter and vocalist Rohin made this album just after finishing university and considered all the fragility of a twenty something male trying to make something of themselves. With laid back casual vibes inspired by the Psychedelic Rock of the '60s, it's perfect for an after-party.

SOS is about trying to become a better person and constantly not being able to achieve what expectations are set on yourself. The constant want for an SOS package to come and save us from the constant need for self-betterment. It's during your twenties you feel the need to be a better version of yourself, but forget you are perfect the way you are. 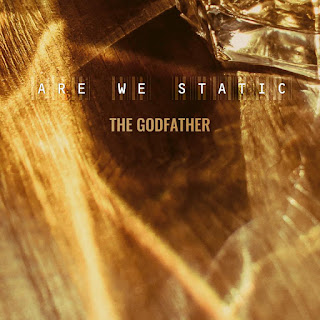 Are We Static - The Godfather.

Wigan, England’s Are We Static return with “The Godfather”, the first taster from their sophomore LP, Accepting The Universe, out this fall on their new home, Vibrant Sky Records.

Recorded over the past year, but prior to the worldwide lockdown, Accepting The Universe explores themes of love and loss, of elation and depression, and of rebirth and hope.

Further drawing on their influences of Longview, Death Cab For Cutie, Embrace, and Idlewild, Are We Static are now sharing “The Godfather” ahead of the album’s release. 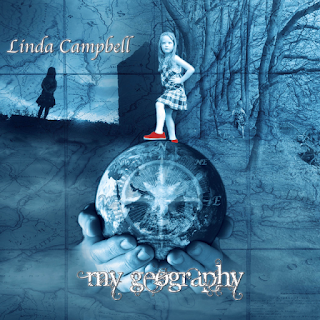 This album project started life in Linda’s small attic studio in Preston, then moved to a converted shed in Padiham, was then sent across three continents to have world class musicians add their parts to it before finally returning home to be mixed by Allan Crookes at Hound Dog Studios in Liverpool. Its final journey was to Nashville to be mastered by Tommy Wiggins who was recommended by Linda's friend Christopher Huston, a man who has 80+ gold discs for his production and engineering career, working for the likes of James Brown, Led Zeppelin and The Who.

Quite an impressive collaboration of people for an unsigned, unpublished artist. But when you add that Linda is a working mother of two boys with a pitiful budget and no management, it’s a major achievement and a testament to the wonderful people who have pulled out all the stops to get these songs out into the world. It’s about the spirit of musicians, the talent, the generosity, modern technology and what people can achieve when they’re all working towards one common goal.

Linda Campbell has been working as a vocalist since the age of sixteen. Subsequently adding song writing, guitar playing and sound production by the time she reached eighteen. Since then Linda has developed into a formidable force, both live and in the studio, writing potent songs with lyrical mastery and using her 3 octave range to full advantage. Her unmistakable voice combined with her heartfelt, vulnerable and deeply personal song writing mean that no audience is left unmoved.

Most recently Linda has been the support artist for American rocker Dan Reed, Francis Dunnery of 'It Bites', has played the last four years at the Mold Festival in Wales and has performed regularly on BBC Radio Lancashire as the featured artist. Linda also worked for four years at the 'Charter Theatre' in Preston in varying capacities including sound technician/operator, have worked with many cool people such as country star Kenny Rodgers, Belinda Carlisle, Elkie Brookes, Bill Bailey, Jim Tavare, Lee Mac and the wonderful Ken Dodd.