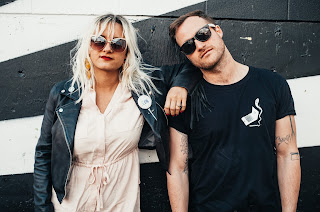 Miesha and The Spanks - Unstoppable.

Miesha & The Spanks are a high octane garage rock duo from Calgary AB, made up of rock n roll matriarch Miesha Louie and her partner in crime, the hardest hitting Sean Hamilton on drums. Together they draw inspiration from classics like The Runaways, L7, and The Buzzcocks to create some modern noise that’s catchy enough to raise a fist and sing along.

Noise Journal describes them as “a filthy rocket of pure jet-fuel up the nostril, with surf rock sensibilities, a grunge groove and hair metal swagger,” while Canadian Beats called their last album “reminiscent of Queens of the Stone Age meets The Animals – a certain coolness about it, making it impossible to forget.”

They’ve made a name for themselves as a band that really goes for it. Since Miesha created The Spanks in 2008, she’s opened every door, and taken advantage of each opportunity that’s come her way. Tour after tour down Canadian highway to play every small town and big city, with as many drummers as are up to the task, until landing someone crazy enough to stick around.

While the Covid-19 pandemic did slow down production, Miesha & The Spanks have put their full weight behind first single "Unstoppable" – a juggernaut garage rock banger, reminding us that sometimes head first, full throttle, is the only way to get it done. 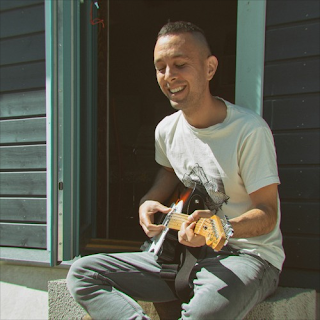 Mornin’ is a new track by Macajey that aims to give a template of a day, one that for him personally, would be perfect.  “One thought to start the day, breath in and out. Easily. Freely” sets the tone for the whole day with a sense of calm. “2 steps, you’re on your way.

It’s not so hard.  Keep it simple, and a little bit mystical”, life doesn’t have to be so hard it can in fact be simple, and always allowing room for unexpected surprises to come into your life.  So in one moment, let some peace in, give a kiss to your loved ones, and just for now, don’t think and have a little hope.

Macajey's music has been described as organic, uplifting psychedelic, folktronica with emotional ranges from energetic, feel- good dance tracks to transcendental, sonic meditations. The music is infused with the landscape tones of his two home bases; the dry mirage laden heat of California summers and the dim lit winters of Estonia. 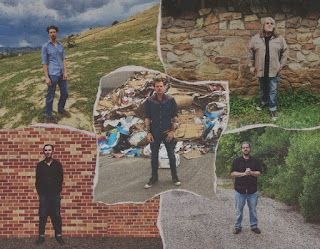 Gasoline Lollipops - All The Misery Money Can Buy.

On their web site, the Gasoline Lollipops slot themselves among the alt-country crowd, and the rock crowd, and the Americana crowd. It’s not that they can’t make up their minds, it’s that they don’t concern themselves with being pigeonholed, so you needn’t either.

It’s a necessary evil to liken an artist to a better-known commodity, so how about the Jayhawks (with balls) and Nick Drake? Tom Petty and Leonard Cohen meeting for coffee. James McMurtry remaking the Black Crowes in his own image. A side-salad of Muscle Shoals with a tangy dash of Stax. Yadda yadda. Short answer, the Gas Pops sound like the United States of America.

The songs on their new album, All the Misery Money Can Buy (due out on September 11, 2020 on Soundly Music), back it up. In sturdy, hard-bitten, no-nonsense elegies, Clay takes snapshots of dusty wanderlust. It’s all masterfully concise, with 11 songs populated by restless souls who live entire lives in three minutes, mining triumph out of desperation, chasing the American Dream, and “choking on a pot of gold.” “What I took from Leonard Cohen was the value of a word,” Clay says, “If it’s not needed, it doesn’t go on the page. You whittle a lyric down to its essence, say it once, and that’s enough.” 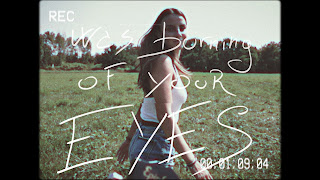 “Live Your Dreams” is the second single from the recent debut album “Storyteller” by the punk-rock band PainKillers.

The song is a Punk-Rock ballad arranged in a modern key, with sweet, melodic and at the same time scratchy sounds.

The album “Storyteller” from which the single is taken, recently released via Valery Records and distributed by Audioglobe, is available in the best record stores, on iTunes & Apple Music, on Spotify and on every streaming platform and digital stores.