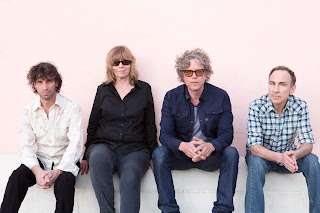 The Jayhawks have released “Bitter Pill,” the latest song from the band’s most collaborative album to date – XOXO, out today July 10 via Sham/Thirty Tigers. Written by Gary Louris, Tim O’Reagan and Karen Grotberg, “Bitter Pill” is a harmony-rich, infectious new track that illustrates the never-ending search for happiness. Parade featured it last week, praising the “sweet and sorrowful tune that captures the heart and moves the soul.” The Jayhawks also appeared on this weekend’s CBS This Morning: Saturday, performing two songs off the new album, “This Forgotten Town” and “Living In A Bubble,” in addition to their 2018 song “Gonna Be A Darkness.”

"This is a rare example of me writing a story song,” Louris explains. “I tend towards stream of consciousness writing, but 'Bitter Pill' is a linear lyric that explores the tendency for some of always searching for the next fix of happiness, the missing piece...never being happy with what one has. It is really a continuation on the theme of my song 'Lovers Of The Sun' from our Paging Mr. Proust album. It is a theme that hits close to home for me. And the song really blossomed when my old pal and forever Jayhawk Stephen McCarthy played such beautiful and blistering B-Bender guitar on it.”

After 30 years together, The Jayhawks have delivered their most diverse and wide-ranging set of songs to date. XOXO marks a new era for the band, with all four members contributing to lead vocals and songwriting for the first time. Showcasing The Jayhawks’ unrelenting ability to evolve while staying true to their authentic sound, the new album reminds us why they continue to be such an influential and respected band. XOXO has already garnered early coverage from MOJO, HuffPost, BrooklynVegan, Billboard and Rolling Stone, who praised the opening track “This Forgotten Town” as a “jangly roots-pop gem.”

Carrying on their success since returning to the core members from the late-90’s lineup, The Jayhawks released Paging Mr. Proust in 2016 and Back Roads and Abandoned Motels in 2018 to widespread critical acclaim. The culmination of five years spent growing even more together, XOXO is a sonically and emotionally cohesive album that stands as a testament to the band’s consistent forward motion. 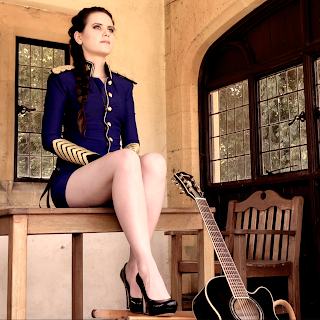 The Commander In Chief - The Lockdown.

Internationally acclaimed, trail blazing 7 string guitar virtuoso,singer, songwriter and pianist “The Commander In Chief” is releasing her much awaited new album; “Berit, Vol. 2” on July 9, 2020. It’s the 2nd album in a series of 4, with new, original music.

As always, it is impossible to place her album in just one genre, as it has elements reminiscent of the great rock bands of the -70s, European pop and her very own mix of catchy hooks and innovative songwriting. Her smooth electric guitar-sound, blistering guitar technique and dramatic piano arrangements give the listener a taste of her virtuosity, without giving into the temptation of showing off, as the main instrument on these “acoustic” albums is her four octaves, soulful, crystal clear, Norwegian voice.

By brilliant use of humour, satire and self irony, The Commander In Chief stands tall like a lighthouse, beaming confident rays of hope, laughter and compassion to a world engulfed in the darkness of political correctness; where everyone is afraid of offending someone - no matter how innocent their intentions are. She reminds us how important it is to be able to laugh at ourselves, and be humble, as she does with the songs “Messin’ It Up,” “Change of Seasons” and “The Manager.”

She assures us that even when we find ourselves under attack by evil forces, or when facing the potentially devastating consequences of someone else’s wrong decision, there is a way to turn something horrible into something funny, by looking at it through the lens of dark humour, as she does in the very personal songs “Trailer Trash” and  “Go Back To Norway.” In those 2 songs she introduces her brother, William, as the voice actor and background singer.

She displays her big heart and compassion in the heartbreakingly beautiful “The Lockdown” - dedicated to everyone affected by the Corona Virus, and she challenges us all to do more in “So He Set Out Walking.” In the only Italian song on the album, she asks the big questions about life. See the video for “Non Si Sa Mai” here.

As always, there was no use of Auto Tune, or other means of “lack of talent compensation,” on “Berit, Vol.2.” While she has been a trailblazer with international success in heavy metal and classical crossover music; with TV show appearances, viral videos and major press, this is - perhaps - her most important release. It comes at a time when humour itself is under relentless attack, and artists no longer know what to do or what to say. 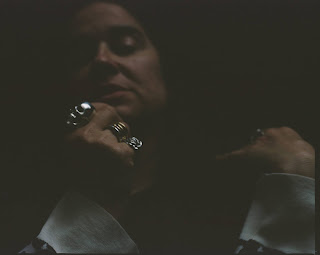 Following an inner nudge, Lara travelled to record the album in Wolfe Island, Canada with Wolfe Island Records founder and producer Hugh Christopher Brown. She's still following that nudge, using her music and lyrics as alchemy while working through emotional pain and trauma.

With a signature sound that is all authenticity and effortlessly classic, Lara Taubman's haunting lyrics and melodies should appeal to fans of artists like Gillian Welch and Joni Mitchell.

From the Artist: “Revelation” is about my journey to heal through making music. Following a call to begin singing five years ago led me to a series of fortuitous events that created this album. Music always saved me, now I hope to return the favor. Due today July 10th on all platforms, "Revelation" will also be available on vinyl. 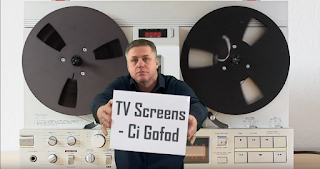 Ci Gofod is a bedroom project nested in the valleys of South Wales, although I have become familiar with the local scene, I have tried to utilise as much time as i could writing and recording any material that I could. What may make this project different is that I still have made it a goal to collaborate.

So, while still isolated, I have ensured to use the magic of technology to make frequent collaborations (while distanced of course). With this release we see a guest appearance from Lloyd Bastian from the band Pseudo Cool.

The new release is about monotony and I try to reflect this in the songwriting. The tune begins modest with a repetitive riff, but as the song draws to a close there is an explosion of sound. I hope that the ever changing dynamic of the song is worth your time.

This project has had great acclaim from the BBC, such as getting frequent airplay on BBC Radio Wales and hopes to turn heads with this latest release, particularly you of course. 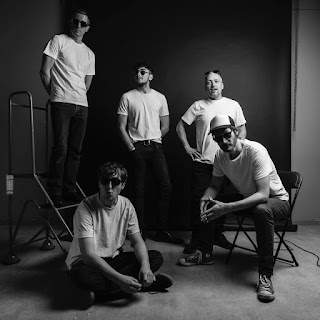 KEYS - This Side Of Luv.

“The hiss is another instrument” and it’s an instrument integral to the new recordings, sounds and songs by KEYS. Over the next few weeks we will be unveiling the latest collection of songs by the band, as Matthew Evans vocals / guitar / songwriter explains: “We recorded these tracks on Cassette four track machines during lockdown. Let’s not pretend we had access to an expensive studio, we didn’t.

It was a time to connect with bedroom songwriting again. These are not band arrangements worked out in a rehearsal room – these were written and recorded simultaneously. Not demos but songs that took shape during the "recording process.”

The hiss of the cassette turning is the sound of the endless possibilities and magic of the pop song spilling out in vivid colours at the exact moment inspiration took hold. No second guessing or over thinking, only the joy of creating.

A perfect example of this is the first single ‘This Side of Luv’. “This was our attempt at joyous early 70’s Midlands pop. 3-day weeks, winters of discontent, a Tory government…yet out of that bleakness came some heroic, ecstatic British pop music.

Music has the power to lift the spirit, if we can do that for 3 and a half minutes then we’ll feel our efforts were not in vain.” Matthew summarises this collection of songs, also written in trying times, as: “something to help us get through this lockdown. Hopefully you can use it too.”