sir Was and Casper Clausen - Flyder.

sir Was and Casper Clausen, singer of experimental Danish post-rockers Efterklang, yesterday released their collaboration ‘Flyder’ ( Floating). sir Was’ album ‘Holding on to a Dream’ and recent follow up EP ‘Letter’ have received praise and support worldwide from BBC 6 Music, BBC Radio 1, Radio Nova, KCRW, Double J, Complex, Les Inrocks and Notion. He headlined Scala in November and would have had a mainstage appearance at All Points East alongside Tame Impala and Caribou before the current lockdown.

Efterklang released their 6th studio album 'Altid Sammen' in Sep 2019 which was a welcome return for their multitudes of dedicated fans. They took the album on a sold out European and US tour peaking in a triumphant celebration at the stunning concert venue Elphilharmonie in Hamburg. Joel and Casper first met whilst in Berlin when they were both invited to be part of PEOPLE, a 7-day creative experience put together by and involving musicians including Beirut’s Zach Condon, Justin Vernon, Feist and the National’s Dessner brothers.

Casper recalls “It was a kinda love at first sight, Joel and I clicked and during that week of creation, we developed a friendship which led to many more hangs and recordings over the past couple of years. Joel joined the Efterklang recordings of our most recent album “Altid Sammen” last year and we also wrote the Efterklang song “Lyset” together in Joel’ studio in Gothenburg. I love writing music with Joel, his ability to frame a moment and his ear for melody, texture and groove is a rare treat to be around. We supplement each other well and we have a lot of fun making music together.”

‘Flyder’ started as a small sketch around the time when Joel went to join the Efterklang recordings in Copenhagen last year. After bouncing the song back and forth, between Gothenberg and Casper’s studio in Almada (looking across the bay to Lisbon), the song was finally finished off by Joel back in Gothenburg where he added his signature live drums and production magic. The result is a sumptuous track that bears the unmistakable warm sir Was sound and Casper’s tender vocal sung in his native Danish.

“Flyder is a song to the stream that carries our boat, a celebration and a fear for the metaphysical place where we decide to stay and grow our roots, our home on a floating dock, a moving hub and a made-up flower of all the things we give importance. When you manage to let go on your own power of control, when you are floating and staying at the same time.” 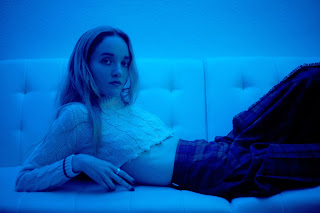 Sam Valdez’s immersive indie-rock sensibility reflects her childhood growing up at the edge of the Nevada desert, and her formative musical experiences as a child violinist. The mystery, beauty, and haunting quality of desert life has shaped the LA-based artist’s sense of dreamy textures, and her flair for abstract but emotive lyrics. Classical music’s majesty has informed her imaginative arrangements, and cinematic sense of dynamics.

Sam has melded in an intriguing blend of shoe-gaze, Americana, indie-rock, and pop into a signature aesthetic. Select career highlights thus far include garnering rave reviews in Clash Music, Consequence of Sound, and Earmilk; earning heavy rotation from KCRW for multiple singles; and opening tours for Stella Donnelly, Cayucas, and Giant Rooks.

“I’ve always tried to write from the most genuine place that I can, but, lately, and with this record, I’ve been working on sharing more sides of my views and emotions,” Sam details.

A feeling of 1960s nostalgic balladry courses through many of thesongs on Sam’s debut. She says:”  Melancholic, comforting and thought provoking is what I look forin music and what I feel and hope comes across in mine.” The album’s first single, “Toothache,” is a reverb-dipped slow burner glowering with sensual vocals and a twist on a breakup narrative. Here, the feeling is a longing to reconnect with one’s sense of self post romantic rupture.

Thank you so much,
Now I have something to read during the holidays. This will take a while but well worth it like always
You can read another one here the motorbiker
11 July 2020 at 05:22