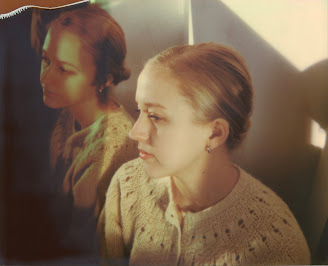 Anne Malin - Empty is the Day.
The first single from Anne Malin's new album due in October is Empty is the Day. The album Waiting Song explores what it means to be forced into stillness. At times meditative, at times defiant, Anne Malin’s latest album turns inward, moving through themes of impatience, ambition, confinement and memory. Ghosts haunt the landscapes of these songs—ancestors, friends who left the earth too soon, aging and sick loved ones, violators—as if to remind the band of its own impermanence. Marked by the ephemeral, these songs use repetition to declare their intention, Anne Malin’s determination: “I’ll stand by the window / O, I’ll stand by the window / Yes, I’ll stand by the window / And think a waiting song.”

Written by singer and poet Anne Malin Ringwalt and brought to life with long-time partner William Johnson, Waiting Song punctuates the already still and already violenced landscape of 2020, inviting its listener to inhabit its dreamscape while bringing their own pains and jubilations along. Ringwalt and Johnson moved to Nashville in 2019, yet this southern homecoming—Ringwalt from North Carolina and Johnson from Kentucky—has been stunted by natural disaster, bouts of unemployment and sickness. The band realizes they aren’t alone in this stuck-ness, this mundanity—so they sing, instead, towards a garden they wish to inhabit.

Drawing from and ultimately subverting the sounds of 20th century hymns and country/pop music, these songs are an eclectic and realized hybrid of New Weird America, post-punk, jazz and Americana. A combo organ’s sputtering Leslie coheres these songs, with Ringwalt’s agile voice soaring and sinking into each sonic scene. Johnson exhibits his musical confidence in Waiting Song with full force, contributing the entirety of the album’s instrumentation. Co-produced, this album demonstrates Ringwalt and Johnson’s capacious and playful musical ethos at its finest.

Anne Malin’s 2018 release of Fog Area, called “haunted” by The Wire and “gorgeously atmospheric” by The Line of Best Fit, exhibited an unsettled movement through genre. Drawing from this fluidity, but rooted in place, Waiting Song explores what happens when the band digs deeply into one set of musical tools. These melody-driven songs, written and produced around the vocal part, allow for a playful relationship between voice and arrangement. Recurring melodies in songs like “Child,” “Sleep,” “What Brings My Eyes Open” and “Hourglass” are passed confidently between Ringwalt and Johnson, creating a sonic texture that plays with its listener’s expectations while still creating a sense of familiarity. Ringwalt explores the full range of her voice, through melody and affect, leaning into a more sinister tone for “Mountain Song.” Equally inspired by Willie Nelson’s Phases and Stages and Sonic Youth’s Bad Moon Rising, Waiting Song marks the duo’s southern homecoming in the Anthropocene.
Anne Malin · Empty is the Day
-------------------------------------------------------------------------------------------- 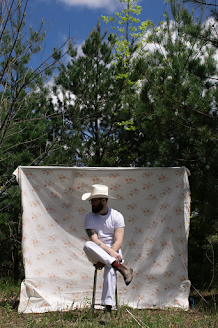 Brock Mattsson - Are You Thinking Of Me.
The song I am writing to you to share is, "Are You Thinking Of Me," this song emerged on one lonely night after having parted ways with the first individual I began dating after moving to Alberta. We used to drive around listening to music and would go hiking down in the North Saskatchewan River. They were a heavy smoker and I had never dated anyone who smoked before. But I liked them, so I put that aside.

Months passed and we parted ways as they got back with a previous partner. At the time I was living alone and didn’t have many friends, so I found myself writing a lot when this song formed and took shape. The recording experience was the most joyful part of the process for such a sad song about heartbreak. I reached out to my peer Cohen Wylie from The Crowleys, who was working at Threshold Recording Studio in Hamilton, Ontario.

When I got to the studio, Cohen had me lay down the base tracks and he, as well as Justyn, Stuart and Kaulin from The Crowleys created over the song from what they felt from it. I turned a psych-rock band into a country band for the weekend, it was great!