Wynnm first came across our radar back in February with 'Fire On The Moon' which we described as "a gentle and melodic song with fabulous vocals above a restrained musical backdrop" and with the new song 'The Morning' it's a case of "have some more". === KEYS were here last month and return with another fine track entitled 'Phases' which exudes some retro pop and rock vibes, something these folk are very good at. ===  Lady Dan shares 'Facta, Non Verba' today and its a highly addictive song, with a subtle musical arrangement that adds layers along the way supporting her gorgeous vocals. 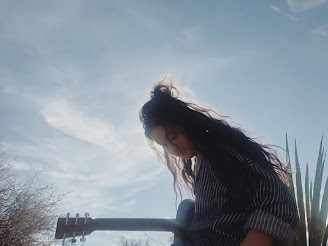 Wynnm’s quicksilver sound is an elegant amalgamation of smooth folk and vital bass. Her music emerges from the dusty mirages of Arizona and the private mountains of Idaho and cycles to the electronic beats of her current residency in Amsterdam.

Though born amidst the sands and sunburnt rock faces of the Sonoran Desert in the Southwestern United States to an amateur harmonica player father and a first-generation Korean mother, Wynnm’s dark notes and honey-throated tones draw from experiences far beyond her landscape, circumstance, and family myths of origin. CD’s like Simon and Garfunkel, Bob Dylan, Moby, The Doors, and Creedence Clearwater Revival spun in the family car on long road trips. She came of age with a love for bass beats and albums by powerful female vocalists like Annie Lennox, Portishead, and Fiona Apple.

Wynnm about her new single: "The Morning is a song of appreciation for those who make us the greatest versions of ourselves. Those who pull us from the edge. Those who free us from the heaviness of dark pasts. With driving, atmospheric drums and heavenly choral synths, ‘The Morning’ is needing, beyond wanting." 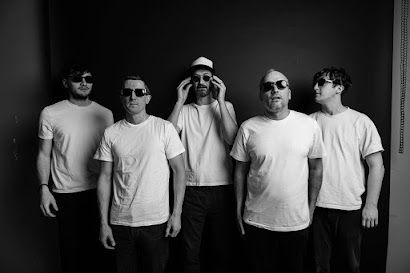 'Phases’ is the second single taken from KEYS ‘bedroom’ recorded album ‘HOME SCHOOLING: A collection of 4-track rarities’. As Matthew Evans (vocals / guitar / songwriter) explains: “Phases – When you start realising that these songs were going to be recorded somewhat intimately into a 4-track machine, it has an impact on the type of song you write. As Julian Cope says ‘The verses can lie if the chorus is pretty’. This is one of the most introspective tunes we’ve written. It’s the Lennonesque chords; they insist on a blue feeling.”

Through it all we hear the hiss of the 4-track cassette recorder turning, the sound of the endless possibilities and magic of the pop song spilling out in vivid colours . No second guessing or over thinking, only the joy of creating.”

Matthew summarises the collection of songs that make up ‘HOME SCHOOLING’ as “something to help us get through this lockdown. Hopefully you can use it too.”

The single 'Phases' is out August 8th, with the album 'HOME SCHOOLING': A Collection of 4-Track Rarities' to follow on August 21st, on Libertino Records. 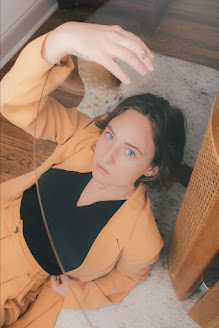 Working out of Texas but with roots in Birmingham, Alabama, Lady Dan makes music which is self-described as “Melancholic cowboy sounds you can cry in front of your cat to.”

Lady Dan puts a pause on weeping pedal steel to tread new waters in fresh goth-folk single. “Facta, Non Verba” uses dead language to convey what she is feeling - but not before she paints an image with dirty drones, grimy feedback, and angsty vocals.

The subtle dissonance is an unsettling nightmare we all want to live in.