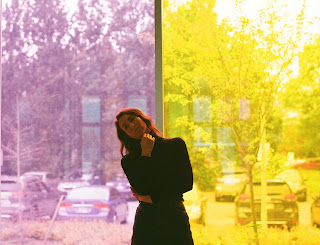 On September 4th Hannah Georgas who, over the years has been an active touring member of The National and Kathleen Edward's backing band, will release her new LP All That Emotion on Brassland and Arts & Crafts. Produced by Aaron Dessner, founding member of The National and producer of Taylor Swift's latest LP folklore, the album has already attracted an enthusiastic critical response with the mesmeric lead single "Dreams," the calmly enveloping "Just A Phase" and  pre-announce singles "That Emotion" and "Same Mistakes," earning praise from many outlets.

Today, Georgas is sharing her final single from the LP, a slow-burning synth pop gem entitled "Easy." Introduced by pulsing arpeggiators and a subtle blend of electronic drums and organic percussion, the track builds towards a glittering crescendo, with Georgas' weaving in and out of harmonized vocal parts as she chronicles a search for closure at the end of a relationship.

“I was going through a break up around the time that I wrote this song and I felt like I kept searching for some sort of closure or definitive ending to the relationship," says Georgas. "I found myself feeling frustrated that I couldn’t communicate well with this person and whenever I tried to reach out I was left feeling more alone in the end. I was going through this hard time and it felt like they found it easy to let it go.” 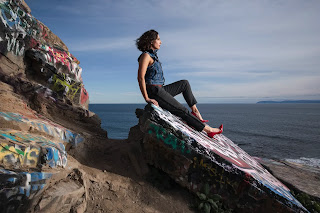 “Westberg,” the Gen X duo of Ariel Westberg and Scott Bruzenak (aka Noisecastle III) announce the upcoming single, “Nostalgia” due out August 24. The single represents a dusty tale of isolation in the middle of Los Angeles, the backdrop for the midlife crisis that unfolds within the rest of their EP. The EP, Boomer Studies is due for release on September 18.

The duo approaches “Nostalgia” with the stain of cynicism. The lyric, “Nostalgia just ain’t what it use to be” threads a thematic discontent while the appearance of Townes Van Zandt’s well-to-do doppleganger is symbolic of the decay of nostalgia itself.  They say, “We wrote this in his shadow, with nods to the bitter tone and dopamine-starved prose.”

Having met as classical music majors “in the weirdest school in the U.S.,”  Evergreen State College, the two Angelenos had explored Avant-Garde, jazz, rock, electro-folk, chamber pop and trip-hop. But Boomer Studies was a chance to strip it down and reflect. Their 2006 self-titled album received accolades from Nic Harcourt and continues to receive support on KCRW. 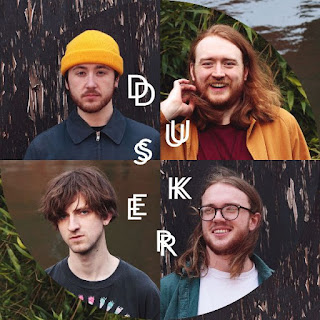 An emotive, loud-quiet-loud cut from their four-track cassette, “Quality Papers” is Dusker’s magnum opus from their new work. Befitting their forerunners Cap’n Jazz and Rites of Spring, the longest piece of the record is by no means meandering into nowhere – it’s concise, powerful… emotional. Did we mention it’s emotive yet?

Japanese blog Warszawa and UK based music website Backseat Mafia have also featured the band, with Craig Young from Backseat Mafia going as far as to say the EP “… take(s) you right back to the late 90s (...) Exceptional punk vocals and drenched in delicious feedback."

“EP 2” is available for pre-order on cassette tape and digitally from MUZAI Records ahead of its official release August 28th 2020.