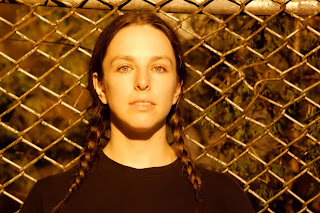 Linaire - No Part Of Me Ever Dies.

Linaire is an album of ten tracks that luxuriate in the deceleration of time and allow for listeners to embrace complicated and conflicting emotions. It is an invitation to acceptance in an atmosphere created by moments both somber and warm. Anna Atkinson’s self-titled debut as Linaire finds the Montreal-based composer, multi-instrumentalist, and singer in a state of reflection, constructing room for herself and the listener to work through complex feelings surrounding circumstances of love, time, lineage, and loss.

For Atkinson, the adoption of the name Linaire signals a setting forth onto a new path of exploration and self-expression. She builds her musical worlds from layers of airy synthesizers, Omnichord, strings, and drum machines, approaching beauty and discomfort in a manner both direct and honest. Peeking into her soul and pushing her own boundaries, Atkinson uses lyrical repetition to slow down and magnify ephemeral moments, while the album’s thoughtful  instrumentation creates a sense of limitlessness to the atmosphere of each song. Each of these ten succinct and subtely engrossing tracks—none running longer than six-minutes—seems to contain a life beyond its lyrics. This is perhaps best demonstrated on songs like “No Part of Me Ever Dies” or “Best I Can,” which address the complex relationship of the past to the present, without ignoring the future, and all the while focusing less on ideas of resolution than on trying to understand the questions raised—the final line of ”Best I Can” rings through the ambiance like both a mantra and a summation: “wasting nothing.”

The methodical crafting of each sonic gesture on Linaire reflects the patient recording and production of the album by Atkinson and Alexander MacSween (drum machines & additional keyboards) at OBORO in Montreal in the Winter of 2019. From the fluttering electronics of “Snowshoe” to the luminous vocals on “The Inside, The Outside,” the music of Linaire breathes, floats and flowers, offering a space of welcoming and recognition, while enveloping listeners in a transcendent auditory experience, never letting them fall.

Atkinson guides listeners with a soft and gentle hand that soothes and makes a way for an unimpeded journey of emotional confrontation, naturally gliding them toward new possibilites. She weaves soundscapes that focus one’s energy on taking time, “wasting nothing,” allowing those who enter to do the same.

"No Part of Me Ever Dies is about accepting one’s most difficult emotions - the old lonesome ones that feel endless and overwhelming. The song also serves as a reminder that these states eventually pass, and that they pass more easily once they are embraced." 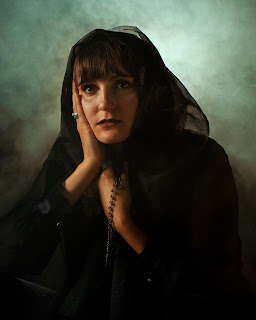 Falcon Jane - The Other Moon.

Ontario-based project Falcon Jane – the moniker for primary songwriter of the group, Sara May – are to release their soaring new single, ‘The Other Moon’ via Pittsburgh-based label, Darling Recordings on August 26, 2020.

‘The Other Moon’, which is lifted from a larger body of material set to come from Sara May further down the line, finds the artist exploring deeply sentimental and personal themes, from death to memory, and the miscommunication that can take place between generations. May has a penchant for unpacking these emotions in succinct and comprehensible forms, making something so personal and idiosyncratic to her feel so familiar to the rest of us. Much of May’s forthcoming work found its source of inspiration in early 2019 when her songwriting synched up with a string of deaths that occurred in her immediate family; ‘The Other Moon’ pays a touching testament to her Nonna with May lacing the track’s stark honesty with swooning guitar and her enchanting vocal palette, a sound that co-director, van Olm visualized as May’s DIY journey through space.

Speaking about the new track, May says: “‘The Other Moon’ is a letter and tribute to my late Nonna whose death inspired me to start recording this album. Despite being from two completely different generations, and speaking two different languages, my Nonna and I had a very special connection. We understood each other and cared about each other, even if we couldn’t find the words to express it. My Nonna would always cheekily joke about her own death, and through her broken English, she claimed that when she died she’d be going to “The Other Moon”.

“This song is not a story about a happy-go-lucky relationship between grandmother and granddaughter,” May continues. “It accurately depicts the contrasting dynamic of a very loving friendship mixed with a lifelong trauma-ridden miscommunication. The big hole in my heart, the black cloud over our love. This song feels like the message I always wanted to send to her; pushing through the darkness to find the deep love we shared and continue to share now.” 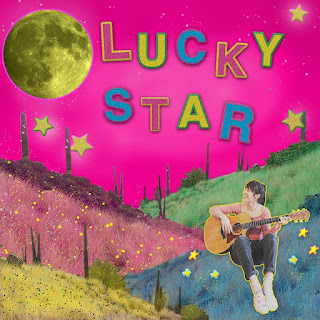 Peach Kelli Pop - Cut Me Off.

Peach Kelli Pop is a musical project conceived of by songwriter Allie Hanlon, who has unveiled the first single from her upcoming EP.
Peach Kelli Pop has gained notoriety for the band's catchy melodies that bring to mind American female pop music singing groups of the late 50s and early 60s, but peel back a layer of saccharine film from her tunes and there is always a lot more to discover. "Searching for it in myself, this is eating up my mind and health", is the opening line of the single, previewing some of the angst that is floating just below the surface of the twee harmonies.

"This song is about lacking the strength to walk away from a situation you know is harmful to you." says Hanlon of the track. "It's about really wanting a relationship to work (whether it be romantic or a friendship) and hanging on, but knowing deep down that it won't work out."

In 2009, in her hometown of Ottawa, Canada, Hanlon taught herself to play guitar and bass, arrange songs and record them. The band is now based in Southern California, after Hanlon relocated in 2013. Peach Kelli Pop has toured extensively both domestically and internationally, making frequent trips to Japan. With four full-length releases and a handful of singles under her belt, Peach Kelli Pop is back with her Lucky Star EP on October 7th via Lauren Records. The EP features 4 brand new songs, including a cover of "Sing And Pretty" by Tokyo's The Pat Pats.