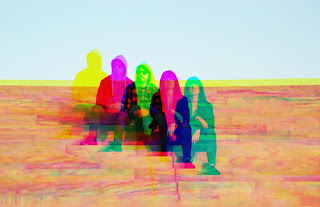 The ethereal and swirling sounds of Greece’s Keep Shelly in Athens capture the transient feelings of city life and the inevitable passing of time. With lush melodic beats and dreamy vocals Keep Shelly’s production is an accessible and lighthearted entry into the world of down-tempo electronica.

With previous releases on labels including Forest Family Records, Transparent Records, Planet Mu, Cascine and Friends of Friends, the duo have already transported their whimsical arrangements and soothing productions across the globe, including performances at Coachella Festival, Parklife Festival, Brighton’s The Great Escape Festival and Austin’s Fun Fun Fun.

In addition to their own releases they have also done official remixes for Tycho (Ghostly International), Blood Diamonds (4AD), Steve Mason (Domino) and many more… Their new EP, Defy Me, is due Nov. 12. Now they have shared the first single / video from it, “Neon Glare.” Keep Shelly in Athens are RPR and Jessica Bell.

RPR notes, about the new EP, “So many things have happened since the beginning of this year which could provide material for several albums! Nevertheless, in the 5 tracks from our upcoming EP we tried to transform our anxiety about the future as well as our anger and outrage at everything that is happening right now, regarding the murder of innocent people and so many other issues, into something positive. I think this came out in a natural and unforced way, and we hope the audience will find some escape within these songs.” 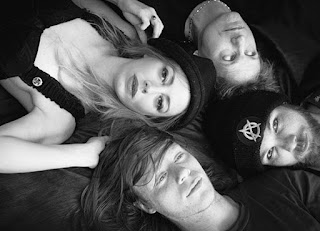 Healthy Junkies are everything that epitomizes the indie punk spirit - driven, authentic, and capable of causing a riot at any moment. As they prepare to release a seminal album which mashes up psychedelic rock, punk, grunge and goth, first single ‘Last Day In L.A.’ sets the bar high. As a band that have toured relentlessly since their formation in 2011, until the global lockdown of 2020, they came into this record still firmly locked in the groove.

The album was made during the aforementioned period of quarantine and is titled ‘Forever On The Road’. It has reflections of recent tours and life beyond the road and offers a compelling record more akin to chapters of a thrilling novel rather than bubblegum throwaway rock n pop. Lead singer Nina Courson shines throughout with her Parisian drawl inflecting the Junkies’ brand of rock n roll with tones of 60s femme fatales Nico and Brigitte Bardot.

‘Last Day In L.A.’ harks back to a recent US tour which captures the strange magnetic pull of the city of angels, especially for this group of runaways from Paris and Greater London. They united together to write songs and feed their passion for music as a life-saving exercise after narrowly escaping a youth filled by gangsters, abuse and the like. Phil Honey-Jones is Nina’s writing partner and plays guitars and sings on many tracks too. Their bond was firmly formed almost a decade ago through music as a form of healing self-expression, creating their own world within a world, turning their personal horrors into sonic beauty, and out of the bizarre madness of the global pandemic have conjured a record sure to catapult them to the larger stages of next year’s major festivals. The band also feature bass player Dave Whitmore from Maidenhead, Berks who provides that extra bit of madness and creativity needed to cement their destinies together and jettison them on the journey that brought them to the recording  of ‘Forever on the road’. The drums on this album were provided by an anonymous American drummer during lockdown and mixed by Phil at home. This was the only way the album could be created during these restricted times.

On this album they have further pushed the boundaries of genre using hip hop beats, piano and string arrangements, horror film style soundtracks and even reggae alongside goth, punk and grunge. The album is the soundtrack to their USA tour of autumn 2018.

Healthy Junkies also bring similar people together and have been running a monthly London night called Punk & Roll Rendezvous for nine years, which includes an annual free three day festival with 25+ bands. The event has always been held at the Unicorn pub in Camden but due to Covid-19 the band are running the festival online this year. The fanbase for this band as well as their Punk & Roll night keep growing as they continue to popularize a community spirit, the sharing of ideas, giving artists an opportunity to perform and somewhere to hang out. This cast of misfits have built a beautiful tribe of punks and rockers and look set to expand their loyal devotees as they continue to hit their stride.

Rodney Bingenheimer (Sirius XM/Kroq) has played the song ‘Last Day In L.A.’ five times already this year on his Sunday show Underground garage and it hasn’t even been released yet, but his enthusiasm after getting hold of a copy has prompted the band to lead the new record out with this single and it’s a fiery number set to have you pogoing wherever you are as Nina, “Waves goodbye to the dead end life” and “the Hollywood nights”. 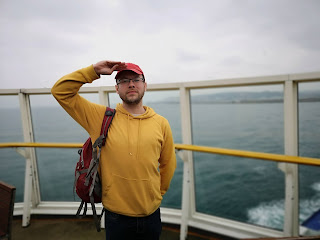 Humm Recordings is excited to announce the forthcoming release of ‘Formed at Depth’ – the debut LP by Norwich’s Gold Hick.

2020. A year so far spent hunting for silver linings. For James Ferguson (one half of Norfolk electronic pioneers Broads), one such silver lining was the opportunity to develop new songs in isolation, away from the pre-covid hustle and bustle of gigging, collaborating and the daily commute. The result is a suite of eight crisp, circular tracks, gathered together with love and presented to you here as ‘Formed at depth’, the debut album by Gold Hick.

The album is preceded by a two-track digital single – ‘Up Arrow (CSJ edit)’ b/w non-album track ‘Trad Ghost’, out this weekend.

“I guess I started writing as a way to move on from ‘Ollust’, and the disappointment of the Broads shows all getting postponed due to lockdown”, explains Ferguson. “At that point I was definitely thinking that I was starting work on a new Broads record – Mark even played a couple of bits on ‘Tumult’ and ‘Leica’… but it soon became clear that I was racing ahead and pushing things in a new direction. By that stage the writing had become a sort of lockdown therapy so I picked a name (‘Gold Hick’, after the Guided By Voices song) and kept on going”.

“These eight tracks are really a distilled, purified version of what I do with Broads – lots of bright sounds, gradual layering and a loose approach to looping. But it’s also given me a chance to experiment and start to learn some new things – the cut up vocal samples [from Ta-Ra’s ‘VenusFlower’] on ‘Up Arrow’, and playing around with some ideas stolen from rave and house music were really fun processes to go through”.

Taking Gold Hick live is something that may have to wait a few months, but the idea excites Ferguson: “Weirdly given the circumstances, ‘Formed at Depth’ was written with playing live in mind all the way through – I can’t wait to get out there and get people dancing. We all need a dance, right? Broads shows are normally a bit more cerebral, but this is definitely a record to dance to”.