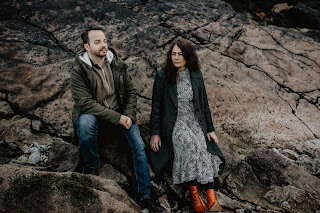 Derw started as a project between songwriter Dafydd Dabson and his mum Anna Georgina, a lyricist, after they got to the final of S4C songwriting competition Can i Gymru in 2018 and decided to keep writing together. The band is fronted by Welsh/Iranian singer Elin Fouladi and their debut EP 'Yr Unig Rhai Sy'n Cofio' involves musicians from Welsh acts Zervas and Pepper, Afrocluster and Codewalkers.

Drawing on chamber pop influences like The National and Elbow, the band has a strong connection with the past and their family history and is named after Anna's father - Derwas. Their family is full of interesting stories and 'Yr Unig Rhai Sy'n Cofio' (The Only Ones Who Remember) is about making sure these stories are recorded and remembered.

The track 'Mikhail' is about a friend Derwas met while studying in Jerusalem in 1926. Mikhail grew up in Russia and his father was part of the imperial navy. One night in 1917, when Mikhail was nine and his mother was away, the Bolsheviks came to his house, took his father into another room and shot him. Mikhail then moved to Palestine with his mother and, when he was 19, met Derwas, a student from Oxford. They then spent years exploring the wilderness together and trying to find peace.

The lyrics for 'Silver', the final track of the EP, are taken from a poem written by Anna's mother in the 1930s. She loved writing and had notebooks full of poetry she'd written. She tried several times to get them published but never managed it so it gives Anna and Dafydd a huge amount of pleasure to be able to make use of one of them now.

Derw’s first single, ‘Dau Gam’, came out in May on CEG Records. It was made ‘Track of the Week’ on BBC Radio Cymru as well as getting airplay on BBC Radio Wales. 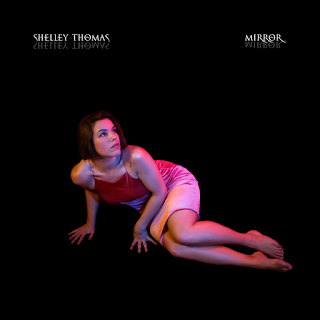 World Chamber Pop performer-composer Shelley Thomas is set to release her new single, “Mirror” on August 28th, 2020. “Mirror” explores duality and shadow psychology in the quest for integration of the true self, interlacing diverse threads of culture through sounds of oud, qanun, piano, drums, bass, violin, and cello from a ten piece microtonal chamber ensemble.

The self-produced track was recorded by Jesse Selleck and Eric Oulundsen at Banyan Studios.

Having studied and performed World Music and voice in over fifteen languages for the last sixteen years, Shelley Thomas is no stranger to the arts. 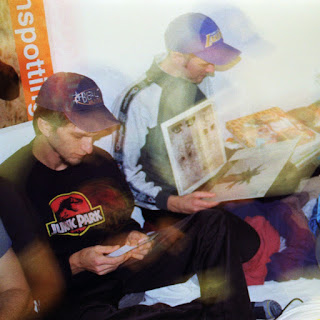 Close your eyes. And suddenly it comes back: the magic moment from the last weekend in July when Slow Soak played a concert on a roof in their hometown Basel. Romantic red evening sun. Long shadows. Cool drinks. In this atmosphere Slow Soak's haunting songs developed their magic.

They're inspired by heroes of the indie folk scene such as Conor Oberst and David Bazan, as well as by Radiohead.

But sun was out yesterday. Now the «Moon» is shining again. Slow Soak are a Who's Who of the Basel indie scene: featuring members of Don't Kill The Beast or the (now disbanded) Sheila She Loves You – two names that which known far beyond the cantonal borders.

Do you see any possibility of including «Moon» into your program and introduce Slow Soak? We are convinced that whoever writes such an intense song deserves to be heard. The band is available for interviews and live sessions. 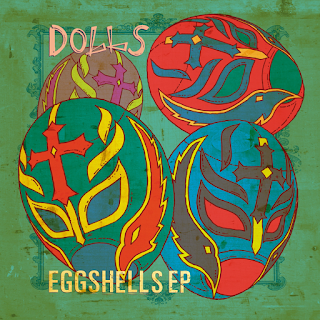 The 2-piece, comprising Jade (guitar and vocals) and Bel (drums and vocals) packed out Rough Trade East in London to launch their first EP ‘Pop The Bubble’, however in current circumstances will be operating solely online for this release, in part because Jade is in home town of London and Bel is back in Spain. The EP was produced and mixed by Margo Broom at Hermitage Studio Works in North London.

Jade explains that the ‘Eggshells EP’ is more auto-biographical than Dolls have ever been in the past and that it is “about the struggles that we have faced in our 20’s. Losing friends, creepy men, the strive for perfectionism and day-to-day anxiety. We have written about what we feel is really important as we get older. Musically we have evolved with this EP and although the gritty garage rock is still there we’ve broadened our sound with synths, percussion and multiple vocal layers.”

The “Eggshells EP”, was released as part of Love Record Stores Day alongside releases from the likes of Arctic Monkeys, Oasis, Caribou, Belle and Sebastian, Beach House, New Order, Jungle and John Grant.  Head of Doll’s label Mondo & Death Waltz Spencer Hickman explains “We're thrilled to be releasing the new Dolls EP on limited edition vinyl for the Love Record Stores event on June 20th. Record stores are suffering right now and this event is a great way for the music community to come together safely  & without worry, celebrate music culture and help stores through a difficult finical time”. 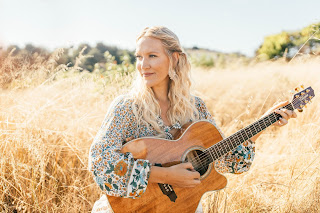 "Making Some Room is about rebirth and personal transformation, about the moment after you hit rock bottom. I wrote this song in Nashville (with my friend Cheyenne Medders) after the death of my father, the birth of my son, and the dissolution of my marriage. This series of major life events triggered a dark night of the soul and landed me in such a state of codependency and victim consciousness I didn't know how to get myself out of.

I knew I would never be happy until I cleared space for new patterns of thinking and that meant I had to stop grieving the life I wished I'd had, and start creating the one I wanted. I made a commitment to never abandon myself or my dream again.  Stepping into an entirely new vision for my life-free from anyone else's limiting expectations-I gave my heart and mind permission to soar."

Katie Boeck has careened through several musical careers in the past decade. Shortly after graduating from UCLA with a degree in Musical Theater, Katie Boeck formed a band and began playing open mic nights on Sunset Boulevard and LA's West Side. This led to a surreal gig as the lead singer of an all-female Bollywood-Pop group that spent several months touring across India--an Eat, Pray, Love-esque experience that inspired her first EP, Speaking of You.

Her acting career took her to NYC with the cast of Deaf West Theater Company's production of Duncan Sheik's musical, Spring Awakening, sharing the starring role of Wendla with deaf actress Sandra Mae Frank, for whom she voiced, sang and played guitar, garnering television features on Late Night With Seth Meyers, NBC Nightly News with Lester Holt, and culminating in a Tony Nomination for Best Revival of a Musical and a performance at the 2016 Tony Awards. She was featured performing her acoustic rendition of Ave Maria in the final season of HBO's critically acclaimed television show The Newsroom.

She’s known to audiences in LA, Nashville and in NYC where she’s become a regular with Broadway Sings and Élan Artists and in 2018 made her Carnegie Hall debut. Her song What Are We Waiting For was covered by Tony-winner Leslie Odom Jr. and performed at Lincoln Center. Katie resides in Nashville, TN with her 3 year old son.