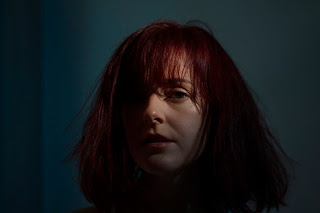 “I know we’ve all felt this, but the aching dullness of being locked away for months has gnawed away at me, unable to see so many people I love, unable to create. I sat alone for weeks in a fairly broken bout of depression when one day went to the park, and as I watched the birds and the insects around me, these 4 songs poured out of me.

The creatures I saw around me put a shape and words to my thoughts and feelings around loneliness, pain and the feeling of alienation, not only from loved ones, but from myself.”

About Creatures EP - Written entirely during lockdown, Creatures lyrically examines loneliness and fractured mental health and are delivered through Faultress’ voice alone, manipulated with electronics. All songs are designed specifically for headphones and are produced by award winning sound designer and producer Gonçalo Abrantes (aka Agon Branza).It is a poised and assertive performance from a musician with a masterly handle on the themes of her art. 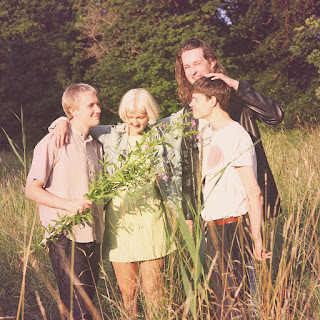 Kindsight is a new Copenhagen based band and the first act outside of Sweden to sign with Rama Lama Records (Melby, Chez Ali, Steve Buscemi's Dreamy Eyes etc.). The young quartet today release their debut single Who Are You - a warm, nostalgic and atmospheric indie pop song.

The Danish quartet makes retro-tinged indie pop that is instantly appealing and addictive. Nina's vocals crowns the atmospheric soundscape perfectly and makes Kindsight something that's been missing in Scandinavia for a long time. Debut single Who Are You is the first taste of their melancholic beauty which we will hear a lot more of the upcoming year as the band are ready to finally share their music.

Kindsight about Who Are You: - "Who Are You is a summer song written in January - lush, light and forward-driven. Originally dismissed by the band as a stupid disco song when brought to rehearsal by guitarist Søren Svensson, adjustments were made and the song was granted life as Kindsight’s debut single."

Shortly after forming the band played their first gig in a parking lot to a crowd of children. The band tells us that the children "were overwhelmed by the sudden influx of melancholic beauty to the otherwise rather dull parking space. As one 7 year old kid said moments before being squashed under an unstable wheel of fortune, “Wow, they are so cool, I also prefer The Sugarcubes to Björk’s later work!”". Since then, the band have played frequently on the Copenhagen indie scene for a bit older and growing crowd.

Who Are You is out now. Kindsight consists of Nina Hyldgaard Rasmussen (vocals, guitar), Anders Prip (bass), Søren Svensson (guitar), Johannes Jacobsen (drums) and are available for interviews. 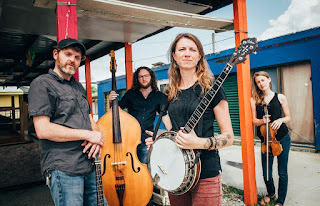 The song tips its hat to Furtado’s Celtic influences with an irresistible, Irish-flavored melody that works both as a framework for sprightly unison playing by Gina and her violinist sister, Malia Furtado, and as a fitting vehicle for the lyric’s deftly prolonged metaphor:

“He doesn’t care to compromise
The alley cat with laughing eyes
And when he laid his eyes on me
The other girls were history...
A pat and scratch behind the ear
Really you’ve no business here
A little milk is all you’ll get
‘Cause I don’t want an alley cat”

As the bandleader slyly notes, "’Alley Cat’ is for anyone who has been charmed completely and unexpectedly — whether it be by a stray kitty, or any other free spirit."

With harmonies from Malia Furtado, and a gracefully grooving rhythm section of Drew Matulich (guitar) and bassist Max Johnson, “Alley Cat” is a sunny, light-hearted frolic that packs an abundance of good-humored energy into its two minutes, proving once again that, even in music, brevity is the soul of wit.