Gianna Lauren is a singer songwriter based in Nova Scotia and she has just released 'Spark' as a foretaste of the E.P 'Vanity Metrics' due in November. 'Spark' is a mellow and melodic piece that gradually builds in power, something of a journey from indie pop to indie rock. === Earlier this month we featured 'Passing Me By' from Samana describing that track as "pristine and breathtaking." They have followed that up with the new single 'The Glory Of Love' where their creativity and unique style is again, something very special. 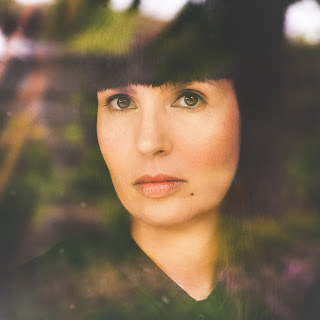 Nova Scotia songwriter Gianna Lauren has just released the single "Spark" and  announces her 'Vanity Metric's EP on Forward Music Group due on Nov 13th. Gianna Lauren's new EP Vanity Metrics, is a deeply felt and dreamy set of songs recorded live in the studio, taking advantage of the tour-tightness of her band after a two week run to catch lightning in a bottle. Gianna's vocals are deeply felt and beautifully controlled, and the band supports her perfectly, surging and receding at the exact right moment. A lot to love here for fans of Mitski, Big Thief, Lucy Dacus.

About the album - “It’s the same old story that I can’t tell,” sings Gianna Lauren over and over on “Closed Chapter,” at the midpoint of Vanity Metrics, abandoning the jaunty melody she began with for a pulsing, dramatic drumbeat and expansive horns. Her own voice joins, then other voices, calling back on a loop, mimicking the patterns of a doomed relationship she’s finally learned to let go of—and you hear that exact moment, because the jaunty melody comes back for the final seconds, a bookend, maybe a kiss-off.

The same old story one can’t tell is also the act of art itself. Perhaps a coincidence, then, that here on her fourth release Lauren is at her art-rockiest, but that also may be in part thanks to the artists she was listening to as she weaved through the fog of Nova Scotia’s south shore to produce this EP: Some of indie-rock’s boldest voices and most insightful perspectives, like the heart-rending Mitski, the dramatics of Weyes Blood, the intimacy of Big Thief.

Lauren and her cohort of Ontarians stepped into the studio immediately after a two-week tour to make Vanity Metrics in four days, and that includes a pair of songs—“Closed Chapter” and the opener “Spark”—written that week. With the artist as bandleader, much of the album was recorded live off the floor, capturing an electricity fuelled by collaboration (and a touch of exhaustion). 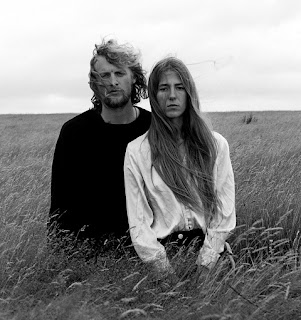 Samana - The Glory Of Love.

Call it experimental, call it art rock, call it alt-folk or folk rock; however you personally classify Samana’s music, it is an unequivocally compelling reflection of humanity.

Following the release of earlier singles ‘Harvest’ and August’s ‘Passing Me By’, which saw support from BBC 6Music, BBC Introducing and Radio X, Wales-based duo Samana return with their latest single ’The Glory Of Love’.  It is taken from their forthcoming ’The Spirit Moving’ EP (set for release on October 22nd).

Self-produced, recorded and mixed whilst holed-up in a remote part of France while the world was locked down earlier in the year, the band explain "‘The Glory Of Love’ is a mantra, stripping away the veneer of everything in life that distracts and overwhelms; to realign the soul with the importance of what it is to be rooted. This song marks the value of connection, returning one to the fundamental principle that lies at the heart of all things - the profundity of what it is to truly love, and to be loved."

“The Glory Of Love” is the second of new a new series of releases from the band who have just received support from the Arts Council Of Wales.