Stephen Becker has announced the release of a new EP the first under his own name out October 30 on NNA Tapes. Nothing Sun Under the New expresses exactly the kind of poetic sleights-of-hand we encounter throughout this short, brilliant offering. This compact record is filled with aphorisms flipped on their heads, reversals of logic and intuition, dislocations of causality and expectation. Alongside the announcement, Becker shared an entrancing music video for the album’s lead single “Clean,” which was directed by Johnny Frohman & Gerard Marcus, and stars a charming Marley McDonald. On the song Becker explains: “‘Clean’ is about escaping technology, cell phones, social media - the way we clean ourselves with water, and how doing the same with technology would destroy it (i.e. submerging your phone in a bathtub). So cleaning is also destruction, and maybe it takes a little destruction to really get clean.”

For Stephen Becker, music is a stream of consciousness. Originally working as the Trees Take Ease moniker, the Brooklyn based artist is stepping out from under the branches and releasing music under his own name for the first time. It marks a shift, a new beginning, that initially started out as a casual bedroom project but quickly blossomed into something significant. This new chapter starts with EP Nothing Sun Under the New.

Equal parts weird and sublime, Becker resides in a sonic universe that bends into a state of oblivion and relishes the fleeting moments. This uninhibited approach creates a kaleidoscope of textures where songs about frozen drinks and old teachers exist against a backdrop of propulsive synths, screwy percussion and lo-fi guitar hooks. “I think there’s a lot of power in the right melody and the right chord progression and the right sonic environment and that to me has as much emotional weight as anything that I’m saying,” he says.

Attending concerts as a teen with his Dad and playing in jazz band throughout high school led Becker to experiment with different improvised arts, rubbing shoulders with different genres and practises. This curiosity, along with his talents, secured him a place at Oberlin college in Ohio, studying guitar performance. There, Becker witnessed performances from the likes of Deerhoof, Frankie Cosmos, Yo Yo Ma and Fred Frith that inspired him to merge his skills as a jazz musician and guitar expert and dive into songwriting. 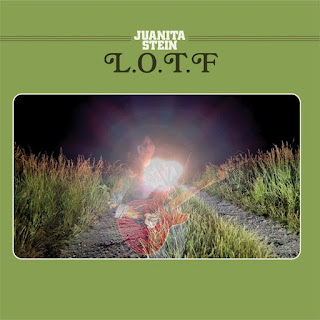 Juanita Stein has released a new song, ‘L.O.T.F’, from her upcoming third album, ‘Snapshot', which is set for release via Nude Records on 23rd October in all formats.

‘L.O.T.F’ follows the recent release of the LP’s title track and a second song, ‘The Mavericks’, which picked up early support from the likes of Mojo, Clash and 6 Music for Brighton-based, Australian songwriter, who first became known for her work as singer and guitarist in Howling Bells.

The song taps into the theme that runs throughout the album, which was recorded following the sudden loss of Stein’s father in 2019. As Juanita explains, it is “an ode to growing up in Australia, tinged with a sad bitterness.” It is a devilish intersection of a song, with introspective lyrics swimming through snarling guitars.

About the album: It feels fundamental to understanding the devastation and eerie silence thrust upon us after his sudden death,” begins the Brighton-based, Australian songwriter Juanita Stein, discussing the moment of great sadness that inspired her new record. “It was a daunting task to sum up the life of one man such as my father. He was endlessly inspiring, charming, deeply talented and passionately spiritual. He admirably, and at times frustratingly, carried the torch for his own musical career until the very end.”

It’s within this processing of a life well-lived and attempting to wrestle with the tides of her own grief, that what would become the album began to ebb and flow out of Stein, who first became known for her work as singer and guitarist in Howling Bells.

“After I felt I had enough songs,” Juanita explains, “I was moved to reach out to producer Ben Hillier, who I’d been a fan of since hearing records he made with Clinic, Elbow ad Doves to see if he might be interested in making this album with me.”

Unlike her first two solo albums, “America” (2017) and “Until The Lights Fade” (2018), which were made in just a few weeks and both at studios in the US, ‘Snapshot’ was recorded over the course of eight months at Agricultural Audio, not far from Juanita’s home. 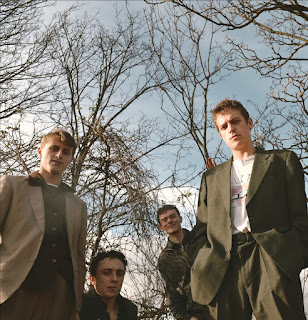 Hailing from Yorkshire though now South London rooted, DEADLETTER channel the droll fury of The Fall and the lopsided rhythm of Gang of Four into a strain of vehement post-punk, exploring the darker side of existence through a lens of narrative-driven levity. Now the band release their potent second single "Fit For Work", following the release of debut single "Good Old Days" in May this year.

The last year has seen DEADLETTER emerge as a genuinely thrilling live prospect, showcasing their brand of chaotic hedonism across the country supporting the likes of Squid, Viagra Boys and Avalanche Party. Debut single "Good Old Days" was a clear stylistic marker of the band’s vision and received both regional BBC and 6Music play.

New single "Fit For Work" follows in that vein, offering an acute, angered study into bureaucracy, and loss of personal identity. DEADLETTER are experts in the field of intensity; seamlessly switching from conversational verses into unadulterated post-punk fury - "Fit For Work" is a huge statement of intent from the band.

Of new single "Fit For Work", frontman Zac Woolley writes: "Fit For Work was a concept a long time before it was a song. As a band, and as a writer, we [I] have always regarded the call and response strategy as biblical. The idea of having a conversation during the delivery of art leads to this absurd metaphysical tangent of acknowledging your art is art whilst performing it; similar to when artists use the line “I wrote this song for you because…” what they are doing, when you think about it, is taking away the idea that what they’re creating exists in itself, and is in fact an entity that exists in a wholly real world.

As a song, "Fit For Work" is about more than just the Department for Work and Pensions. It provides a mirror to the world, and specifically the Britain of today.  The ideas explored within the track are seemingly exaggerated accounts of reality but, upon close examination, have worrying roots in true experience, with the track aiming to parallel the savagery of the narrator in the song with the actual brutality of our government.

The declaration of someone as ‘Fit For Work’ is symptomatic of the apathy and bureaucratic cruelty prevalent in society, where being unable to meet a certain ticked number of boxes (either literally or metaphorically), equates to the surrender of personal autonomy, and by extension, individual identity.