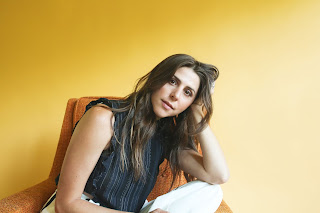 Jillette Johnson has announced the February 12 release of It’s a Beautiful Day and I Love You, her first new album in four years. Returning with a newfound creative confidence, the Nashville-based singer/songwriter delivers a fully-realized collection of ten new songs featuring candid lyricism and a bolder, bigger sound. Along with the announcement, Johnson shares the rollicking new single “Annie” with a self-directed, DIY video shot during quarantine. An ode to her other half’s ex-girlfriend, “Annie” offers a different take on songs about “the other woman” as Johnson expresses genuine appreciation for the positive impact her role played in his life.

“Annie is a thank-you letter, and a tribute to all the past relationships that make us who we are,” explains Johnson. “The ones that prepare us to find fulfilling partnerships. My partner has shared his heart with some badass women and I'm super grateful for it. May we be in an era finally, where women can see each other as allies, and not threats.”

Jillette Johnson has established a reputation for her ruminative pop/folk, piano-driven songs and powerful vocals, releasing her 2013 debut Water in a Whale and 2017 Dave Cobb-produced follow-up All I Ever See In You Is Me to widespread acclaim ranging from Billboard and Paste to Marie Claire and ELLE. She began writing songs at the age of eight, becoming fully immersed in music by high school and quickly learning first-hand about the prevalence of predators in this volatile, ever-changing industry. Now on the other side of a journey through pain and struggle to gratitude, forgiveness, and, ultimately, acceptance, It’s a Beautiful Day and I Love You sees Johnson taking full control of her career for the first time. She recently spoke about the process with American Songwriter and shared her debut single “I Shouldn’t Go Anywhere,” which Rolling Stone describes as “a spaced-out trip that recalls Harry Nilsson or Elton John at his most decadent.”

“The lessons I learned from those early industry experiences are why I’ve held so tightly to making this album on my own with people I trust,” Johnson explains. “It would have been easy to lean into the melancholy. It was an act of rebellion to not indulge in the pain, to look beyond it and not wallow.” 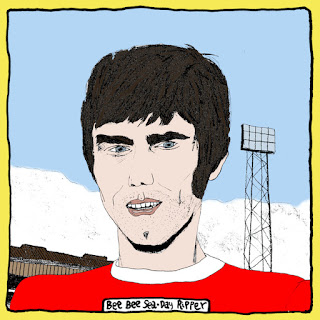 Following the release of first two singles 'Daily Jobs' and 'Gonna Get Me', Bee Bee Sea have now released the title track for their upcoming new album 'Day Ripper', out on 9th October on Wild Honey Records.

One of the few heavy psych-garage songs on the record, the track is based on a riff progression alternated with Beatlesque choruses. Similarly to previous single 'Daily Jobs', the song further elaborates on the idea of living a suffocating and claustrophobic existence. Aside from the title, another nod to the Fab Four is on the artwork, designed by Yuri Pierini at Slack Studio: an illustration of legendary footballer George Best, occasionally known as The Fifth Beatle.

Bee Bee Sea – Wilson Wilson on guitar and vocals, Giacomo Parisio on bass, and Andrea Onofrio on drums – met fresh out of high school and immediately bonded over music. “When there’s no good shit around you better form a band” runs their motto – and so they did. Sixties classics like the Beatles, The Who, and The Stones formed the bulk of their repertoire as a covers band, and they played in any bar that would have them. “We were into bands,” explains Wilson, “and over time we became more rock, and started to get into punk.”

And now they stand ready to unleash 'Day Ripper' on the world, ten incendiary tracks full of edge, tension, and fuelled by frustration – “ripper” is very much the right word. From the catchy, effervescent chug of single ‘Be Bop Palooza’, to the filthy garage punk of ‘Drags Me Down’ and ‘Telephone’, it’s a record that throws you around the room before pinning you up against the wall and screaming in your face. Songs barrel along like a whirling dervish, all galloping drums and frantic power chords, occasionally teetering on the brink of collapse. Yet such chaos is precisely what makes 'Day Ripper 'so compelling, and so fun. 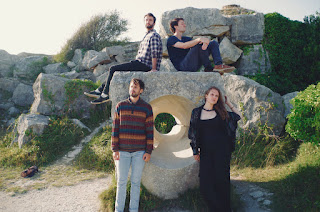 Sandtimer - You Never Had Control.

‘You Never Had Control’ is the latest single from Sandtimer’s upcoming second album, ‘Running In Sunlight’. The song charts the feeling of waking up, seeing terrible things happening in the world and feeling partly responsible, no matter how irrational this feeling might be.

‘You Never Had Control’ is an expression of coming to terms with one’s own powerlessness when faced with huge, unpredictable events, and an encouragement to carry on the struggle for progress regardless.

The album Running in Sunlight, which will be released this October, sees the band take a loose and immediate approach to the creative process, with the songs being written and recorded over a short time frame, with sparser instrumentation than their previous music.

“This album isn’t about anthems,” says Simon Thomas, vocalist and guitarist. “It’s our attempt at exploring the raw edges of the climate we live in- the uncomfortable parts as well as the beauty. We wanted to give ourselves space to do this intimately and honestly.” 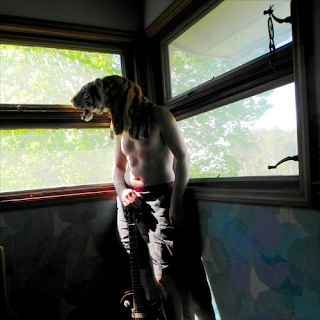 This is not your typical singer-songwriter music - it's accessible but off-kilter and veers off into surprising directions. The "folk" feel of these songs is anchored by acoustic guitar and dulcimer, while embracing instrument combinations that include clarinet, vibraphone as well as some electronic sound. The songs on this record are strange little works of art that are drawn from the search for something of substance and meaning amid all the chaos we see everywhere.

First, why put out an album at all during a pandemic, when there are limited opportunities to perform the songs? "The World Won't Let Me Believe" is why - it's an unabashedly sincere, perhaps even corny, anthem for our times.

You might think the song "Existential Dread" would be a depressing slog in neurotic self-indulgence, but instead it's a sparking, sprightly, dulcimer-driven waltz. And when was the last time you heard a song about quantum mechanics? Look no further than "Super Colliders" which gives a shout-out to physicist Erik Verlinde while tossing in some William Blake for good measure.

Deepfake Moneybomb is singer-songwriter from New York (USA). He could be considered a “bedroom” artist because of his creative process, though he does perform live as well.