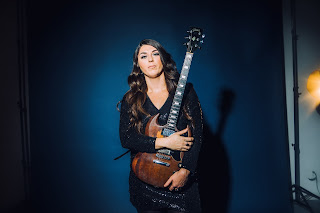 Terra Lightfoot - It's Over Now.

On the heels of her recent announcement of a new studio album, nearly three years since the release of her critically acclaimed album New Mistakes, soulful rocker Terra Lightfoot shares the new single and video for "It's Over Now" off the upcoming studio album Consider the Speed.

"'It's Over Now' first emerged as a slower, more sombre song — about letting go of a failed relationship, one that seemed viable but that ultimately just didn’t work out," says Lightfoot. "In-studio, it took on a new life as a straight-ahead rock song, and I can definitely take comfort in that. The drive of the band behind me puts me in a comfortable space to sing that intense chorus vocal."

Strong, sure-footed and soulful, Terra Lightfoot's new album Consider the Speed sees the artist finding new roots on the road, and at home in her own skin more than ever before. On this Memphis-recorded session, the acclaimed singer-songwriter-guitarist is in top form, backed by seasoned session ringers and captured by Grammy-winning producer Newland and Grammy-winning engineer Mitchell. 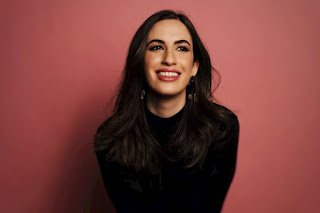 Samantha Tieger - You Light Me Up

Nashville based singer/songwriter Samantha Tieger (pronounced “Teeger”) is celebrating the release now of her eponymously named debut EP which will include one of her strongest tracks yet, the gorgeous ballad “You Light Me Up.”

Tieger’s six-song EP reflects the artist’s intent to shine a light on the joys, heartaches and dramas of interpersonal relationships that both thrive and falter in uncertain times.  On “You Light Me Up,” Tieger finds a sublime solace in the embrace of a healthy relationship and has never sounded as self-assured as on this carefully crafted ballad. “You Light Me Up” was co-produced by multiple Emmy Award-winning producer Ed O’Donnell (Friends, Beverly Hills 90210) and Armon Jay, with Tieger and O’Donnell collaborating as co-writers.

Says Tieger: “In “You Light Me Up” I wanted to focus on the joy, comfort, and liberation that a great relationship can bring. What I love about it is that sonically it represents the peace and calm at the heart of it all.”

On her debut EP, Tieger continues, “These songs were inspired by some of my most significant and emotional experiences over the last couple of years, including the lingering sadness from a sudden breakup, a whirlwind romance, and being physically distanced from friends and family.

I was lucky to work with an amazing group of co-writers and producers to bring this EP to life. I love how the production elements reflect the feelings of comfort, heartache, and confusion addressed in the lyrics. I’m so proud of how the EP turned out, and I’m thrilled to share it with the world.”