"Everly, Foreverly" is Stockholm, Sweden, based Julia Logan’s second single. Like artists Karen Dalton and Jim Ford, she is also searching for solace, sincerity, and quiet human understanding in chaotic and loud times.

“It’s about family and the ties that connect us, even when one of us feels there is darkness and no clear path,” says Julia.

“In the end the unity of the family is a circle that lasts.” Featuring drummer Kyle Crane (Neko Case, Daniel Lanois, M. Ward, Bon Iver) and Peter Morén (Peter, Bjorn and John). 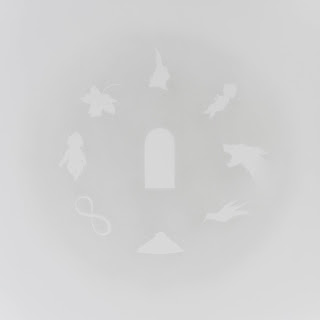 Lore City - Into Your Blue / It's All Happening.

Lore City is an American art rock duo formed in 2011 and currently based in Portland, Oregon. Band members include Laura Mariposa Williams (vocals, keyboard, guitar) and Eric Angelo Bessel (percussion, keyboard, guitar). They met in 2003 as peers in the College of Visual & Performing Arts at Syracuse University. Reconnecting years later, Laura and Eric formed Lore City in 2011 and married shortly after that.

Lore City’s music is born from the transformational power of sound. We hand over words, instruments, and rhythms; trading back and forth until everything belongs to both of us. Until we are indistinguishable. We create from the belief that we are all one, and that we’ve been here before. Song fragments are shimmering all around us, ready to transport. We tune in and transcribe. Deep knowing, alongside the unfathomable unknown, is where we reside. Sonic soundscapes give way to archetypal figures and voices materialize. Sometimes we are just singing along with the ghosts that emerge from our chorus of effect pedals.