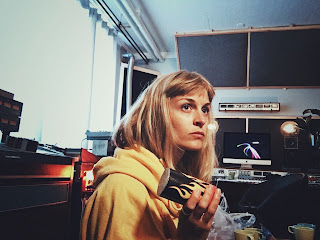 Malmö, Sweden, based singer-songwriter Linnea Hall started her solo project Loaver with a desire to be able to showcase all sides of her experiences and inspirations. On October 30th, debut album 'Fern' is released via Rama Lama Records. 'Forget All About' is the third single to come from the album and is out now.

Loaver on Forget All About: "I wrote Forget All About with Emanuele Maniscalco in Italy last spring. It was a time when nothing seemed to be right. I guess it’s a song about the abrupt changes that arose in the gap between what was gone but at home and the present absence, or perhaps it was the other way around. The horses ran astray in the city. "

Besides Loaver, Linnea Hall is the singer of Swedish experimental indie rock group Kluster B. The band have put out two records since 2018 that besides positive reviews in some of Sweden's biggest music magazines, have received international attention from Line of Best Fit, BBC Radio 6, NBHAP and more, with The Revue calling them one of the most innovative bands in the world as well as opened for Frankie Cosmos, Omni and more. 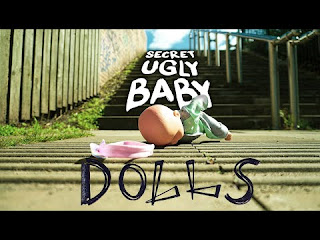 At the end of June Dolls physically released their long-awaited second EP ‘Eggshells’ exclusively as part of the Love Record Stores.  It was once again released with iconic soundtrack labels Mondo/Death Waltz on a beautiful limited edition multi-coloured and etched vinyl LP and digital.

This week they have released that EP digitally, plus reveal a video for latest single ’Secret Ugly Baby’.  Talking about the song, Jade explains "Secret Ugly Baby is your own anxiety, it’s born one day and evolves as you grow up. It’s not pretty and it’s not something that you always want to show to the world”.

She goes on to talk about the video, explaining "The stop-motion video by Michael Foxwell is a fun play on the lyrics. Highlighting the pressures we have from social media and our constant desire to appear like we are ‘living our best lives’... whilst simultaneously falling over!" 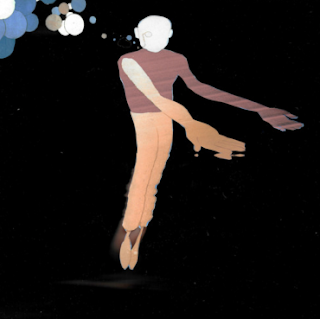 Talking about the song, singer Peter Martin explains that “Cascara is a bit of a downer to be honest. Its about feeling overworked and powerless to change anything. Living alone I realised I would come up with all sorts of wacky theories for happiness that bore no relation to reality and the song kind of makes fun of that.’

The track comes supported by a beautifully monochrome animated video from director Patrick Atkins.  Explaining his inspiration for the video, he explains "There's so much texture and mood layered into this song, it was a pleasure to try to and mirror that on screen and see where it took me. As with the previous video for ‘Dissolve', I knew I wanted to take the viewer on a bit of a journey on this one, and capture what felt to me like real moments of wonder and awe running through a track that's otherwise got a slightly dark mood to it. Something about falling through space seemed to fit, and the rest evolved from there".

The band today announce a special online performance recorded live at Iguana Studio where they recorded both of their EP’s. The set will include the EP and some special surprises. It’ll be broadcast live 8pm October 1st on the bands facebook and instagram pages.