Lee Rogers is a Belfast based singer songwriter and his brand new song 'Haunted' really is a standout track. Lee's vocals immediately resonate with plenty of emotion and raw power, on this powerful folk rocker. ===== Welsh band Buzzard Buzzard Buzzard just released '30,000 Megabucks' whilst announcing a live stream event in December and this feisty alt rock suggests that's going to be a show to watch. ===== Fellow Hollow have created an exquisite new song entitled 'Dog fence weeds' where wonderful vocals and harmonies are matched by a melodic and lovable musical backdrop. ===== CocoRosie have released 'Go Away' featuring Irina Anufrieva today along with a video. Music favorites of ours CocoRosie continue to create and share original and irresistible material and with Irina Anufrieva's contribution this is no exception. 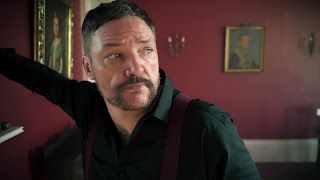 Belfast songwriter Lee Rogers returns with new single ‘Haunted’, taken from upcoming album Gameblood. Combining gravel-lined vocals, Springsteen-esque storytelling and a penchant for melancholy, the result is reminiscent of the likes of The War On Drugs, and The National.

This release marks something of a phoenix rising from the ashes, having been burnt badly along with his record label by corrupt forces beyond their control.

This will be Zenith Cafe’s first project since their triumphant comeback – taking down the banking entities that forced them to shut down 10 years ago (the story has been bought by Sony and is currently being made into a feature film.

When this happened, Lee took some time to pursue his other life as a tattoo artist. Now that the label have finally got some justice, it’s time for Lee to pick up his guitar where he left off.

A fitting soundtrack to long, dark nights and frosty weather, ‘Haunted’ is a take on the classic Wuthering Heights tale of Cathy and Heathcliff, from the latters perspective.

Lee tells us “The idea of telling the other side of Kate Bush’s beautiful take on Cathys story was something I’d never heard before. My wife Nikita educated me on the book and together we wrote ‘Haunted’. I wanted the music, production and lyrics in this song to echo the darker, twisted love from Heathcliffs point of view.” 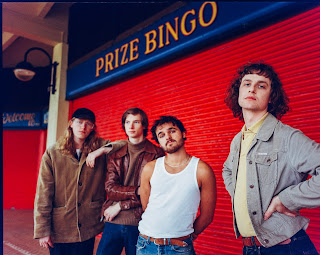 The band have also announced a live stream event THE BEAUTIFUL SHOW, which will combine a live performance from Buzzard Buzzard Buzzard with appearances from some very special guests, all from the opulent surroundings of Cardiff Bay’s Portland House - the building where the first ever £1,000,000 check was cashed. THE BEAUTIFUL SHOW will be broadcast live at 7PM GMT / 2PM ET / 11AM PT on December 9th, and available to watch on demand for 24 hours for viewers around the globe. Tickets can be purchased HERE.

‘30,000 Megabucks’ combines the idea of nuclear devastation with stickin’ it to the man, all while bursting with typical Buzzard Buzzard Buzzard rock’n’roll swagger. Frontman Tom Rees explains: “‘30,000 Megabucks’ was inspired by a seemingly ridiculous but very real request from an old publishing agency that I was with, who wanted £30,000 to release me from the deal. It all turned out fine in the end, but back then I was so furious that I decided to put pen to paper to ‘take down the man’ as it were.

The ‘Mega’ element comes from the total amount of nuclear bombing power required to completely devastate all human life on planet Earth, which is 30,000 megatons. I had been watching a lot of Chernobyl documentaries and also a film called Threads, so a small part of me was quite excited when they asked for £30k because the narrative locked in quite well. For that reason it was sure to be a hit - take that, man! We used to play the riff in sound check just because it sounded like AC/DC and we even played it as one of the walk-on songs on Soccer AM when we were on there. When we play it live it goes on for like fifteen minutes!” 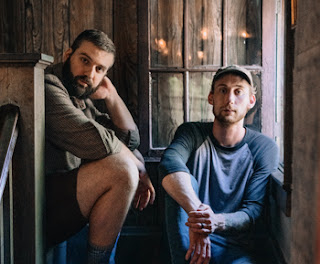 The new Fellow Hollow single "Dog fence weeds" is out now. The second single from their upcoming album, Violet Paper Wings - due out December 4th, is a bit of a departure from their previous sound by making use of arpeggiated piano and synth, live drums, and singer Andrew Gavin Williams pushing up into the higher range of his voice.

Luke Elliot Fleeman and Andrew Gavin Williams came together in Columbus, OH in the winter of 2015 to make alternative folk music. After both being members of a punchy six-piece pop-folk band, Luke approached Andrew with a batch of instrumental guitar songs.

Andrew explains that “They were un/finished, gorgeous, melancholy odysseys that had been in his personal canon for years, written in the throes of seasonal sadness.” Luke enlisted Andrew to help complete them -- record, produce, pen lyrics, and sing. This lead to the two working meticulously every Wednesday for over a year to shape all of this work into an EP.

'When You Love the Same People, You Love Each Other' is the result of the first batch of material they finished. Even then, they left songs unfinished still, and have written more new songs in the intervening year since that release.

Andrew explains that “The songs and words we write are of a world, surreal and real, hanging somewhere in space, somewhere between fiction and autobiography. They're the blanket, and the cold room begging for blankets. They're somewhere soft, deep in the quiet eye of a violent storm. A dry canopy, a wet floor. Seasonal depression and self-doubt, sleepiness and wasted time, geographical places I've never seen, fake mantras, the wisdom of older people, and mourning for what was taken from us in childhood.” 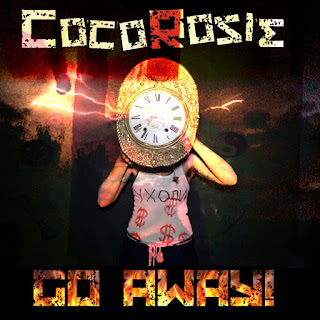 Following PUT THE SHINE ON, released last Spring, and the collaborative anthem “End of the Freak Show” HERE feat. ANOHNI, Brooke Candy, Big Freedia and Cakes da killa, released on October 7, 2020, CocoRosie now release their new single,"GO AWAY!". In response to the rise of fascist dictators around the world, and especially, the current atrocities in Belarus, CocoRosie teamed up with Belarusian artist Irina Anufrieva and producer, friend, and long time collaborator Dave Sitek to create the outraged protest song "GO AWAY!".

After the Belarusian election was stolen by the current dictator, the vast majority of Belarusian people took to the streets to protest peacefully for their livelihood and democracy. In response they have endured being mercilessly beaten, jailed, tortured and even murdered. Many have disappeared without a trace.

The solidarity, strength and integrity of the Belarusian people has moved CocoRosie deeply and opened their eyes to what is possible in the face of violent, tyrannical adversity. The list of countries being terrorized by their own corrupt governments is too long to cite here.

The parallels between Belarus and the United States are evident and highlight the abuse of power and a pervasive unethical system, as well as, the all too familiar image of a single man spitting in the face of his "own" people, threatening to never GO AWAY!

This song also speaks directly to the hateful man currently in the seat of "terror" in the United States and its history of systemic racism resulting in the perpetuation of police brutality against Black People.